Guys over at SimLogical made a first Animation Mod for The Sims 4 that replaces the Lazy Trait animation in Create A Sim. This is not the first type of Animation I imagined, but hey, they at least proved that modding Animations is possible! 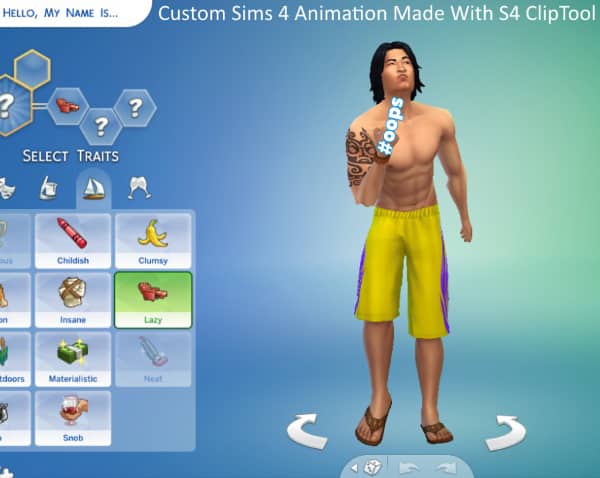 The Sims 4 is coming.  Many of us have seen demos and some of us are even lucky enough to have the CAS Demo.  Thanks to friends that do have it, we were able to do some testing with The Sims 4 CAS demo and update the Blender plugins so Sims 4 animations and poses are now possible.  Orangemittens has tested the plugins and created this new test animation.  The download is right below the picture.Because the only way to play an animation at the moment is using a default replacement, this first custom animation is a default replacement for the animation you see when you select the Lazy Trait in the CAS demo.   You will need the Sims 4 CAS Demo to play this animation until the game is released.

You can find out more about this Mod HERE!

LadyDoodlebug also made a small Video of this Mod and what does it do. Check it out: