In a series of mysterious signs and e-mails we’ve gotten over the last few months, the e-mail we received today really stands out and contains not only a cryptic message with only 4 bullet points but also a render that looks pretty legit. Here’s what it’s all about:

An anonymous sender sent an e-mail to us with a subject titled ‘‘City Life”, only including the snippet of a render down below and a list of features that seem to be related to a leak that recently surfaced related to The Sims 4 City Life being the 3rd Expansion pack:

Down below you can see the potential EP3 render screen, which kinda seems to be scanned from a printed piece of paper. It also has a potential of being a render of City Life’s box art. 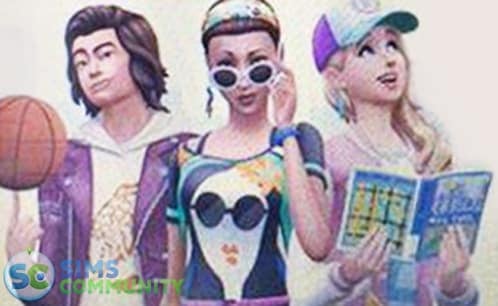 The e-mail was sent to us by an unknown person who presented himself/herself as ”Sim Nonymous”. 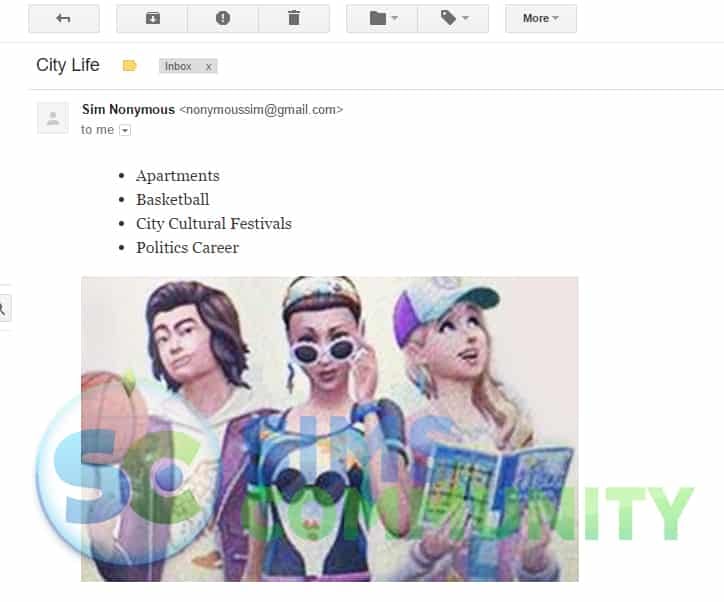 In case you don’t know, just 2 weeks ago a listing for The Sims 4 City Life surfaced on an official rating board in Brazil.

For now, this ”finding” is classified as an unconfirmed rumor until proven otherwise. Still, look at that beautiful render!