YouTubers are starting to report that some of their Sims 4 videos are getting copyright claims from a user named “Jarrh3jmi”, which forces them to give their revenue to this user.

YouTuber Fritosaurio talked about this on Twitter, saying that his video got demonetized and received a copyright claim by this user even though he followed all the rules.

After further investigation, he found out that the reason why he got a copyright claim was because he used the following song “made” by Jarrh3jmi:

Sounds familiar? That’s because it is – it’s a stolen soundtrack from Illan Eshkeri who composed this music for The Sims 4 Vampires Game Pack!

However, this situation doesn’t stop just here – this person also put “his work” for pre-order on iTunes which should be out next month. We’re 99% sure that the rest of this EP is stolen work from The Sims 4. 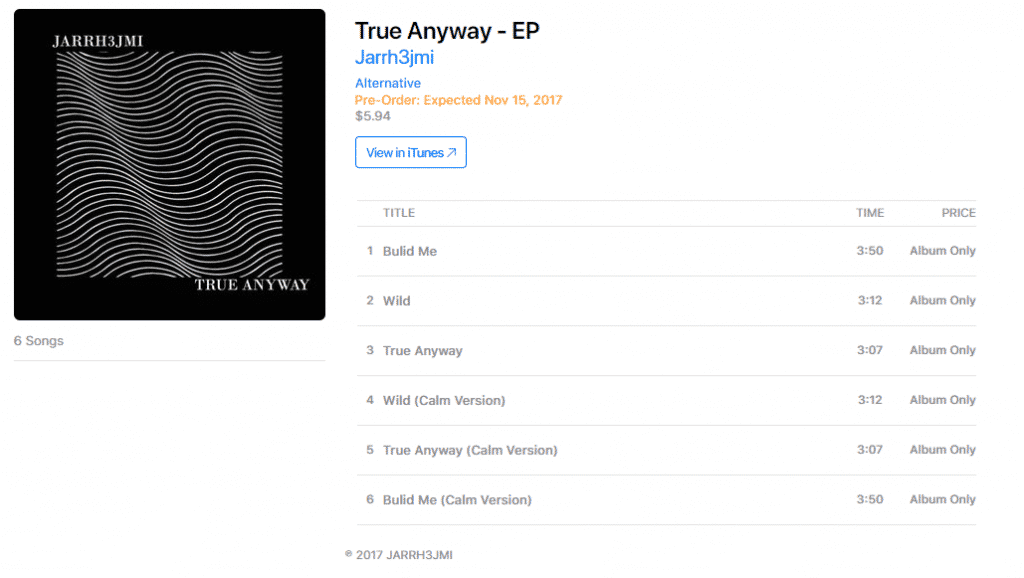 I wouldn’t be paying so much attention to this if YouTubers weren’t affected by this. So far 2 simmers have reported that their content received a copyright claim because of this stolen song which rightfully belongs to Electronic Arts.

Hi @SimGuruGraham I just wanted to let u know that someone stole Ilan Eshkeri’s Vampires GP Music and they’re selling the song as their own: pic.twitter.com/s7SfJkiAbf

I had a copyright claim against one of my YouTube videos because of this today! 😤

Got a copyright claim by someone who steals music from @TheSims !!! Also other simtubers have the same problem. pic.twitter.com/z9fk3fktFt

We contacted EA about this issue and will make sure to update this post as new info surface about this situation.