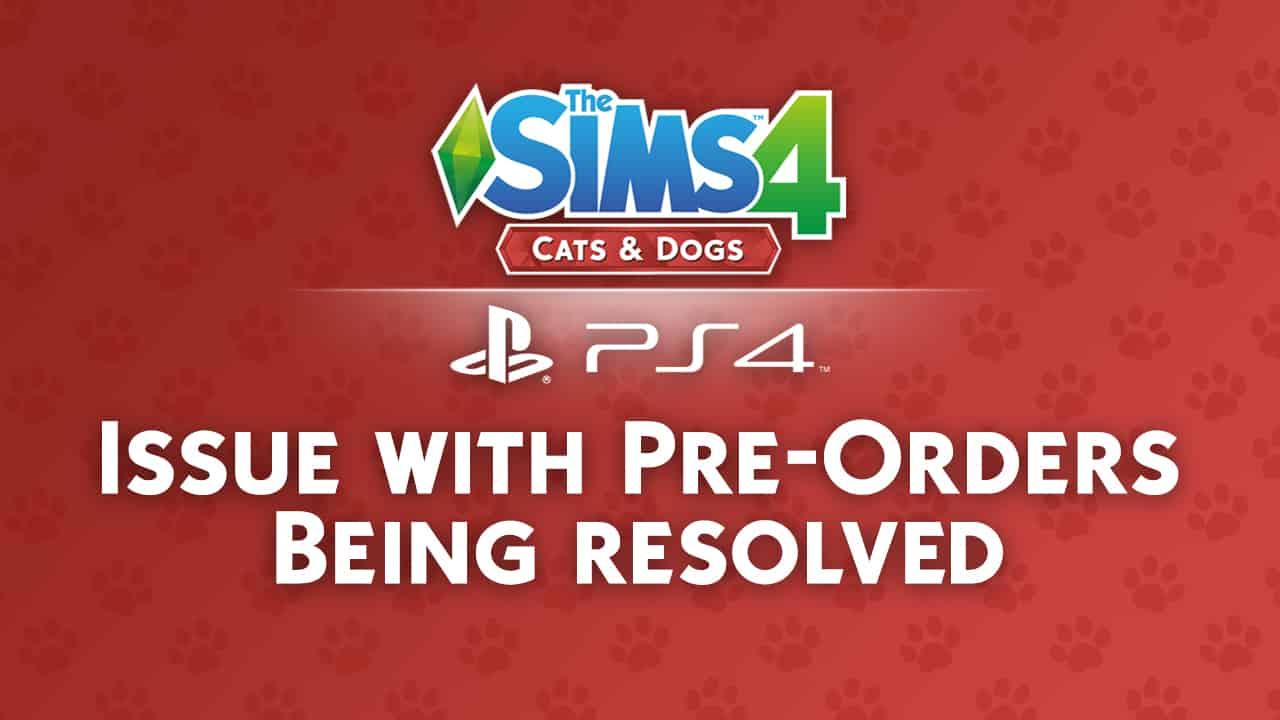 UPDATE: The issue seems to have been resolved. We also got an official response from The Sims Team about this issue, saying:

Simmers that pre-ordered The Sims 4 Cats & Dogs on PlayStation 4 in North America. You should now be able to download the pack and the theme by visiting the PlayStation Store and downloading (find it under “Choose version” option and select the one labelled “FREE”) or going to your Library and downloading from there.

If you were faced with the NP-39227-3 error, you may need to restore your licenses.

Numerous simmers who have pre-ordered The Sims 4 Cats & Dogs Expansion Pack on PS4 are reporting that they’re still unable to initiate the download process for the game even though the game has been out for a few hours.

The Sims Team is aware of the issue and is trying to resolve it with Sony according to SimGuruLegacy. We’ll update this post as soon as we have more information on this issue.

We have word that Sony is reviewing a solution and are pushing to get it deployed. We don’t have exact timing of when that will be, yet.

We should have information soon. Sony is making changes as we speak, we are just waiting for the all clear.

You’ll need to go to the Store and manually initiate the downloads for the pack and your theme.