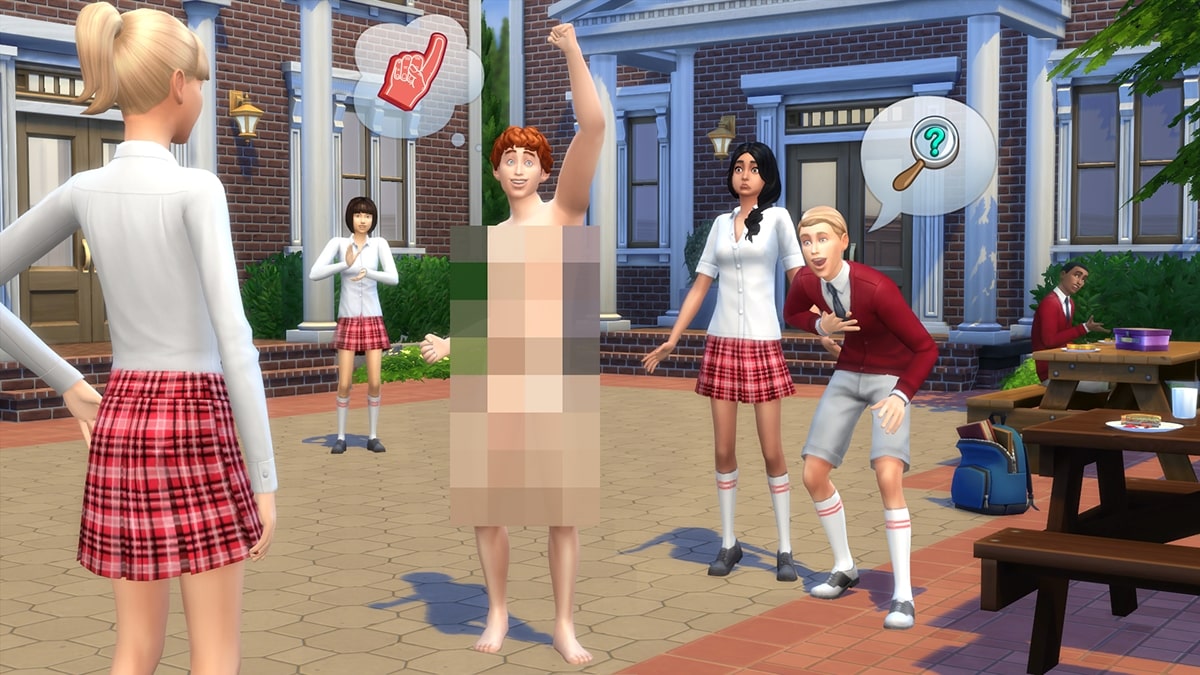 University. It’s a word that kept going and going for a few years now. However, it was silenced by a constant need of a proper Seasons Expansion Pack. Immediately after Seasons’ announcement The Sims Team’s official social media were filled with requests for University to be the next Expansion Pack for The Sims 4.

Weeks went by and the rumors and speculation about University happening started tumbling around out of the blue. I’ve been following The Sims 4 since its start and all the rumors and speculation for Expansion Packs had to come out of somewhere – whether its a premature retail listing, a leaked listing on a rating board or icons and boxarts and words found deep into the game code.

Still, it’s really fun to see the speculation gearwheel still being turned and see what others expect from the next iteration of a University Expansion Pack. That’s why we asked our followers why they want University to be the next Expansion Pack as well as what they expect from it. Here’s how the community responded:

I’d love to see a university pack that is different from the others where it’s not just uni but private schools (return of the headmaster?), boarding schools, uni in home neighborhoods to do online or part-time schooling. I think it would make Sims more interesting with more

for them to do besides the daily rise and grind. Going to uni (private or boarding school) should give Sims a boost in their chosen careers or unlock different career opportunities. Is your Sim an artist, but wants to be an architect, go to uni and pursue it. A teacher but wants

to be a headmaster, go to uni. There’s so much opportunity in an overall school type pack to enrich the lives of our Sims beyond the sororities, frats, and streaking. My hope would be for it to be a large expansion pack with previous features with a twist. Also bunkbeds, murphy

Because I never went to university and I want to live vicariously through my sims, even more so than I do already

The storytelling! Not even to share, but for myself. Now, my sims jump from high school to whatever work, and it feels like there’s something missing, no way for them to find their road in a way that makes sense 😄 They’re also missing very rich years, for better or for worse…

Realisim, that’s all really. It just seems weird to have my sims be able to get into a proffession with no degree. Some careers I wouldn’t say need a degree tho like criminal or part time jobs.

The university pack basically became it’s own sub-game within The Sims and just added so much more to do in their lives.

(Also, in my games, I’m obsessed with skill points and learning, so the university pack was a whole lot of fun for me)

I think it plays into the entire wish fulfillment aspect that drives the game- dreaming of what it will be like when you get there-dreaming of going back and doing it differently-doing it at all. It’s another part of being able to play out our life with our ideal script. 😀

Because if I have to suffer through uni, so should my sims 😂

I NEED new and reward careers! And I’d really like a life after high school for some of my more ambitious sims. 🙂

The team seem to really be striving for realism and attention to detail and this would simply add yet another layer to the game.

It’s a system in the game that’s currently lacking a lot of depth. Right now, sims just disappear for the day and come home with homework. I would love to be able to go to grade school or high school with my sims for the day and be able to send them to college like in Sims 3.

It’s nice to be able to continue on with a sims life. Just going through high school and instantly entering the work force gets kinda tedious after awhile. Plus, it’d be interesting to see the social dynamics and such between these young adult sims. #sims4

Sure but i also would like to have the sims get a tan/sunburn since we have seasons and also going to the beatch and swim in the oceans/lakes. And maybe something new something we did not have in the previous games.

We need drivable cars and bikes. Before they can go to college.

I don’t want it. Just give me fame and celebrities. pic.twitter.com/HJTGfvu6wB

Do you see University as the next Expansion Pack for The Sims 4 or do you feel like there are better themes that could be covered? Let us know in the comments!