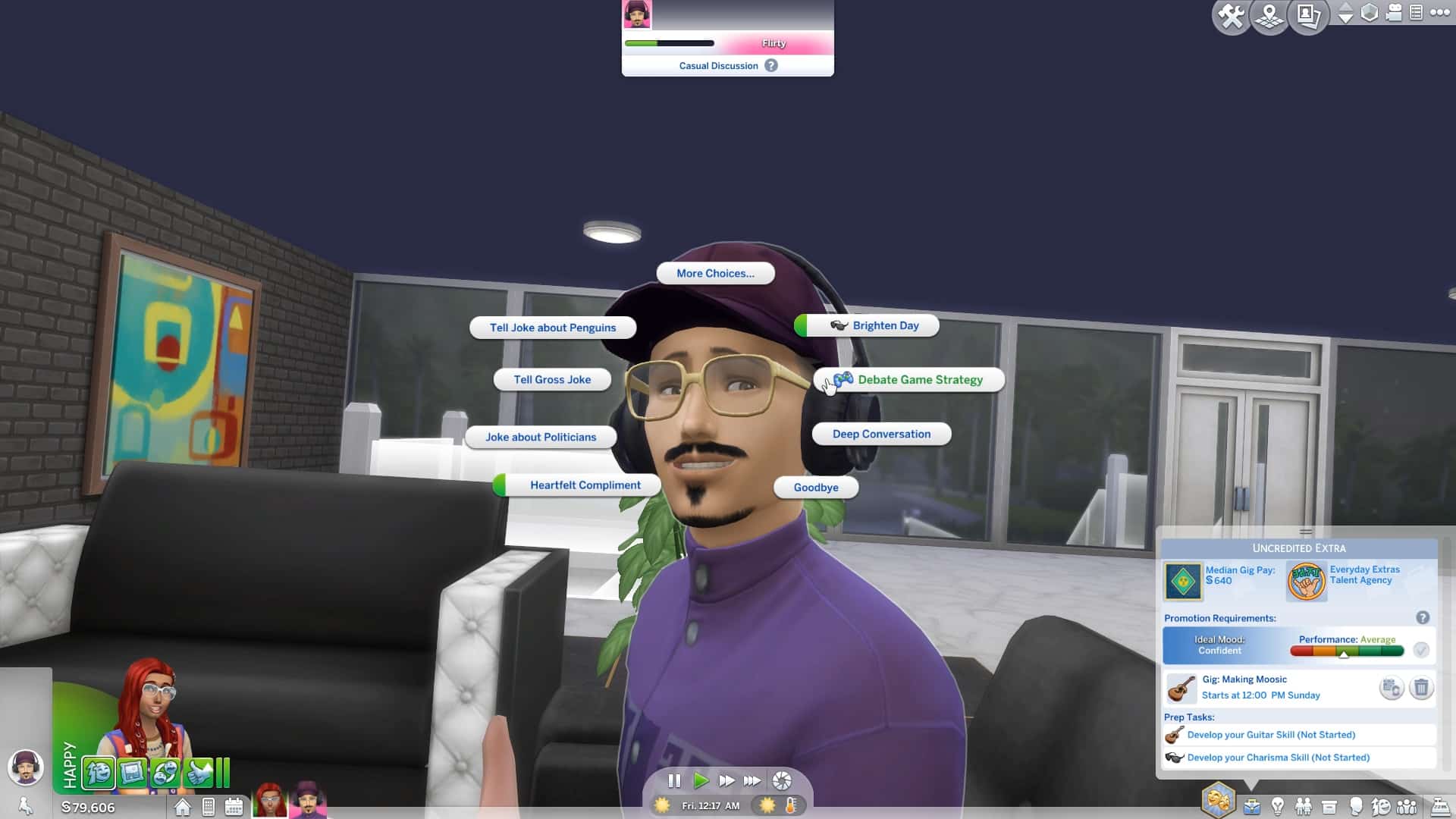 On the second day of Sims Camp 2018 the entire group of simmers was greeted with a very interesting surprise during the presentation. Other than some general features from The Sims 4 Get Famous shown off by SimGuruNinja, SimGuruGraham hopped on the presentation stage to reveal a very interesting feature coming to The Sims 4 Base Game – the First Person Camera. Almost the entire crowd of simmers gasped (myself included) considering that it was a whole new way of playing The Sims 4. However, impressions about the feature slowly settled and it was interesting to listen to feedback from some of the Game Changers. Some were pleasantly surprised with this feature and couldn’t wait to get their hands on it while some were simply not into this addition which was completely understandable. 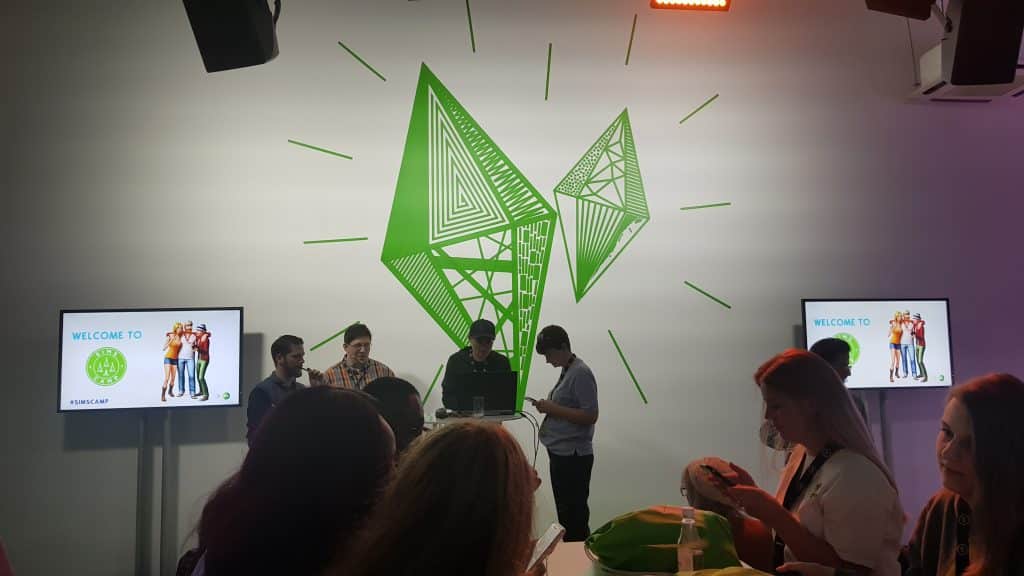 Keeping the First Person Camera a secret wasn’t too hard for me considering it’s just another fun feature coming along with a huge game update for The Sims 4 this November. However, I was (and still am) very excited to show it off and play with it once it fully comes out and I know a lot of people who feel the same. Still, I was in a very critical mind considering that the entire group of Game Changers has separated into people who love and people who hate this feature – there was almost no inbetween.

So, it didn’t come off as a surprise to me when the entire simming community started reacting differently to last night’s announcement. There were many tweets saying how the First Person Camera will completely change the way they play the game, some were wondering why The Sims Team even added any effort into creating this feature while some were simply not able to process the entire Maxis Monthly livestream due to vertigo – which, once again, is completely understandable.

Watching the Maxis Monthly Livestream Chat last night was definitely a rollercoaster – with people either describing the feature as “really cool” or as “completely useless”. Before I get into the good reactions, I’d like to point out the fact that the First Person Camera wasn’t created by a lot of people nor did it take any of the resources that would’ve possibly gone to some other features. Instead, the First Person Camera was developed by SimGuruGhost in his free time. As SimGuruSteve described, this mode was created out of curiosity and fun:

If it’s not absolutely, positively clear – first person camera was added by basically one person on his off time. It started as a joke working late one night and we added a little more official effort to polish it a little (camera smoothing, don’t draw the head, keyboard input)

Then, @SimGuruGhost continued to add features on his own time like interactions, go here, releasing the mouse for ui, allowing the camera on pets, etc. At some point he was asked “If this will affect your Terrain Manipulation work, fpc can be cut” and Greg made sure it didn’t.

We asked our followers on Twitter on the topic of what they think about the First Person Camera Feature. Some people were really excited to play with it…

I’m pretty excited. The Sims is a life simulator themed game after all and I think a first person camera can improve the simulation feeling. I think we will be able to some pretty cool stuff with it.

I love it and I know that I’m going to use it a lot when my Sims swim, go jogging, paint, to kill time while they do the action. I also plan to use it in Selvadorada, I’m ready to get lost!

Honestly something I’m looking forward to! It’s cute and a fun little feature we’ve never really had before and I’m excited 😊

..some were either happy for others or disappointed in the feature and were left wanting more…

It’s not really for me, but I’m proud of @SimGuruGhost that made it on his free time. That’s dedication!

I mean, I’m not that big of a fan of it. Expected something a lot better. I do’t plan to play with it personally, but that’s just my opinion.

Won’t use it at all, 1st Person camera doesn’t seem like a game-changer to me either

..while some were deeply concerned about how First Person Camera could (and did) trigger motion sickness.

I get motion sick very easily. I had to leave the livestream after a few minutes because I was feeling ill. I might use it to take pictures or get a new still view of something but it isn’t a feature I will actively use.

Not gonna use it due to motion sickness

No it makes me ill and sets off my vertigo. I won’t use it

Also, some could only think about what this feature could do with Wicked Whims (if you don’t know what that is we encourage you not to Google it if you’re below 18 years old)

I’m probably only gonna use it for Wicked Whims!😂😂

Wicked Whims is about to get much more realistic

Whatever your opinion on this feature is – remember that you’re not the only one who thinks that way which is perfectly okay. This is a feature developed during developer’s free time and it’s an optional addition that you can choose to play with 24/7 or just opt out completely by not pressing Shift + Tab.

The upcoming update for The Sims 4 will bring more than just the First Person Camera. So, if this feature is not your cup of tea, there’s plenty of more features that you’ll get to enjoy for free in just a couple of days!