Yesterday TheSims.com has updated their website with a new banner – hyping up the upcoming Summer of The Sims that’s been announced a few weeks ago!

Right below the banner they’ve also listed 3 things that have happened (and that are about to happen) during this Summer of The Sims: 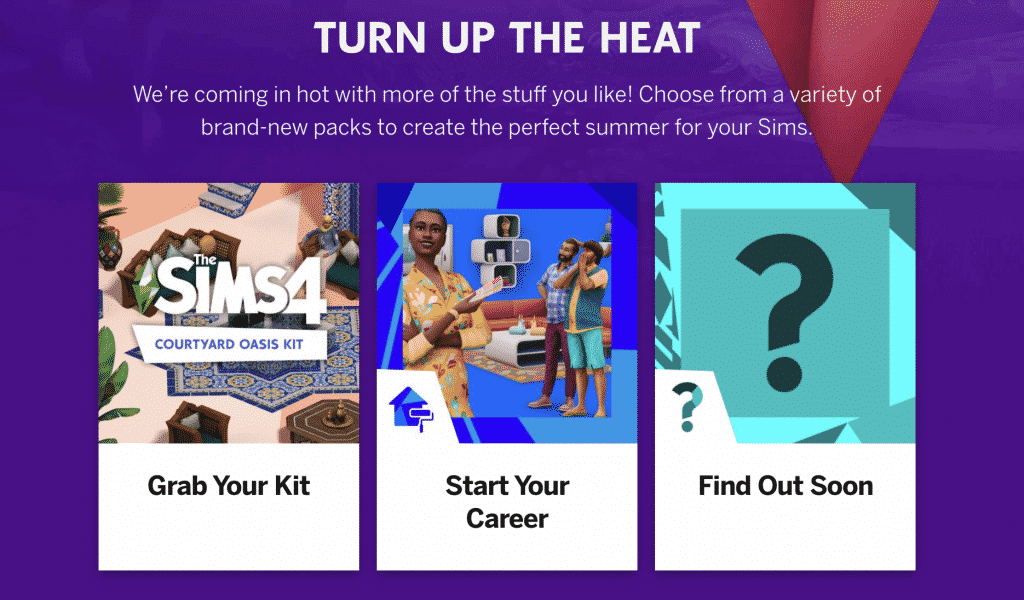 We’ve tried to see if any clues or hints were left in the web code of this landing page but without luck. The Expansion Pack 11 cube has been embargoed with the “ts4-tile-events-expansion-embargo.jpg” name.

The only clue we have about the upcoming Expansion Pack so far is “Bond with Nature” which they’ve used to describe this pack in their Summer of The Sims Lineup.

You can check out the full lineup below: 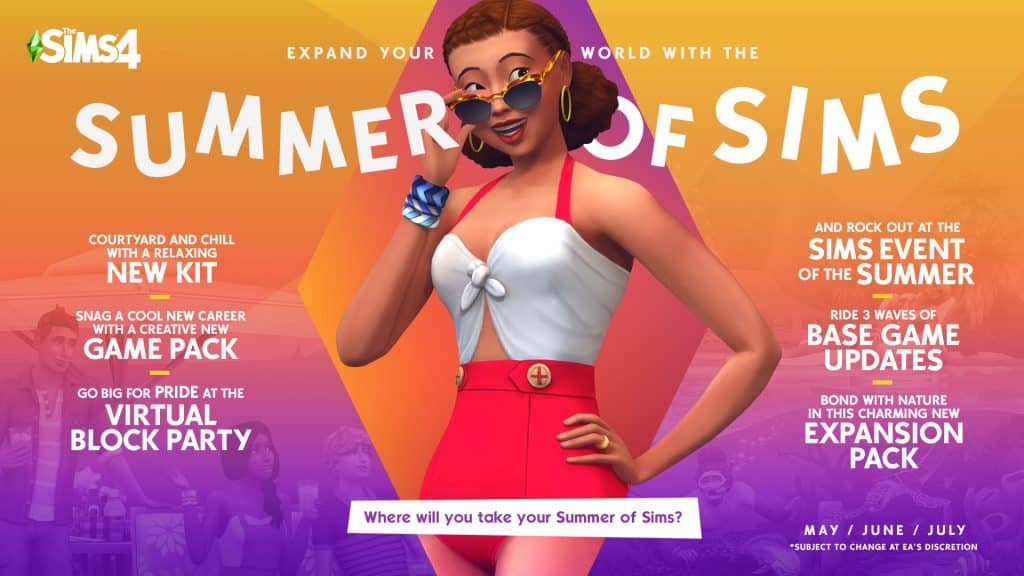 We don’t know yet when the team will announce the next Expansion Pack considering Dream Home Decorator Game Pack has just been released, but we also have just a few weeks left of the lineup schedule.

What do you think the next Expansion Pack is all about? Let us know in the comments!