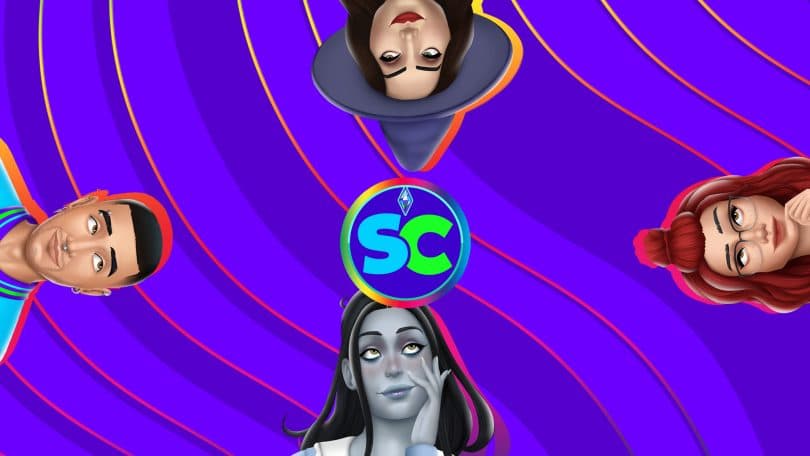 How The Sims Franchise gave me a Nervous Breakdown

I am going to begin this article with the way I usually begin things – very confusingly and all over the place.

Yesterday was probably the worst day at work I had. Yes, I say Sims Community is my workplace now. It’s been an incredible rollercoaster of emotions that I’ve went through over the last couple of months ever since I started antidepressants in beginning of January.

But it’s not just me anymore. I lead a huge team of people working on the website. The amazing Krista who has a lot of amazing knowledge into the community side of things. SnarkyWitch who has incredible knowledge about writing and if she ever went to an imaginitive university, I’d say she has a Bachelor’s Degree in The Sims. And Nina which just recently started working on Sims Community who has been an incredibly driving force of keeping my thoughts together, while bringing creative new ideas to the table.

It’s been an incredible journey so far with Sims Community. Having to admit mistakes that you’ve done in the past is probably the hardest thing. Because it’s essentially who we are as human beings. Tripping over the smallest of mistakes and seeing them as the grandest of failures.

That’s a lot to take in, right?

You have to be professional. You have to hold up to your brand. You have to give people what they want otherwise people will get emotional and start telling you things out of pure emotional response and love for the game. It’s a constant synergy of matter that’s stuck in a neverending loop.

You might think I’m possibly going through a manic episode right now saying all of these things that don’t really make a lot of sense, but let’s simplify it then. Just like we simplified our brand. That’s evolving, breathing, allowing to get bruised and get back up again, stronger than before.

Yesterday, like I began with this article piece, was the worst day for me in the history of working on the Sims Community website. The Sims 4 Werewolves Game Pack was announced. There was so much information to catch up to. So much creative direction to give to our amazing team members. The people working on the Sims Community website. And so, so much more that goes on behind the scenes at the very moment.

On top of all of that, EA accidentally leaks The Sims 4 High School Expansion Pack on their survey. I run a website that primarily also focuses on covering leaks, shouldn’t I be excited about this whole thing?

The thing is – I’m not. I’m tired. Exhausted. Emotionally drained of constant emotional rollercoasters that I get to witness with each Pack cycle as they come and go for this series. It’s a neverending loop of constant thinking about whether I should be excited about a Pack or hate it because the community passionately responded that they don’t like something related to it.

Sims Community is approaching 10 years next May. We just turned 9 years on May 21st. And I realized that things cannot work the way that they used to. Because it’s emotionally draining my team members. Who had to be on the frontline of homophobic attacks after The Sims Team announced a beautiful Customizable Pronouns Update for The Sims 4. My team members didn’t get to enjoy the Update at all. They had to defend our website and social media platforms from a real life issue – Transphobia and Homophobia. There was also racism when the Skin Tones Update for The Sims 4 came out. There were so many things that my team members and I were on the frontline of, and I’m sick of the fact that none of them get to enjoy playing The Sims 4 anymore.

Not because there’s too much work to do. But because the way things are being communicated right now between The Sims Franchise and The Community itself is a neverending loop that started happening since the release of The Sims 4, and the announcement that the game would be a Live Service.

I have a Plumbob Tattoo on my right leg. I’ve went to so many official Sims Events where I met so many good and loving people. So many of them are my very good friends today. And they’re also on antidepressants. Some of them have been for so many years. All because of the concept of burnout that we as a community learned to live with. Instead of trying to figure out the main reason what’s causing it, and how to fix it.

Truth be told, I just want to get to a point one day in the future where I can just open The Sims 4 and not think about things. I am tired. Tired of leaks. Tired of the way things are being handled in the community.

I had a nervous breakdown after The Sims 4 High School Expansion Pack leaked yesterday. It was bad. Because I couldn’t believe that a project like this leaked in such a dumb way. But after all – The Sims 4 is a Live Service. Leaks will happen. Happens with Fortnite. Happens with Apex Legends, happens with so many different Live Service games that to many communities they are a normal thing.

But to the community for The Sims, they are seen as wrong, awful, against the brand and plans that they have.

To an extent that is true. But you also need to remember that those are some huge expectations for a life simulation game. That lives and breathes as well, along with the people who play it who also live and breathe. And just want to relax and play The Sims. It’s really that simple.

The breakdown that I had last night has allowed me to look things retrospectively, and think about all of the experiences I went through as an Administrator for the Sims Community Website.

Did you know that somebody accussed me in August 2017 of having Tuberculosis so I couldn’t go to my first ever event for The Sims 4? It was the Cats & Dogs Event in San Francisco. It was my first time going to America. And I had to pay $200 to prove that I don’t have tuberculosis to the US Embassy and EA, so I don’t “infect” anyone working there. Those are all valid reasons.

There are so many wild stories here that happened behind the scenes while working for Sims Community. And the best thing about them? Accepting them for what they are. Emotional responses, even from the person who accussed me of having tuberculosis.

For some reason, the concept of Branding, The Sims Franchise, and the community itself that holds the pillar of a brand together are divided into two sides. Either good, positive, toxically positive to bad, negative, toxically negative. And I am sick of those comparisons, because they are just not true at all. And cannot be applied for a life simulation.

They cannot be applied to real life in general as well. It just doesn’t make any sense to have things black or white. Because the concept of having to choose sides is mentally exhausting. And it’s what almost destroyed me last night.

The Beauty of Making a Mistake

Instead, as I’ve reached over 1000 words long ago in just 10 minutes without even double proofing what I just wrote I’ll leave you at this:

It’s okay to make a mistake. It’s okay to be disappointed in your own work leaking. But it’s also okay to recover. To get back up and be stronger than before.

For the end of this article here’s just an example of how many mistakes I had to make in order to get the perfect Pride Branding for Sims Community that I wanted:

I have so much to say, but so little time. I am about to leave in two hours for a trip to Milan, Italy with my Brand Designer and Code Expert to chill out, have a few beers and think about what we’ve accomplished so far. We really, really need this. Oh, I’m also going to be screaming my lungs out to Charli XCX. OOOOooooOOOoooOOOoooOOOoooOOOoooo I LET THE GOOD ONES GOOOOooooOOOooooOOOo

Until then, enjoy the Pride Wallpapers, and be proud of the human being that you are. I know it’s such a cliché, but in the end clichés are something we shouldn’t shy away from.

I am so happy to finally tell you guys that I’m tired. Really tired. And that I’m going on a series of vacations to rethink stuff. To plan stuff more calmly. To make this the best website ever, for a creative community that needs it now more than ever.

By using the methods of accepting failure, Sims Community has only managed to grow upwards. Especially in 2022. And we cannot wait to reveal new methods of Sims Community. But step by step. Little by little.

We asked people in The Community on Twitter what they think about the extremely difficult period of yesterday. Specifically, what did they feel:

And the replies are still gathering up. If you want to join the conversation, please do! I want to see what people have to say about this. What they feel. How they interact with each other.

The reply from KaiwryPlays saying that it was Overwhelming is correct, and even an understatement of yesterday:

I had so many people ask me how do I have the energy to do all of this for Sims Community. The answer is simple – I love the game. However, it’s getting harder and harder to keep up with my love and passion towards the game, and the lack of proper communication.

Talk to you next week,