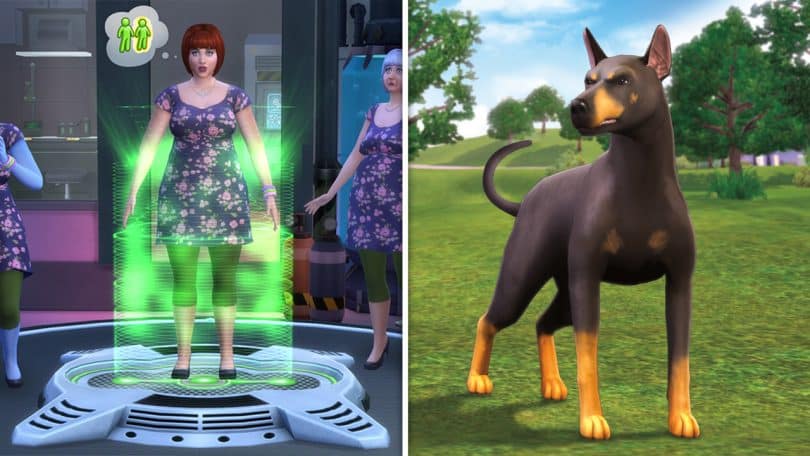 Yesterday we published an article about EA’s latest patent that will allow you to scan faces through images – importing the facial features from selected images onto a character model. The patent has been submitted in April 2020 and published this year, with some of the examples taken shown from The Sims 4’s user interface.

However – it turns out that this isn’t the only patent submitted by Electronic Arts that talks about new technology for character creation. We got a tip from @DancerChip regarding numerous patents that have been published over the last year or two with talks about groundbreaking technology that’s now in EA’s full ownership. Before we dig into each submitted patent please be cautious with the following information as nothing had been confirmed. Although there’s no official mention about The Sims being related to this technology, the patents come with plenty of examples of imagery that resemble The Sims Franchise.

This patent has been submitted just recently in March 2021 and got published this October.

The patent talks about groundbreaking technology that will allow the player to create a character from real life footage. The crazy part about this patent is that it suggests creation of full body character meshes, textures, clothing and animation all generated from the footage provided to the technology.

Systems and methods for generating a customized virtual character are disclosed . A system may obtain video data or other media depicting a real person , and then may provide the obtained media to one or more machine learning models configured to learn visual appearance and behavior information regarding the particular person depicted in the video or other media . The system may then generate a custom visual appearance model and a custom behavior model corresponding to the real person , which may subsequently be used to render , within a virtual environment of a video game , a virtual character that resembles the real person in appearance and in – game behavior 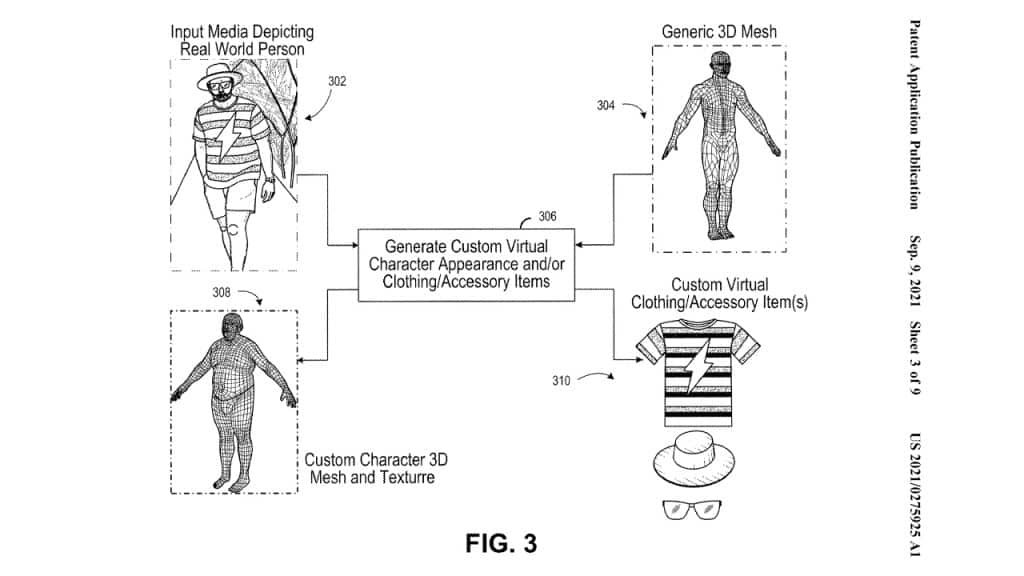 The patent later explains how the character creation from provided footage would be done in-game. To simplify the workflow of this suggested technology here’s how it would work: 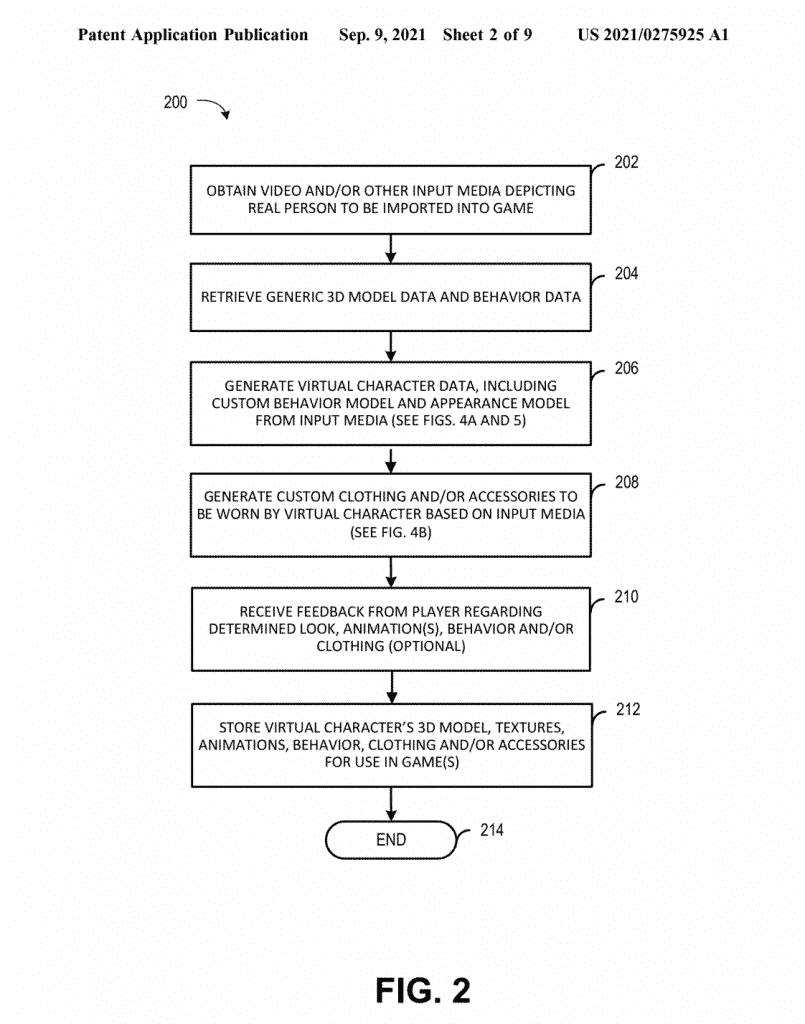 The surreal part of this proposed concept is that the technology would automatically generate textures from the footage provided. So for example – you could be seeing a texture from a T-Shirt you scanned onto a T-Shirt in the game.

A similar process would also be used for things like character behavior, look and even animations. 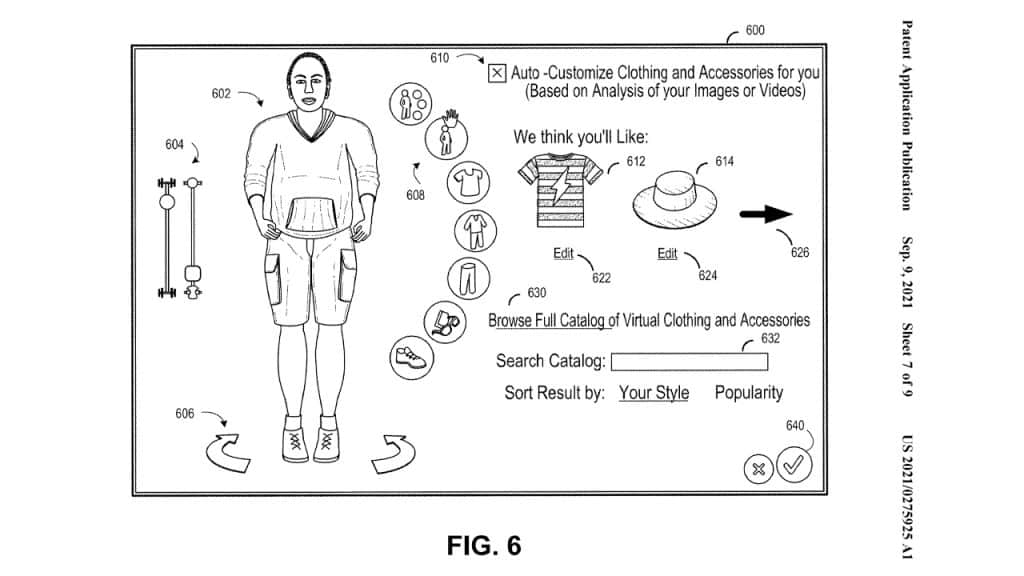 The patent also talks about creating custom animations from footage that you’d be able to import in the game for various purposes.

There is also a concept included below with some of the purposes for the custom character animation that you capture. The patent proposes possibilities to give your animation a name and a purpose, as well as set a custom rule on when the animation will play out for in-game use. 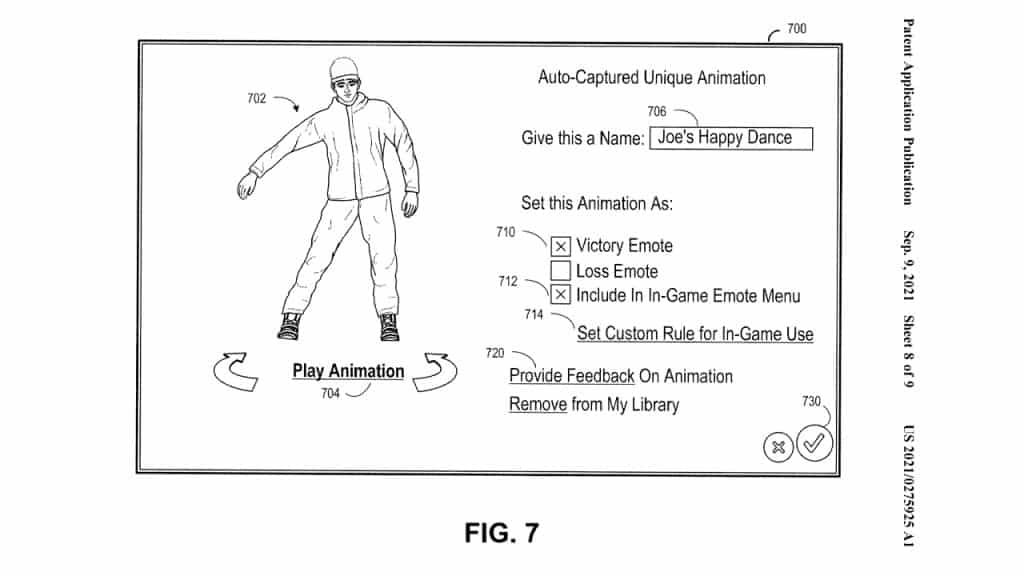 Okay, but what about bringing real life pets into the virtual world? EA has secured a patent for that concept as well.

This patent dates back to March 2019, and has been published in October 2020.

The patent talks about creating animals in the game from the media provided. That includes importing both animal appearance and behavior into the game. Check out the summary of this patent and one of the examples illustrated below:

Systems and methods for generating a customized virtual animal character are disclosed . A system may obtain video data or other media depicting a real animal , and then may provide the obtained media to one or more machine learning models configured to learn visual appearance and behavior information regarding the particular animal depicted in the video or other media . The system may then generate a custom visual appearance model and a custom behavior model corresponding to the real animal , which may subse quently be used to render , within a virtual environment of a video game , a virtual animal character that resembles the real animal in appearance and in – game behavior 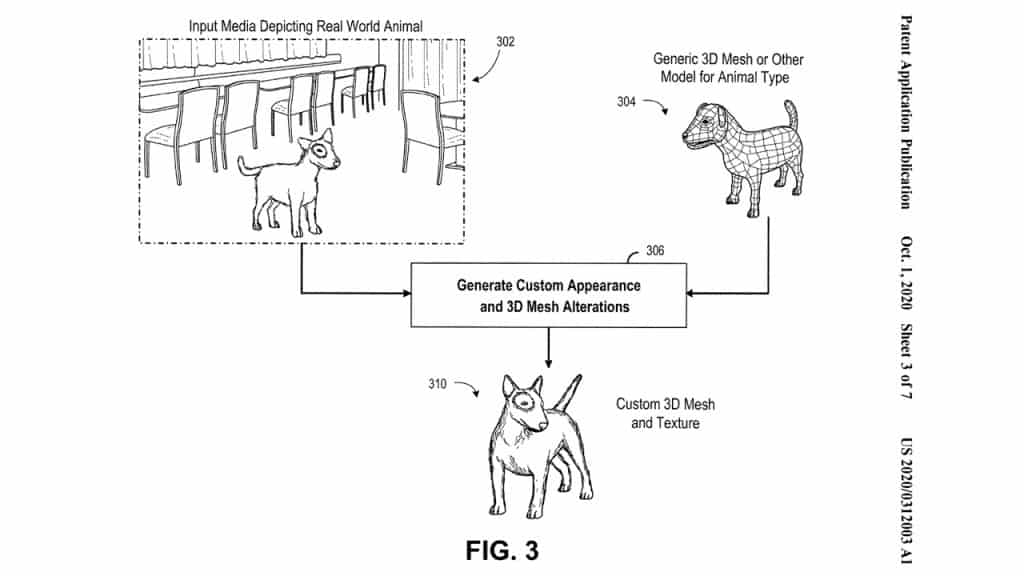 The workflow of this technology is as follows:

The patent has also shown a concept of what one of the final prompts could look like: 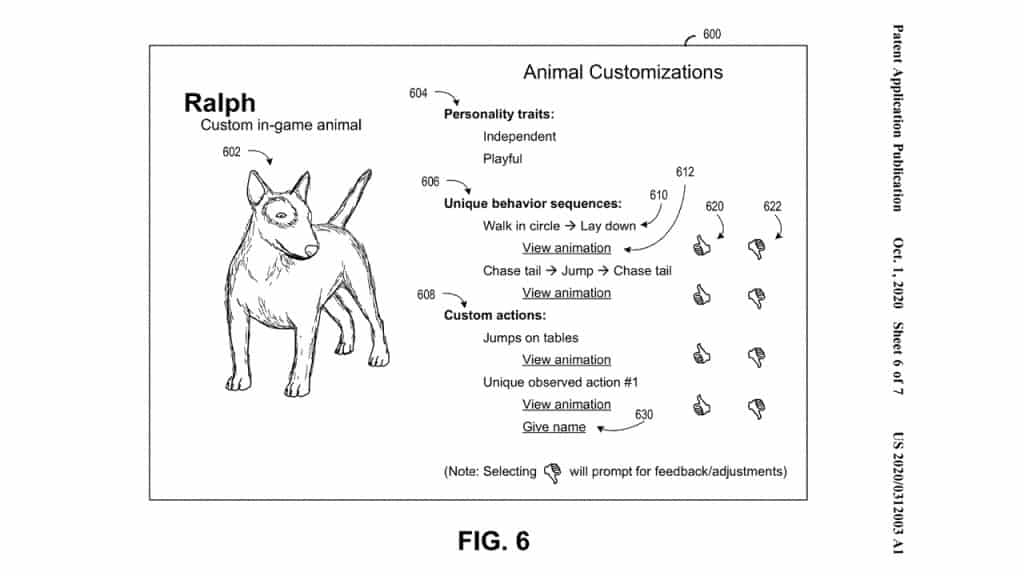 There are more patents that @DancerChip sent over to us that could be related to The Sims, but are not necessarily related to the game. Check out his full analysis of each patent:

The following are interesting features that the R&D Team is working on but could not find any indication that they relate to the Sims:

So, what does this mean for the future of The Sims? It is my responsibility as a reporter to remind you again that these could be just concepts that are not yet fully developed and tested out. However, EA is now in full ownership of this proposed technology and could be using it in any of their future titles. Still, the two patents that we’ve explained in the beginning of the article hit closest to the gameplay we have in The Sims.

If this technology ever becomes a reality, it wouldn’t surprise me that EA introduces it in their next generation Sims Game. Still, at this point that is just speculation.

Until then, rest assured that The Sims 4 still has years of content planned out! There are multiple Maxis Studios and teams working on multiple projects.