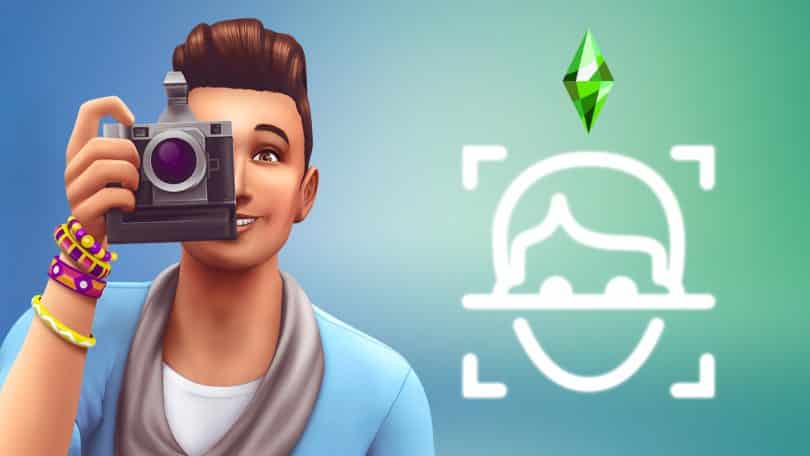 Have you ever wondered what would it look like if you could turn yourself or others into Sims with just two clicks? The Sims Team wants to introduce a new method of creating Sims characters in the game that will allow you to do just that!

In the latest patent filed by EA in April 2020 and approved in October 2021, the team wants to introduce a new way of creating characters in the game through image processing.

As explained in the official patent, the team talks about AI technology that will allow for you to upload one (or multiple) images of characters and faces of your choice. The face from the image would then be converted through the patented technology into an in-game character with corresponding facial features from the submitted images. 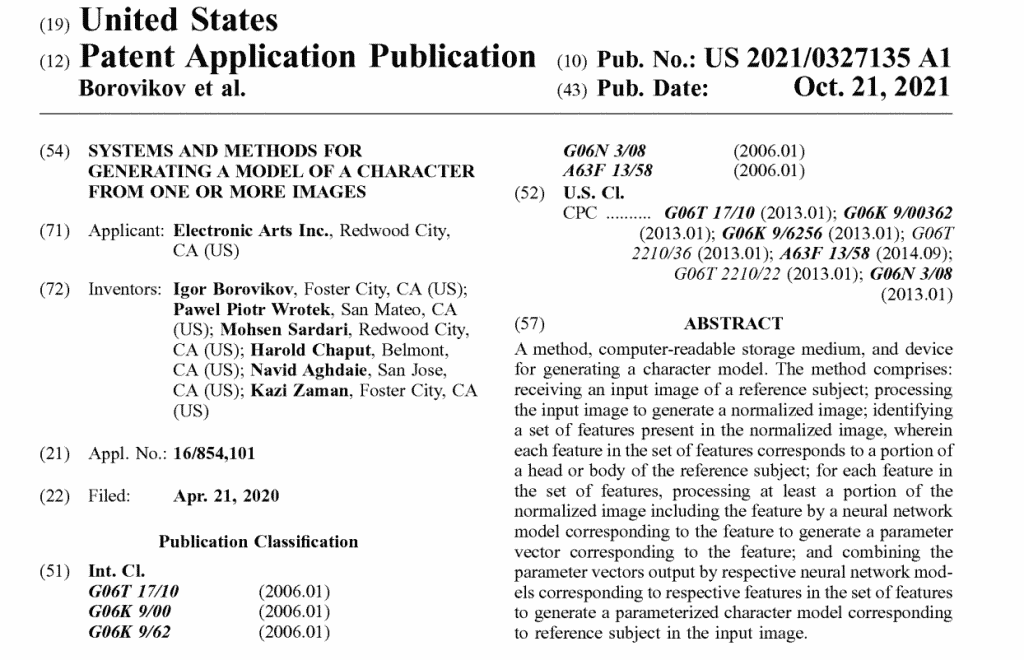 The patent, submitted by a team of developers and AI scientists is in lead by Igor Borovikov, who worked on games likes The Sims 3, The Sims Medieval and The Sims 4. In this patent they’ve used some primary examples of the character creation from The Sims 4, although the patent only covers which facial features could be considered for this character creation processing.

There is also one of many examples on how the workflow for this character creation method could look like: 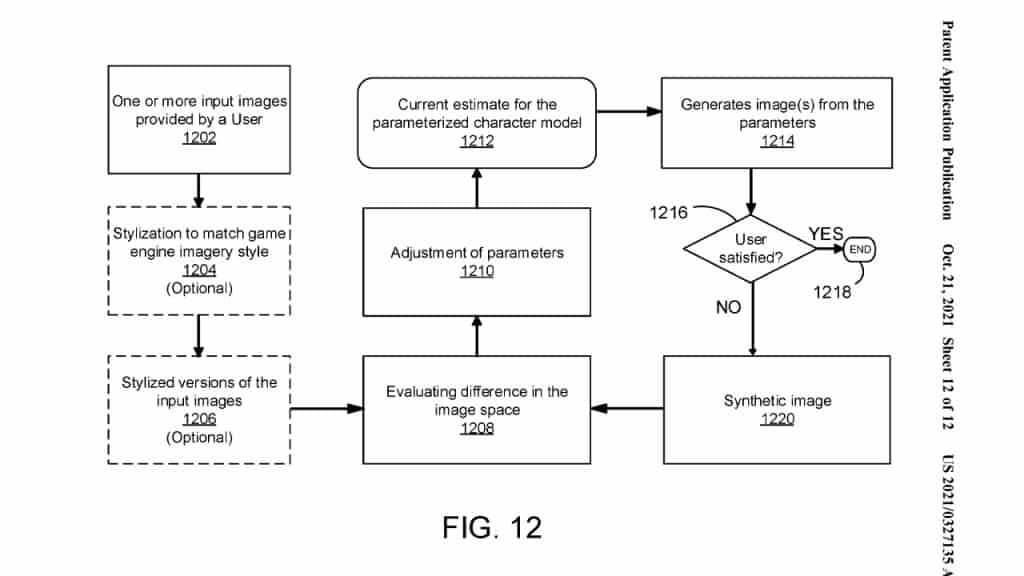 They’ve also shared some primary facial features that are considered for this character creation processing, including:

EA is now fully in ownership of this technology but of course there isn’t any indication to when this technology could be officially announced. Considering that The Sims 4 still has years of content and that the next generation Sims Game is heavily under development, we could be seeing this technology in either of these two games.

This isn’t the first time that EA tried to “simify” real life characters into The Sims. Back in 2000s there was an official tool for The Sims 1 that would allow you to upload an image and put it directly onto your Sim’s face! The results were varying though, as the game didn’t have actual facial presets – so your Sims were just walking around with .jpegs on their faces. It was still a groundbreaking tool for the game though! 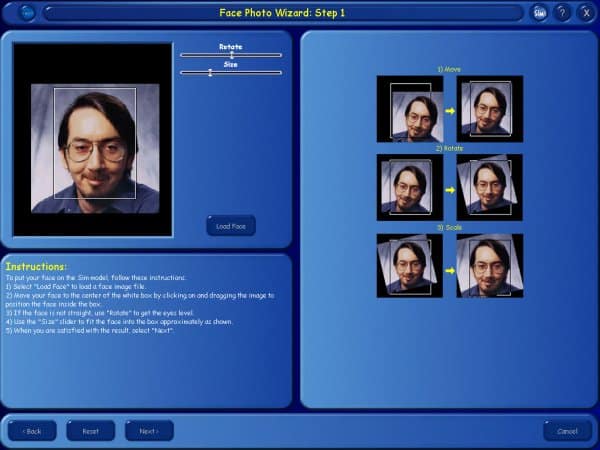