The Sims Livin’ Large! makes The Sims twice the game it used to be! Now included as part of The Sims Deluxe Edition, we’ve added a bunch of new game elements and social interactions that create tons of cool new gameplay experiences.

With the new furniture and architecture in Livin’ Large, you can create a whole range of environments, including rustic turn-of-the century houses, garish Vegas-style lounges, medieval castles and retro/sci-fi “Homes of the Future.” Combine these architectural styles with custom skins to create your own look and feel for the game!

We’ve added several new characters — and not just skins, either! Plus, you’ll be able to interact with them in totally new ways.

We’ve added new career tracks, including Slacker, Paranormal, Hacker, Musician, and Journalist. And at home, there will be several new ways to develop your Sims’ personalities and skills. 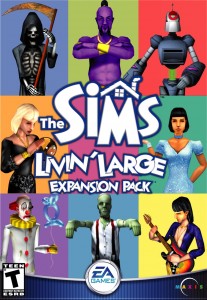 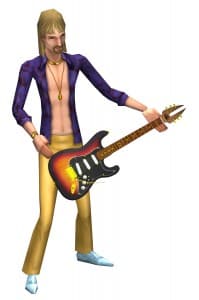 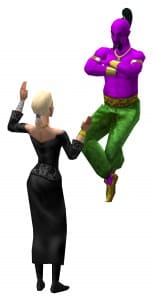 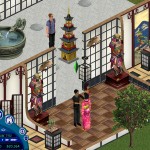 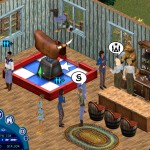 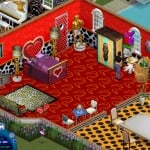 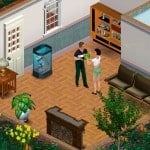 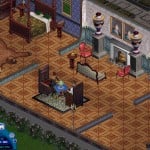 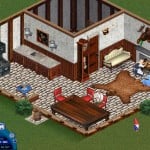 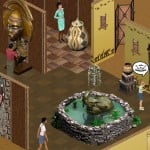 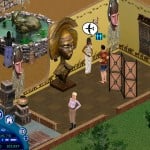 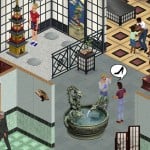