Following the smashing success of the Halloween Haunt event, hopes were high for The Sims Mobile’s Harvestfest event but things did not go according to plan. Right from the start, players began reporting a variety of game-breaking glitches that prevented them from moving on in the quest. As a result, most players were unable to collect the event’s grand prize; the Pumpkin Spice Lovers romance story heirloom. 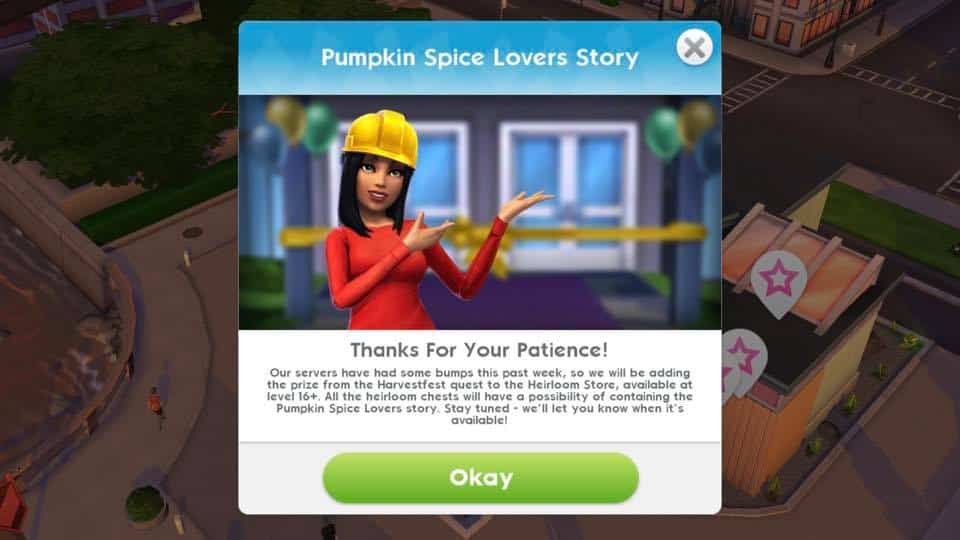 No word yet on when the heirloom will be hitting the Heirloom Store and the chests, but keep tabs on your game for any more news about the upcoming addition.

Were you affected by the Harvestfest glitches? Let us know what you think about this latest development here in the comments or on social media!