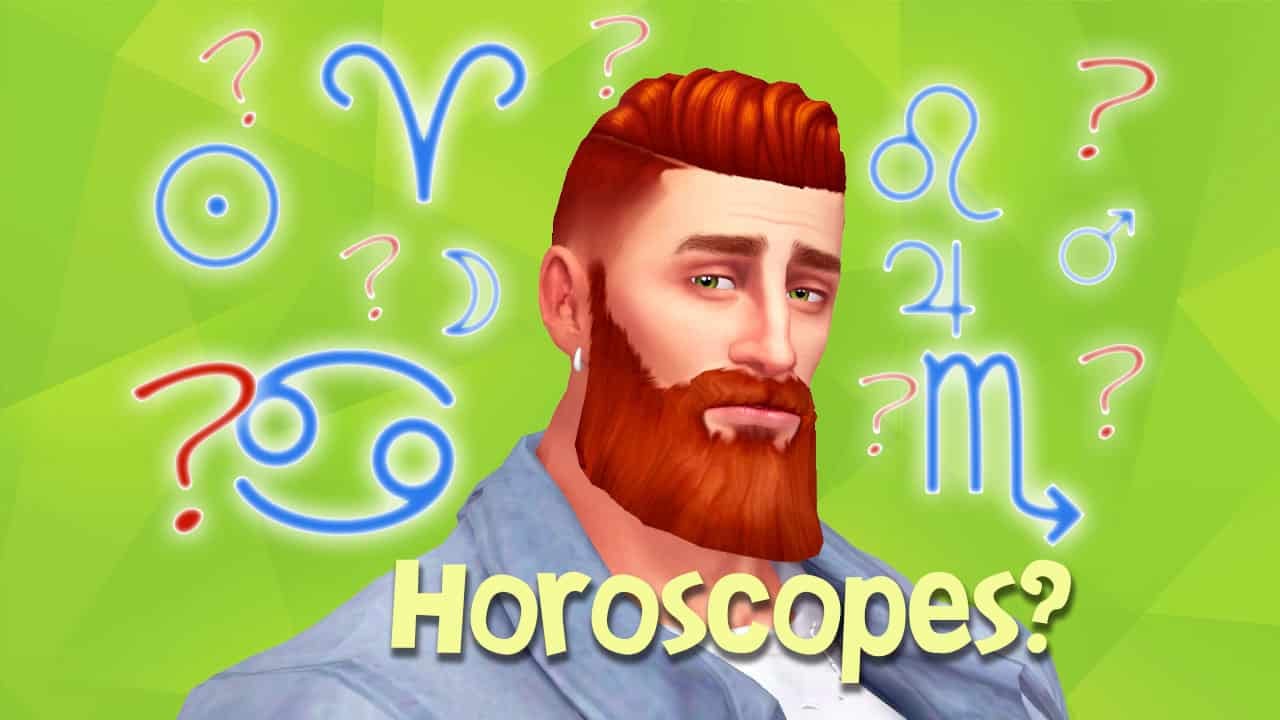 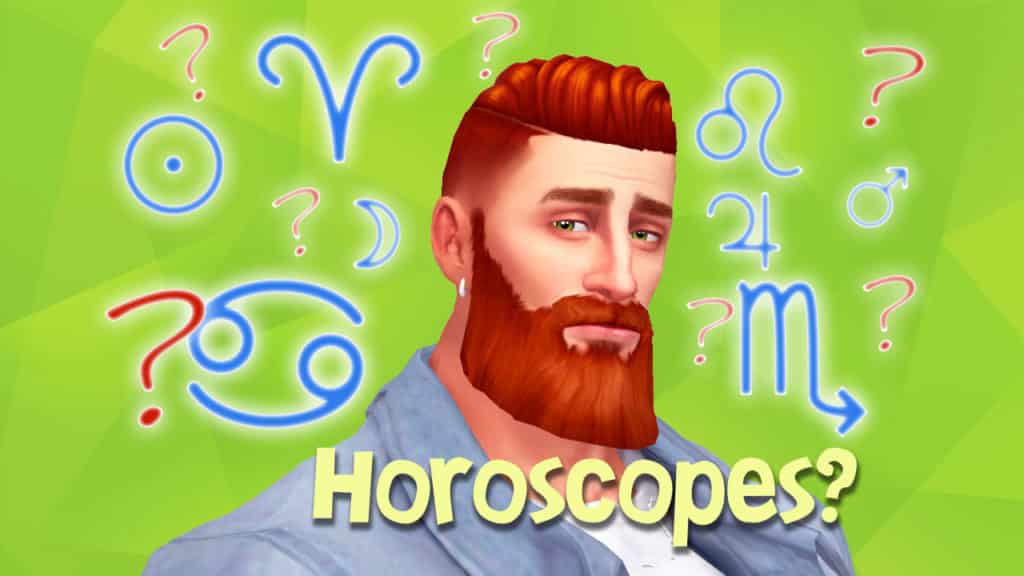 I can assure you as someone who is deeply into astrology that there are not just twelve types of people out in the world. Sun signs (commonly known as zodiac signs) tell very little about people, in fact, there are more that affects one’s personality and characteristics which are found in everyone’s horoscope drawings or “natal charts”. A horoscope is an astrological chart or diagram representing the positions of the Sun, Moon, planets, astrological aspects, and sensitive angles at the time of an event, such as the moment of a person’s birth. That gives a lot more information about a certain personality or a certain situation. Since we made it clear, we can get to our topic.

Zodiac signs have always been a feature of the Sims franchise until the sims 4. In the first two incarnations of the game, they were determined by the personality points that were spent on a sim. Like, if your sim was more active and grouchier, it was more likely for them to be a Scorpio. If you evenly spent the points on each category, they would turn out as a Cancer. However, with the introduction of personality traits in sims 3, zodiac signs were separated from the personality system and it became more of a cosmetic feature. A sim’s personality traits would be chosen separately from their zodiac signs yet players did still have access to those with no actual gameplay mechanics related to them. The only thing you could do with zodiac signs in the game was “Ask Horoscope” interaction as you were getting to know a new sim and that was all.

Since the launch of the sims 4, players can only choose 3 personality traits for their sims, and let’s get real here, it is a huge let down after the sims 3 in which one could earn up to 7 personality traits for their sims with the university social groups and such. Lack of personality trait slots kinda makes everyone feel that our sims lack depth. Especially when the existing personality traits aren’t diverse enough, the situation gets incredibly frustrating. And even if they were, it is a huge problem for players not to have enough trait slots to equip them. This is how I believe the majority of the player base got keen on using mods like Slice of Life, Meaningful Stories, and WickedWhims, that offer more depth and gameplay than the actual game does. But EA can fix it…

Our salvation lies beyond the stars!

Today, I am going to be offering an idea that could potentially please a lot of players. The return of horoscopes can fix this issue and I believe EA owes this to us loyal fans. But this time, horoscopes should be more than just cosmetic accessories. How?

Wants and Fears were one of the best gameplay features that the sims 2 had offered. It meant that every action you take in the game meant something and if you decided to neglect your sim’s needs and wishes, there could be some serious consequences like the loss of aspiration points and occasional breakdowns. It added a lot of depth to the gameplay and it also made players feel like their decisions were important. The Sims 3 and The Sims 4, well, especially The Sims 4, became too forgiving by removing the fears. But they could make a return with horoscopes. How? 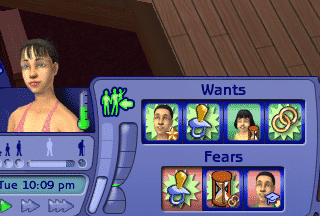 Not to generalize or anything, but zodiac signs also have their own set of fears in their arsenal. For example, a typical Leo would fear losing the spotlight and not getting enough attention, a typical Aquarius would fear a monotone routine and ordinary living, a typical Capricorn would fear failures and lack of achievement in their lives, etc. Again, not a scientific fact or anything, but it is assumed that each person with the same zodiac signs shares some common fears and doubts. With horoscopes, EA could also re-introduce a “fears” system which could work in parallel with Aspirations/Lifetime Goals and would offer some meaningful consequences for sims’ actions and the players’ decisions.

Horoscopes could also introduce a totally RNG* based temporary attraction mechanic. There is a preconceived opinion that some zodiacs get along better with each and some don’t. I personally would prefer if it wasn’t the case in the game. Because like in real life, sims shouldn’t choose their friends or romantic interests by their zodiac signs. I believe it would be much better if sims received a random, RNG-based “Stars Align” buff/mood which means that there is an attraction/chemistry between two sims, and “Star-Crossed” debuff/mood which means the exact opposite. Since this is random and temporary, it could provide a lot of fun gameplay moments and it would add more depth to the sims themselves.

These are just some ideas that came to my mind when I brainstormed on some major player complaints and how our beloved zodiac signs could make a difference with their return. I doubt if they will ever appear in sims 4 but I want to have faith in the sims 5. Maybe, just maybe… who knows?

—
PS: I recently joined the sims community team as a weekly contributor, make sure to check out my profile and follow me on social media! I will try my best to create this kind of fun articles in varied contexts. I hope this was a fun read and I hope you like the ideas here! If you do, please support me and all of the players who have been missing such features in the sims 4 so bad!