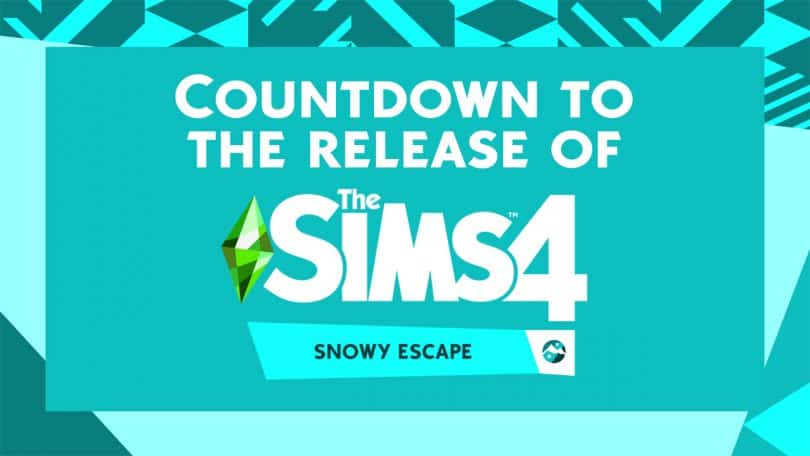 There’s just a few days left until the release of The Sims 4 Snowy Escape Expansion Pack on PC, Mac and Consoles!

The game is set to be released on November 13th, 2020 for all platforms worldwide. However, there’s different release times for different territories and different platforms! Unlike with Game Packs and Stuff Packs which all get released at the same time on all the same platforms – Expansion Packs have a staggered release between different areas in the world.

For PC and Mac Snowy Escape will be released on Origin for each zone at midnight. However, for Xbox One and PS4 the pack will come out at the same time at 10AM Pacific Time. Considering that there are a lot of time zones and different release schedules included I’ve listed countdowns for each area and each platform down below! As soon as the counter goes zero for your area you’ll be able to purchase / download and play The Sims 4 Snowy Escape!

I’ll also be doing a huge 12-hour Launch Party Livestream to celebrate the launch of Snowy Escape in Europe and North America! CLICK HERE to follow me on Twitch and be the first to know when I go live! The livestream is set to begin at 11AM PT / 8PM CET / 7PM BT. Feel free to join the livestream over on Twitch as well and hang out with us in chat! Hope to see you there 🙂