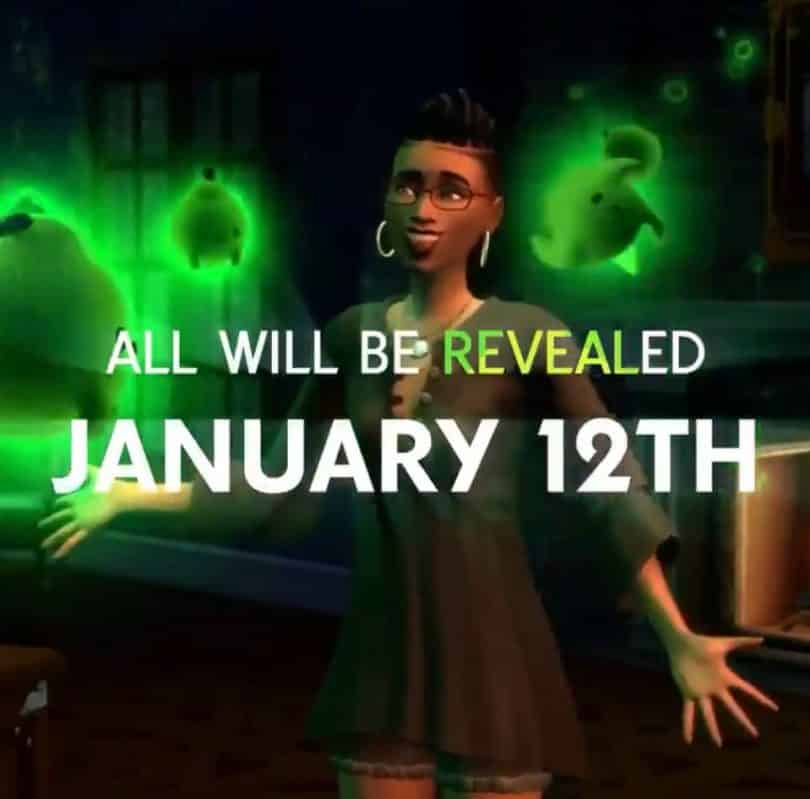 SimGurus, the official developers working on The Sims 4 have released a series of GIF tweets that show a bigger picture.

The animated picture, which contains new elements such as small animated ghosts and a whole new outfit and hairstyle also has a text on it that says “All will be revealed January 12th”. Considering that the text also highlighted the “reveal” part in the colors of Stuff Pack branding – it could mean that The Sims Team is ready to reveal the next Stuff Pack for The Sims 4.

You can check out the full picture down below: 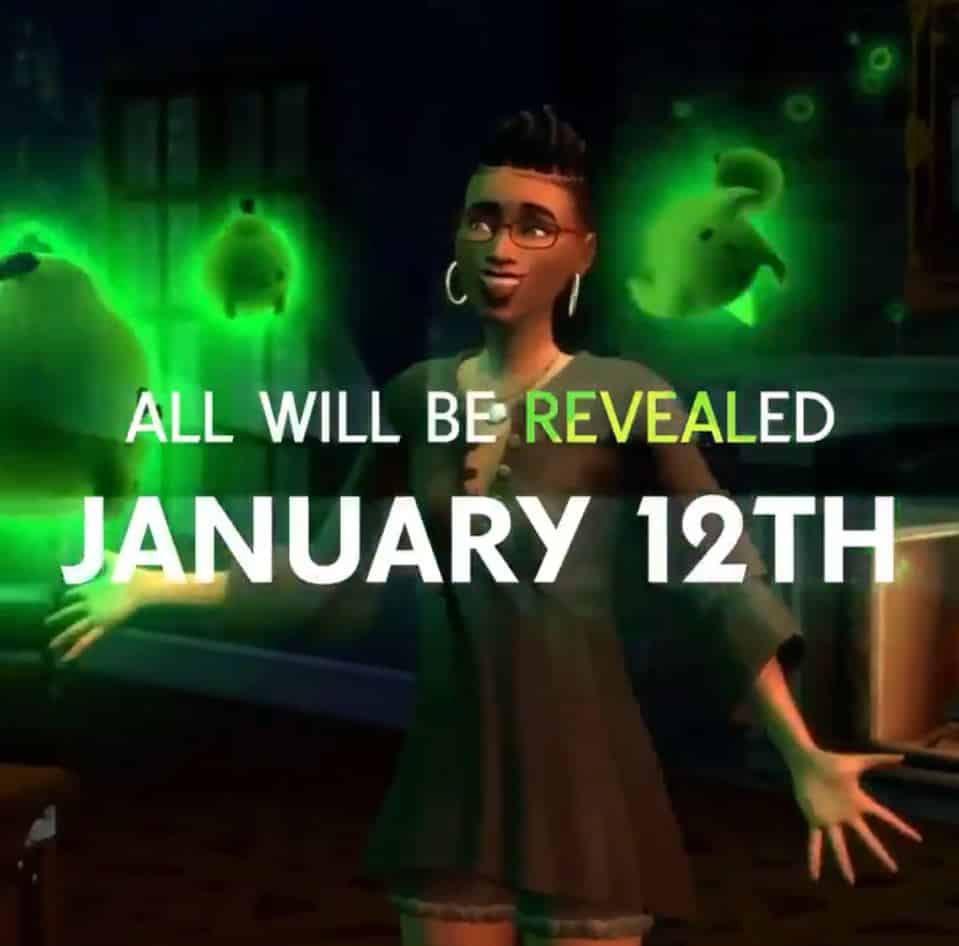 You can also see the full animated GIF in full motion in the tweet below:

Okay! I pieced all of the GIFs together. It took me a hot minute but here you go! ♥ pic.twitter.com/cRCLZUGMBr

What do you think the next announcement is all about? Let us know in the comments below!