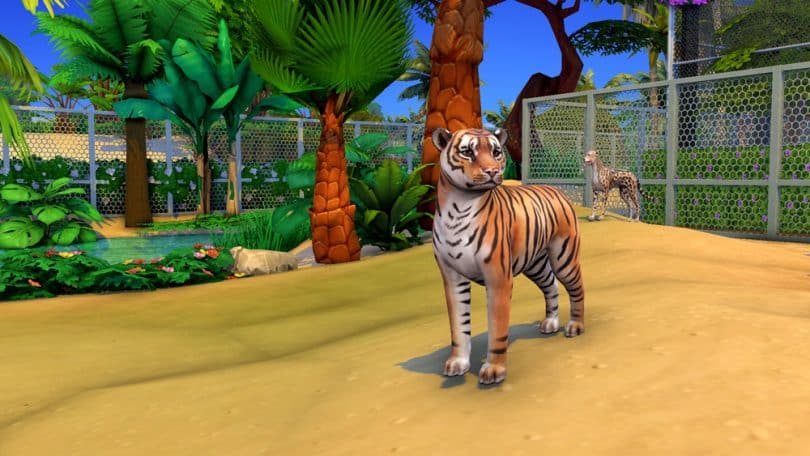 Recently, I grabbed Planet Zoo while it was 55% off on Steam and have been obsessed with it ever since. I seriously can’t stop playing this game. It’s a problem. What’s a Simmer to do when they need to come up with new content but can’t stop playing a different game? Mash the two interests together, of course! Coming up with ways to incorporate all my other interests into The Sims is one of my favourite things to do so I decided to build my own zoo in The Sims 4! 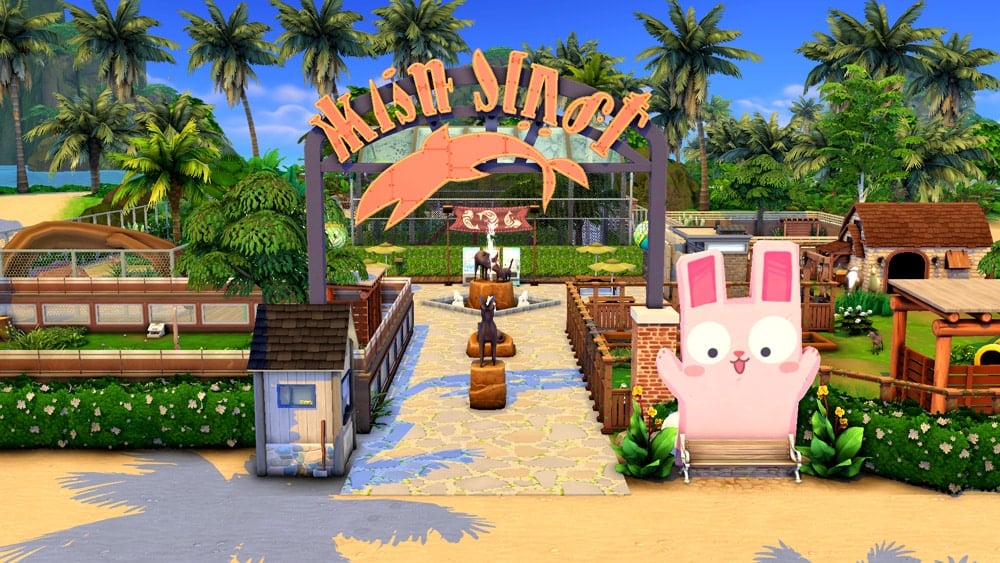 The catch? I wanted it to be at least somewhat functional without any mods required. That wasn’t the easiest task but I did manage it in the end.

In addition to being functional, I wanted to make sure that the habitats were nice, inviting spaces for the animals that lived there. I took Planet Zoo’s animal welfare principles to heart while designing my zoo’s habitats. I tried my best to give all the animals as much space as possible given the 50×50 dimensions of the lot I chose and that each habitat was nicely suited to that animal’s natural habitat in the wild. 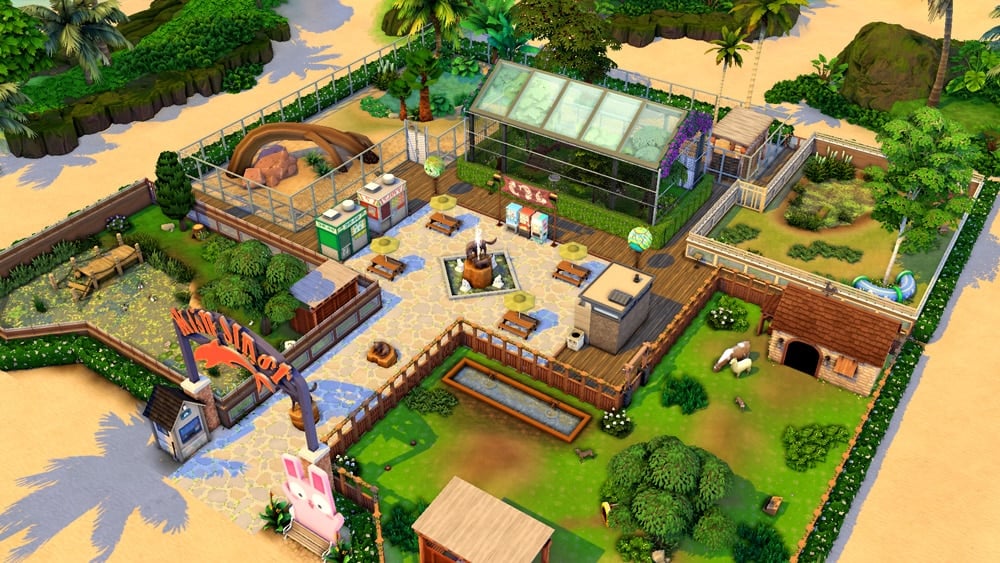 Before I started, I picked out seven incredible animals from PugOwned’s catalogue in the Gallery. She makes the most amazing, life-like exotic animals out of regular cats and dogs! I ended up with an otter, badger, deer, goat, tiger, cheetah, and a koala from her selection. These would be the animals I’d design my habitats around. I’m not an expert in these animals but I had a basic idea of the kind of environments they would enjoy and worked with what knowledge I had.

Of course, I also had to think about the guests who would be visiting. No one wants to spend all day at a zoo where there’s nowhere to sit, no washrooms, and nowhere to purchase food and drinks. I created a small courtyard space in the centre of the zoo with picnic tables, washrooms, and a food and drink stand to help keep our Sims’ needs met while they’re exploring the zoo. It also had a great view of some of the habitats! 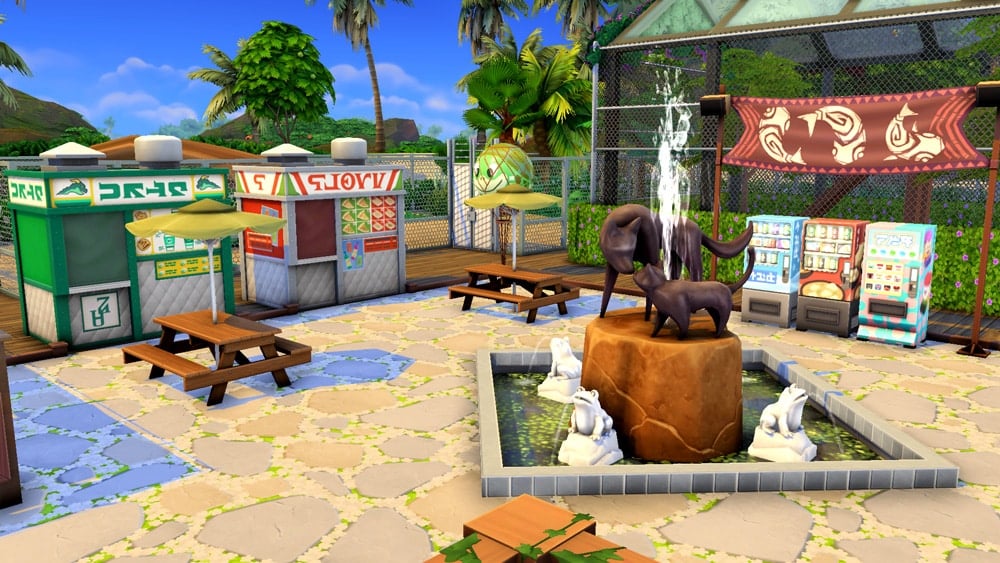 Now for the tricky part; making the zoo functional. The solution I came up with isn’t perfect but it does seem to work okay for the most part. To make the zoo functional, I had to put all the pets in a household with a Sim to act as the zookeeper. I set the zoo lot type to Residential and moved the zookeeper and the animals in. Then I went about corralling the animals into their proper pens. I made sure to click on the gate to each habitat and select Lock for All Pets so they’ll stay inside their enclosures. All the animals had everything they needed to be happy (beds, food dishes, scratching posts, litter boxes, toys) so they’d be content living in their new spaces. I also purchased a cow, llama, and some chickens for the zoo.

Once I was finished setting everything up, I left the household and switched to another family. I waited a few hours to see if the pets would escape their pens while they weren’t being played with, then I paid a visit to the zoo. I was happy to discover all the animals still inside their habitats! My Sims could stay almost as long as they wanted. My zookeeper would probably kick them out of the “house” at around 1-2am but most zoos would close long before then, anyway, if this was the real world.

All in all, I was pleased with the results and I think I’ll be sending more Sims to have a fun day at the zoo now that I know it’s doable.