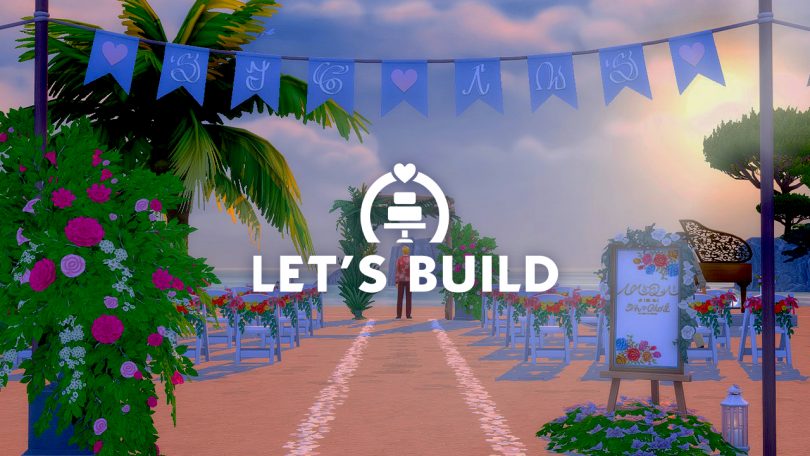 Building a Venue with The Sims 4 My Wedding Stories!

Even though there are still some glitches when it comes to building a wedding venue in game, I still felt that it would be the perfect opportunity to take a closer look at the new Build and Buy Mode items that come with The Sims 4 My Wedding Stories Game Pack.

I decided to go build on the beach lot of Baia dell’amore which is located in Porto Luminoso. The idea of creating a venue here with the ocean as a backdrop drew me in. Not only the location but I didn’t want to create a Wedding Venue on a very large lot, but with Baia dell’amore being a 40×20 lot I knew that this would be plenty of room.

Initially, I did find it difficult to decide what kind of colour scheme to go with. I wanted to keep it natural but with pops of colour throughout.  Mainly keeping with red, yellow and pinks, while the rest of the colours were more neutral wood tones and white.

After some trial and error, I eventually managed to find something that worked and slowly, but surely things were coming together.

One of the first areas I worked on was the Bar and Dance Floor area. I knew I wanted to have these just off to the side, rather than where the main area of the venue would be. Originally, I didn’t have the dance floor area on a decked area, but it worked out a lot better than just being placed directly onto the lot. 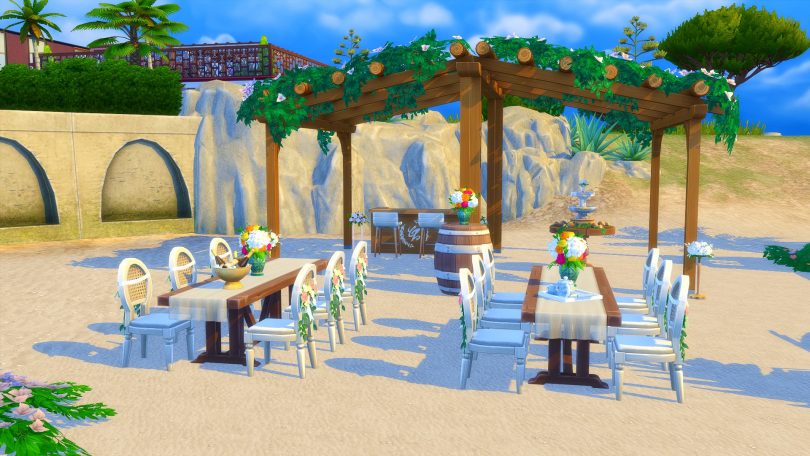 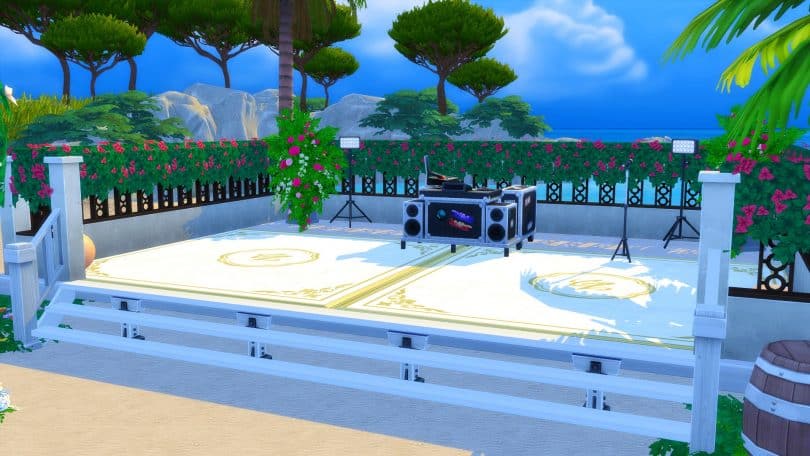 After turning my focus to the main area of the lot, I kept it simple and built it up from there once I had placed the Wedding Arch. There was a moment where I was wondering if I had too many or too few chairs for Sims to sit on, but aesthetically it looked better having a few extra chairs than not enough. 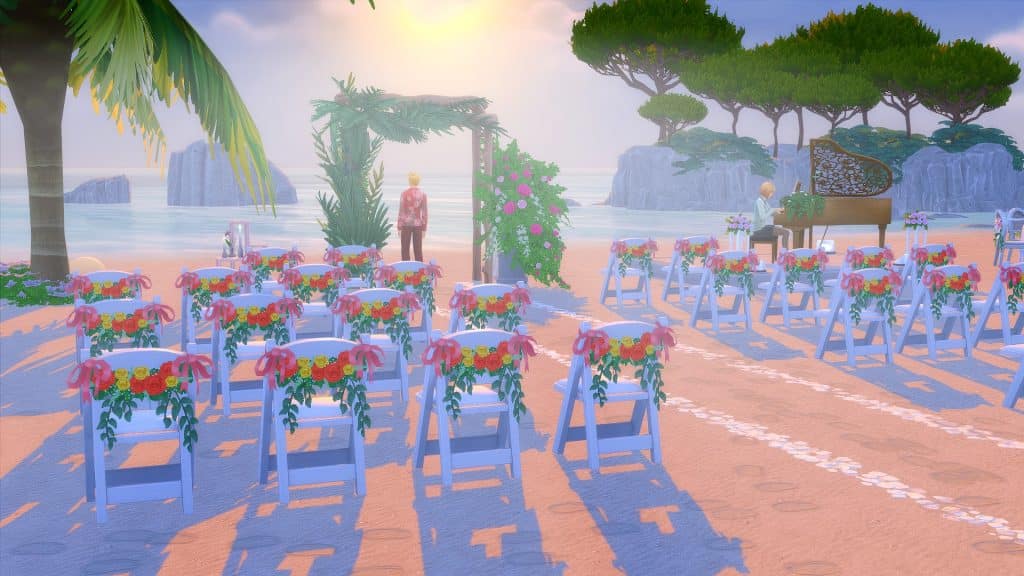 After I eventually finished placing all the chairs, I felt that there was something missing. That was until I realized I’d forgotten to place a piano! Likewise with the dance floor, I built a small decked area to raise the piano up slightly from the main level of the lot. 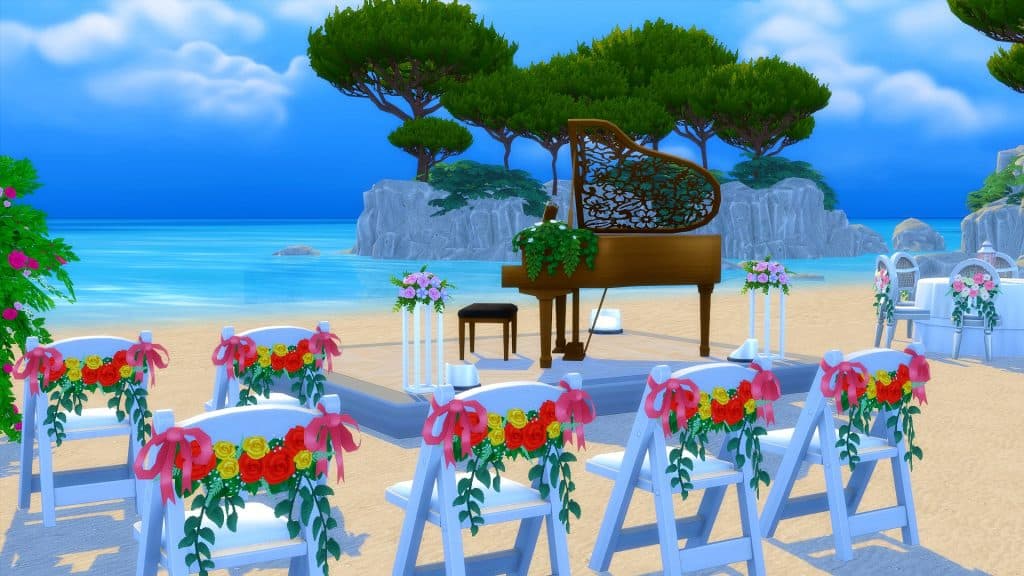 I had two areas of the wedding venue left to build. In line with the somewhat broken lot requirements, I needed to place two sinks and two toilets. I quickly built a small four by two building and decorated it with a fence outside to hide the fact it was a bathroom, and also placed a very handy Petals to the Metal Flower Vendor stand next to it. 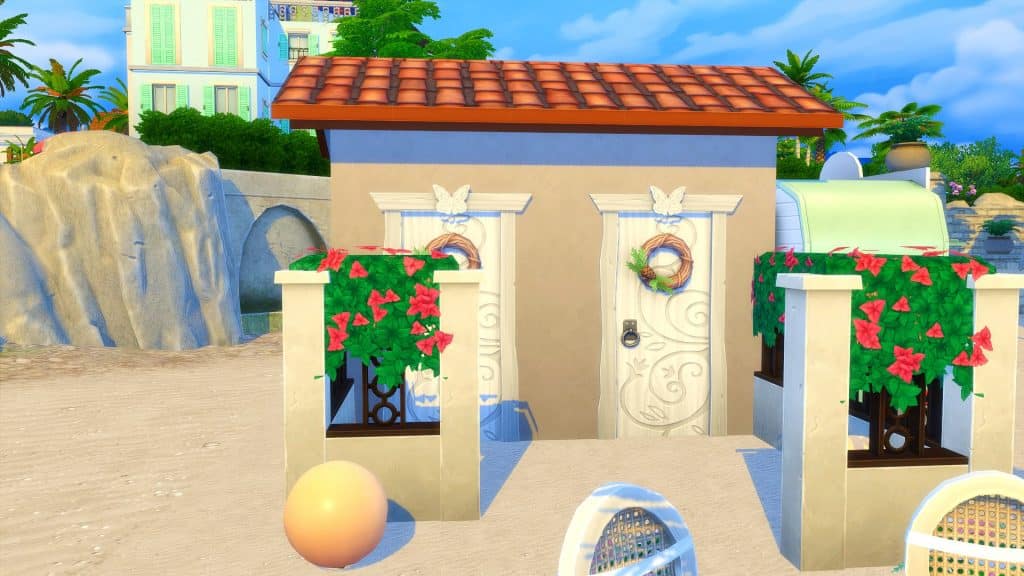 Last but not least, the dining area of the venue. This was actually very straight forward and easy to do, but also worked well with the space I had left. It didn’t feel too crowed or too spaced out. Using The Fun Table was a much better option than using the Fenwick the V Banquet Table for this space. 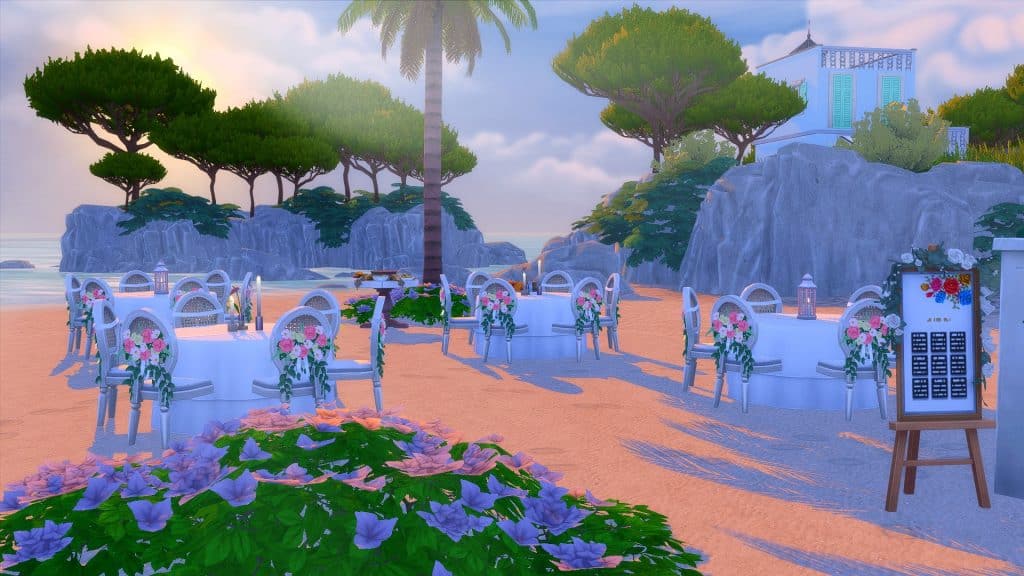 Overall, I think it came together nicely. There are definitely things that I would change and do differently next time, however, for a first go at building a Wedding Venue I don’t think I did too bad. I can say this was really out of my comfort zone but also a good challenge for myself using the new pack, but I’m also looking forward to building more in the future!