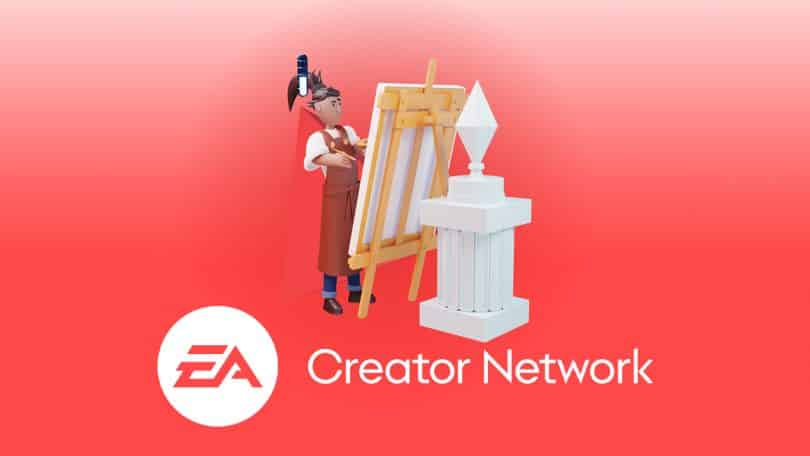 Previously in BETA, the EA Creator Network now allows every creator to send in their application for this program!

Electronic Arts has been running their own “influencer” platform for quite some time now.

The first ever program that EA ran was EA Ronku, a top-tier influencer program for partnerships with big YouTubers and creators who were known for their big numbers. Such as PewDiePie. As EA had multiple creator circles within each franchise that they run this later evolved into EA Game Changers – a program for passionate creators both small and big.

I’ve been a part of EA Game Changers since the program came to life for The Sims players with the first ever Sims Camp that was organized under this program – the Cats & Dogs SimsCamp. Since then the program has evolved many times and opened its doors to hundreds of creators for multiple franchises – including The Sims!

Just last year as a part of EA’s rebranding the EA Game Changers evolved into a closed BETA circle – the EA Creator Network. Same goal, same requirements, but more types of creators that can get involved. And of course a different name that clarifies more for who the Program is intended.

Just a few moments ago EA Creator Network’s Lead Lee Williams has announced that the program is opening its doors for everyone who wants to sign up and become a part!

Read Lee’s full unofficial statement from his Twitter thread below:

The Creator Network is finally out of BETA! The big change is that we’re making it easy for Creators to register their interest in joining and show us what they do.

We’re thinking about things differently when it comes to working with Creators, we want to be more representative of our community and celebrate all the different types of content creators out there.

The last 6 months or so since we launched the Network have been awesome. From the game launches and the capture events to the channel partnerships.

The stuff thats been really exciting though, has been the other ways we’ve been working with Creators, random stuff like trying to confuse the family at Christmas with Simlish…

…To this freaking awesome cosplay!!!

..That’s not to mention having Creators help to design skins that go in to a game

…Or F1 cars with your logo on that everyone can enjoy!

Then there are the causes and charities Creators have helped us support and the work they’ve done to raise awareness and money for causes which are close to them.

Super proud of the Community Team who work with the Creators every day, the dev teams who build all this stuff and obviously the Creators who help keep us all top of our game day in day out.

Even though we’ve been doing this for a while now it feels like we’re just getting started and we’re all really excited about doing more cool sh*t like this with you guys. If you wanna come along for the ride, everything you need to know is here https://creatornetwork.ea.com

Everything you need to know about Submissions, what are some of the perks, requirements and many more is linked on the button down below.

As a Sims Creator you’re also invited and encouraged by EA to send in your application for the EA Creator Network.