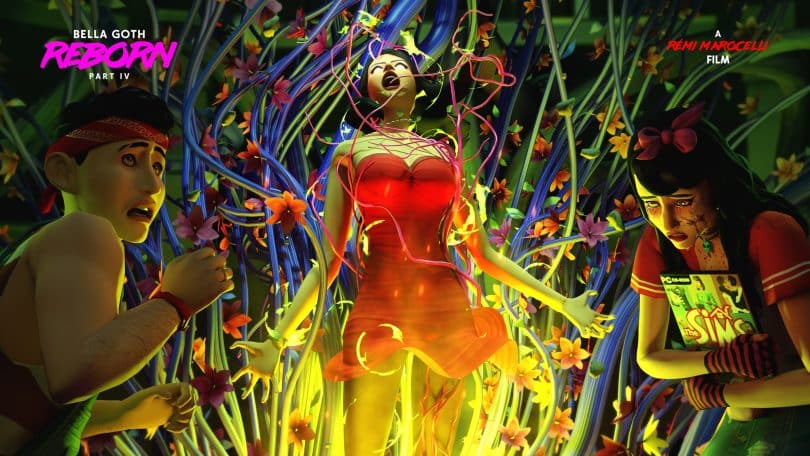 An Origin Story Like No Other – made in The Sims 4!

It has been a year in the making however, the finale of the Bella Goth: REBORN is here!

If you are not sure what Bella Goth: REBORN is, it is the latest The Sims 4 machinima from Rémi Marocelli. Described as a movie about The Sims, broken into four parts, it will detail the origins of one of the games most famous Sims!

Bella Goth (Bachelor) is the daughter of Jocasta and Simis Bachelor. At 17 years old, the teenager sees her destiny turned upside down after meeting her first love, Mortimer Goth, a young geek who is giving her parents, Cornelia and Gunther Goth, a hard time! Indeed, our two heroes will meet a familiar character who will question the world around them, a world more dangerous than it seems… – Rémi

From the get go, you know that Bella Goth: REBORN will be one amazing adventure to watch! Through all four parts you’ll find moments where you are on the edge of your seat wanting more, moments where you’re finding yourself laughing or even crying and questioning what could happen next. You may even see a few familiar faces and even some references that Simmers both young and old will recognize!

Coming in at just over an hour and a half long, grab yourself some snacks, get comfortable and get ready to watch one of the biggest and most anticipated machinima’s of the year!

Don’t forget, you can watch the additional three parts of Bella Goth: REBORN over on Rémi’s YouTube! The creator has concluded the series with the last part that just recently went up on YouTube. A whooping 40 minutes concludes the 4-part REBORN Series!

The sheer amount of detail that has gone into every aspect of Bella Goth: REBORN is incredible. Be it the storyline, the creation of the machinima itself, choosing the accompanying music, editing, absolutely everything shows just how much you can do with The Sims 4. By pushing the boundaries of what you would initially expect from the game, it has given the community the masterpiece that is Bella Goth: REBORN!

Rémi and the team behind Bella Goth: REBORN have done an incredible job all together with the movie, and I’m sure many of us can’t wait to see what they create next!