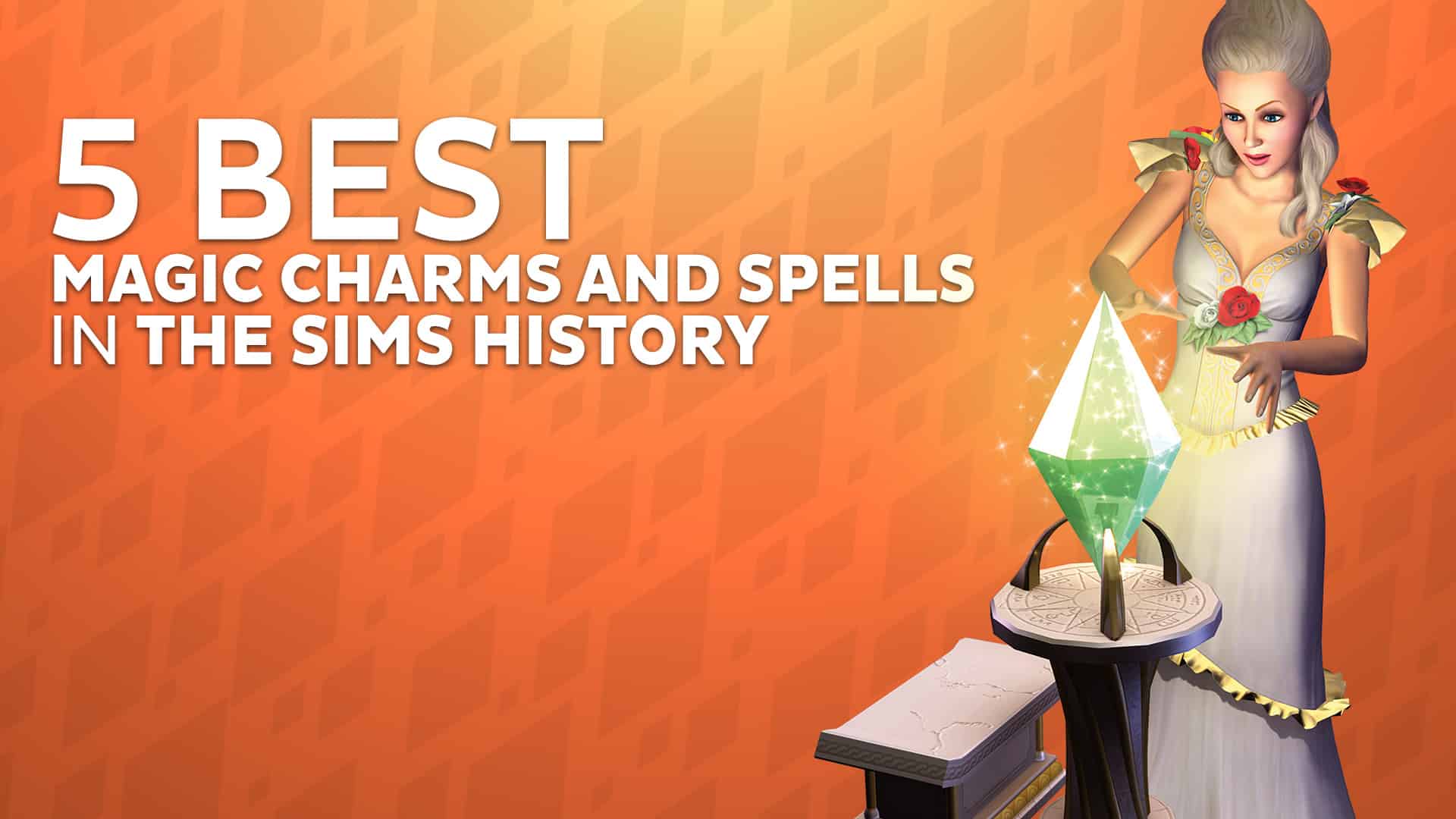 Magic is one of the most polarizing aspects in every sims game. This is do in part to some simmers preferring to keep their games as realistic as possible, while others prefer more fantastical gameplay. Below are some of the best, most unique and hilarious uses of magic in all of The Sims series.

I don’t know how many of you played The Sims and had a gardening family, but it was tough. Not only did it take long, but it was a real mood killer and your sims needed constant upkeep in between watering, weeding, and harvesting. With the perfect garden spell, the entire garden was magically grown to full size.

But that’s now why this spell makes it to number five on the list. That honor goes to the backfire of this spell. If you have any previously enchanted gnomes on your lot, they will instead destroy your garden and attack your sim. And who doesn’t love watching their sim get a swift kick to the shin by a garden gnome?

Technically this isn’t a spell or charm, as it’s a potion, but it still deserves to be on the list – especially since the actual spells from Sims 3 were lame. Once a sim consumed this potion they were able to use the midas touch on objects to morph them into solid gold. Not only does this increase the objects value, but it looks awesome too.

By the way, this can also be used on other sims as well. So if you think your neighbor is super attractive you can go ahead and make a solid gold statue out of them.

No one likes to work. With clone drone, you don’t have to. Spawn an exact replica of yourself and send them off to work to take care of the monotonous aspects of life while you chill at home on the sofa watching movies. Just be careful with this one because if it backfires your clone may explode and burn your entire house to the ground.

Laziness comes with its own set of risks.

Are you tired of getting weird stares from people every time you refer to your dog as your child? End those stares by actually turning your dog into a human and prove all of those naysayers wrong. You’ll still have an extra mouth to feed, but at least this way it’s a mouth that can feed itself.

However you probably still shouldn’t refer to the new human as your child either, I guess it’s still creepy.

Do you wish their were more hours in the day? Is the car pool on its way, but you still need an extra skill point? Tempus Interruptus is here for you. Now you can take care of anything with no rush at all. If you have a family full of witches then everyone can make use of it. If you’re the only witch around then you not only get those extra hours, but you get to laugh at your lame relatives that are frozen in time.

So go ahead and add more hours to your day.

There’s no other spell as vile as Tabula Rasa. You force amnesia on your worst foes so they completely forget all of their memories and relationships. Now they’ll feel completely alone in this world. It didn’t make the list because I literally can’t think of a time to ever use this spell because it’s so dastardly.

I had to include enchant on this list because it’s a purely comical spell. With it you can morph lawn flamingos into showgirls and garden gnomes into gardening experts. However, a nectar press on your lot means the enchanted gnome will actually be an alcoholic that refuses to do anything other than swim in the nectar.

So how about you guys? What are some of your favorite magical spells, charms, and potions from any of The Sims games?