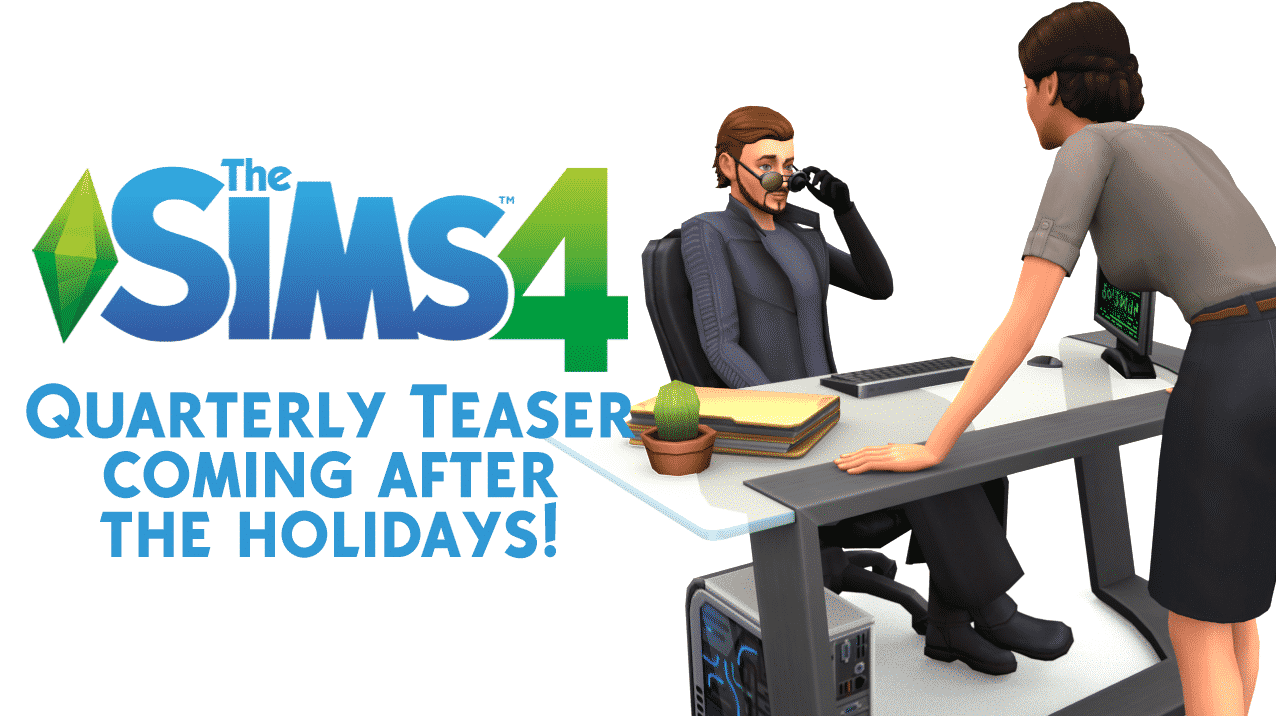 The Sims Team’s fall / winter The Sims 4 quarter is slowly coming to an end with all teased content already being released:

Simmers are already wondering, when will the next quarterly teaser be released? SimGuruDrake answered the question saying that we’ll have to wait and find out after the holiday break:

Although it’s not known what exactly will be included in the new quarterly teaser, we already know that The Sims Team left a big chunk of game files for an upcoming Game Pack that’s focused on Vampires, so there’s a huge possibility that Vampires will be teased in next month’s quarterly teaser.