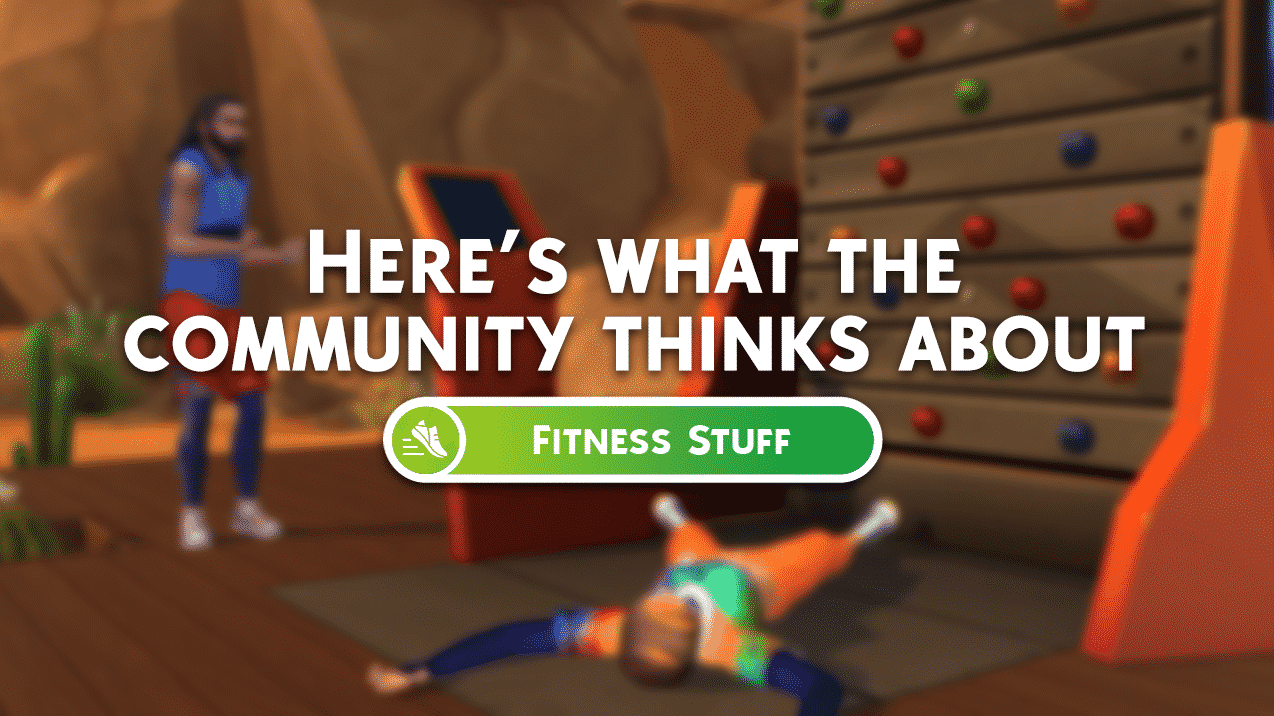 The Sims 4 Fitness Stuff could be one of the most controversial Sims 4 Stuff Packs to date, mostly because the main object that comes with it (the climbing wall) is not really that useful…

Although I tried to point out that there are plenty of other new items in Create A Sim and Build Mode, people are still not pleased that The Sims Team picked the climbing wall as the main aspect of this Pack. I have to agree, The Sims Team could’ve gone with something more fitness-y rather than a huge object that we’ll probably use 1-2 times and forget about it later…

I asked some of our followers on Twitter and  members on Sims Community Social about their thoughts on this Stuff Pack. Here’s what they have to say:

Hate it. The worst pack yet. It’s Spa Day with a climbing wall. 🙄

CAS items are bomb, but I feel like the BM items are lacking. I was hoping for a gym bike or other more realistic stuff. But it’s cool.

I would never use. I expected to have gym bikes, pull up bars, etc. What did we get? A climbing wall. Plus, the earbuds don’t do anything.

I thought we’d actually get new workout equipment.. it’s a shame that we’re just stuck with recolors of what we had already.

Of course, there were some people who still liked the pack:

i’m looking forward to it…from the build/furniture to the clothing to the rock wall. and that the furniture style fits into vintage glam

I just love The pack, i love The furniture and The clothing 😍😍

The rock climbing wall is not an object I’ll use often but I bought anyway as the modern furniture + workout vids and earbuds are cool.

I just bought it yesterday! I love it! I’m in love with the CAS clothing and build mode items!

We opened up a poll on Sims Community Social, asking people to vote whether or not they’ll get the pack. Here’s what they said:

People are just not loving this Stuff Pack thanks to its main gameplay object. Hopefully they learn something from this and choose gameplay features in future Stuff Packs more carefully…