Hi, I’m Jason Sterling and recently I did an article outlining some of my favorite build contests on the Sims Forum. I decided to join the Build-n-Share (BnS) #85 contest for the Sims 4 ending on January 10th 2018 and chronicle my build for it here. As always, I hope you’re inspired by what you see and read but even more so I hope you’ll be encouraged to join up with a contest yourself in the future. The first three articles will follow my build. The final article will showcase all the entries from the contest. This third article in the series is about the exteriors.

There is a brief tutorial during this article and you will need the following cheats to follow it:

I was able to quickly dispense with the exterior cladding of the structure. The bricks I applied at the start to mark the original walls seemed to make sense as a permanent solution. I paired those with the copper roof and was largely satisfied with the exterior of the main structure itself. I was still left with three areas of concern however with the remaining large lot. 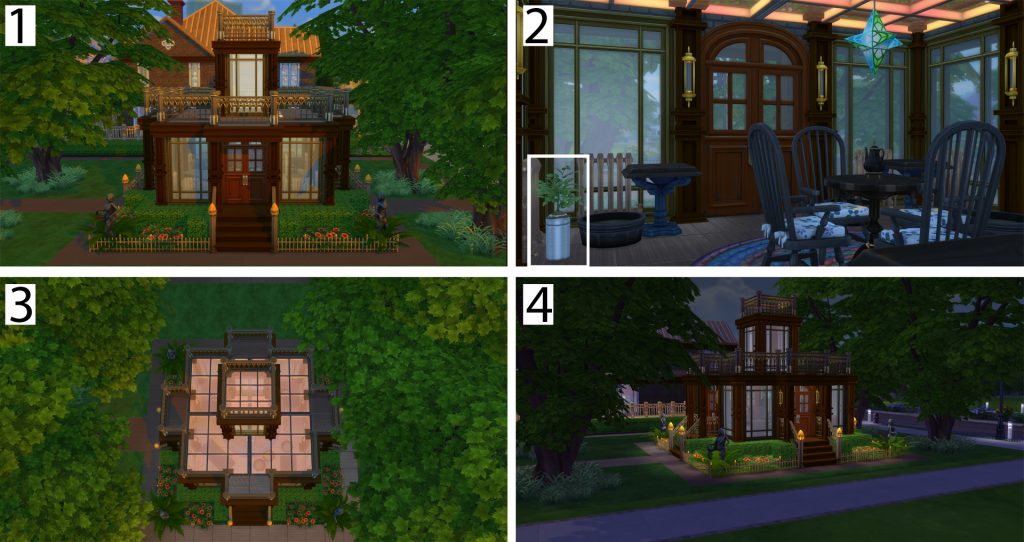 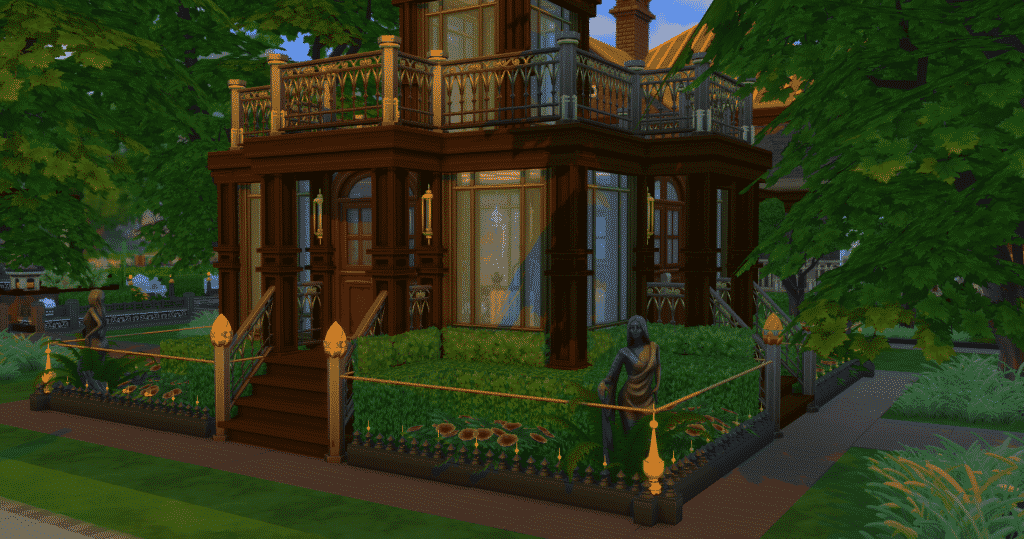 Tutorial for Anchoring the Newel Posts with the Transparent Foundation:

In the end there was no saving the finials lining the top of the small flower bed fencing and I took the opportunity to change it completely by lining up the Saladin’s Chain object in a shrunken form with the Saladin’s Hammer object intersecting it as a finial detail. However, the orange finials could be saved on the newel posts. In order to anchor them I needed to create a foundation underneath them and then erase the foundation visually. 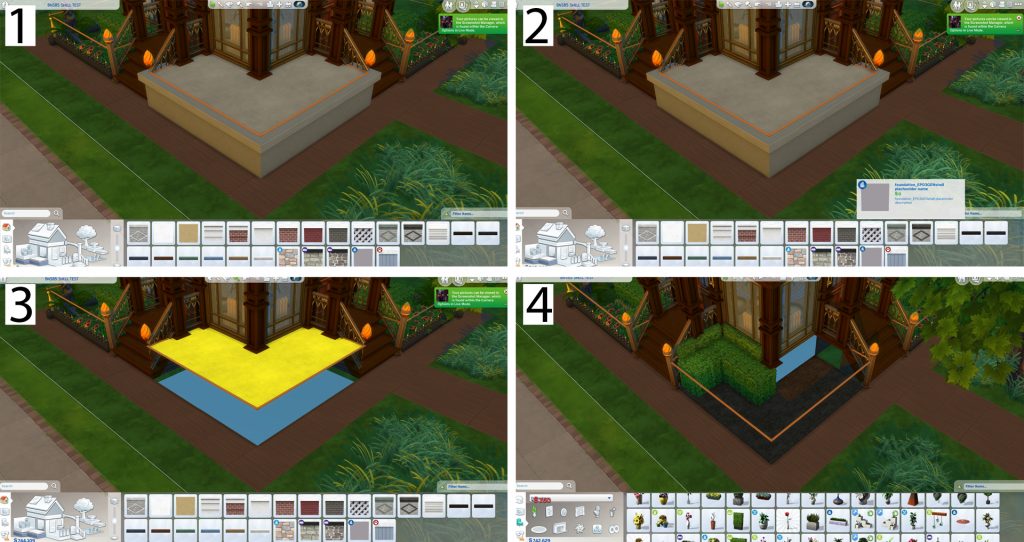 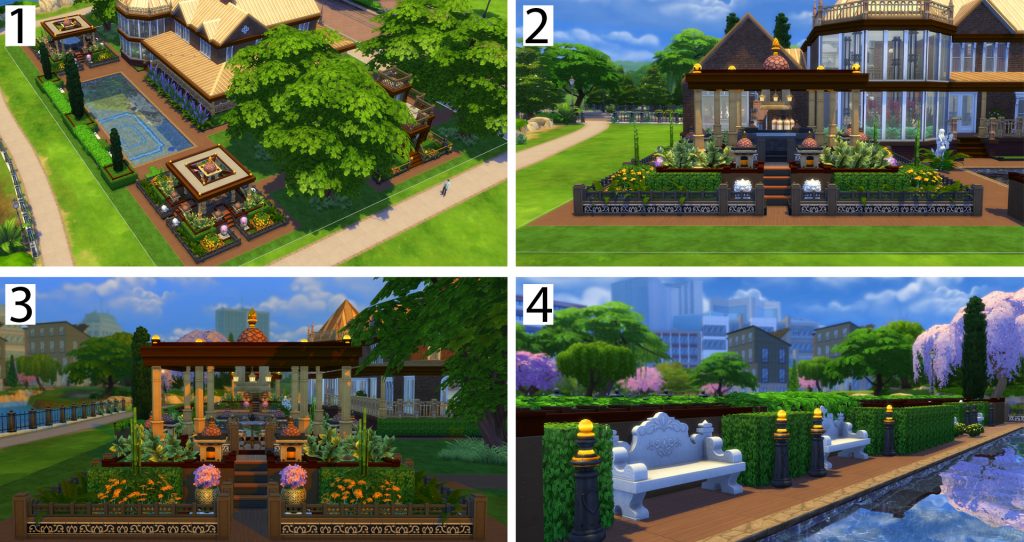 You can see where I used the same fencing and sequence as above to create a foundation. The “Pawns” are now anchored to the foundation and will not fall during saving and re-download. I very much like this solution for this build. The new fencing visually ties in well with the overall theme and the objects I really wanted to work, do work. 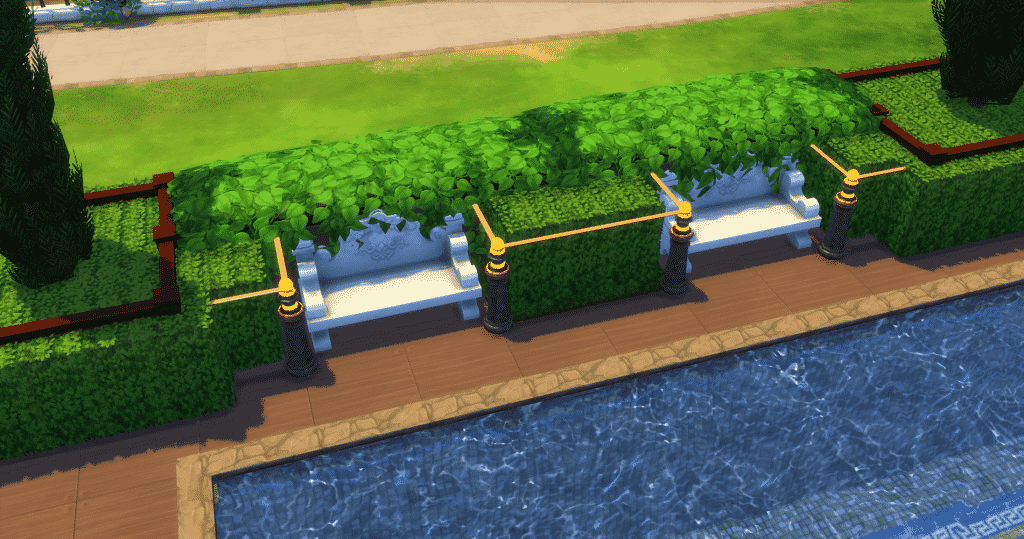 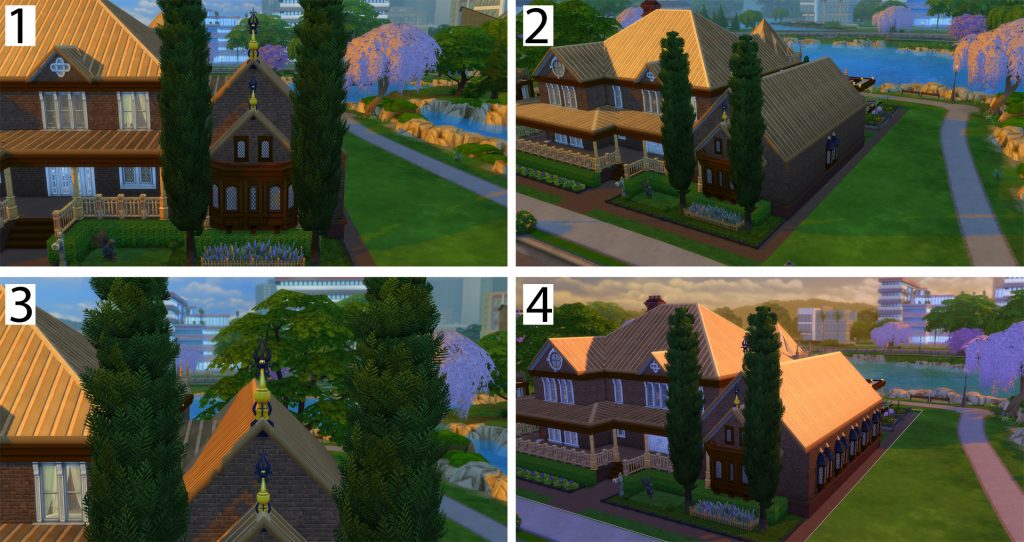 And that is it. My build is essentially finished. I only need to take around three hundred pictures (lol) and fill out the form on the Sims Forum! Tomorrow look for an article showcasing all the other entrants in this contest and a final article in the near future announcing the winners.

Thanks for reading! I hope you enjoyed this article. Please use it and your imagination for inspiration in your builds. You can see me on Twitch Channel: https://www.twitch.tv/jasonanthonysterling and Follow along on Twitter: @JasonSterling70