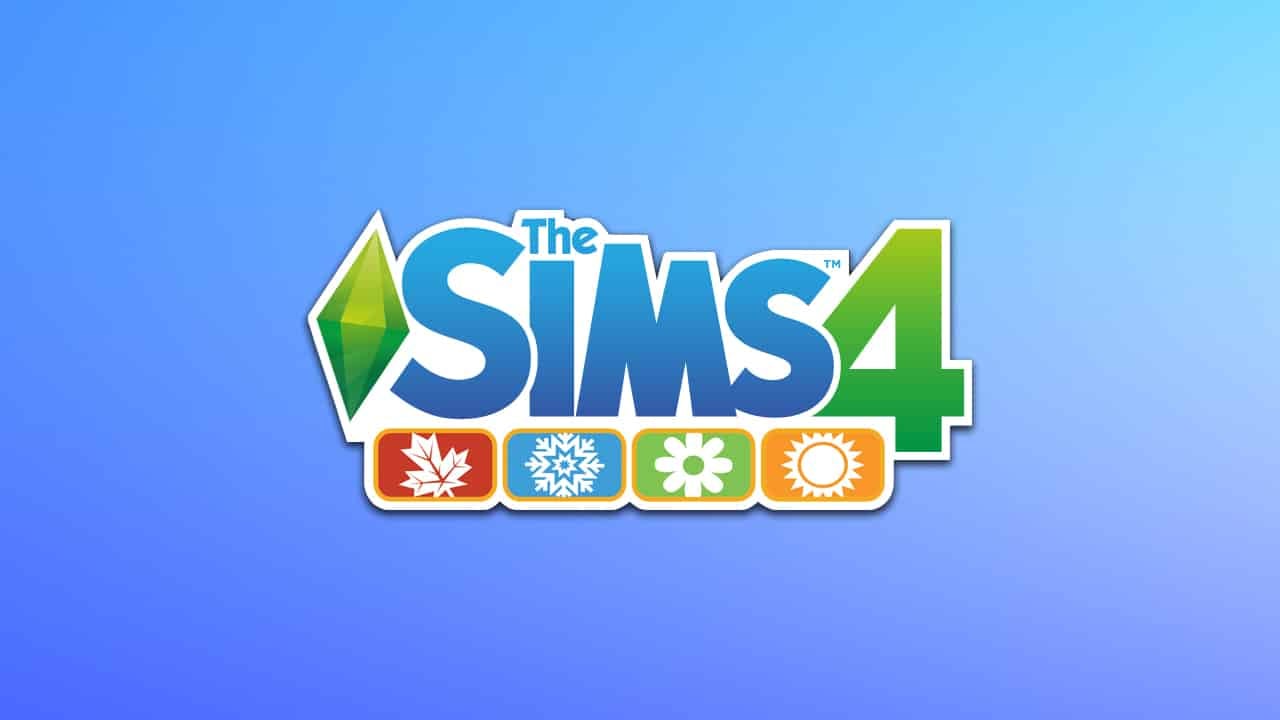 EA Customer Service continues to bring apparent leaks about The Sims 4 Seasons. However, this time around it’s not just a simple confirmation that this pack is in development! Twitter user @kelseydworchak reports that, during her discussion with EA Customer Service, she was provided with a release date – September 18th, 2018. 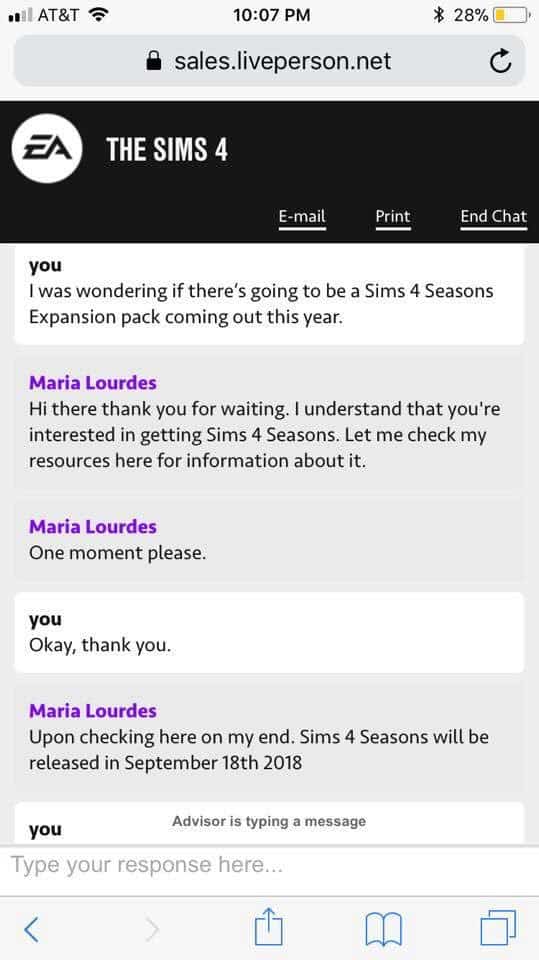 There are 2 factors which make this release date very possible: The fact that EA Play is taking place in June where EA did confirm that The Sims 4 will be present, only 3 months before the alleged release. There’s also the fact that the mentioned release is Tuesday – the day when packs for The Sims 4 get released worldwide.

As always nothing is truly official until The Sims Team makes a full announcement so stay tuned to our Seasons Tag for current (and upcoming) posts about this pack.

Okay so you know how much we’ve talked about The Sims 4 Seasons and how the development team is open to discussing certain features that The Sims 4 Seasons would include? Well, it turns out that EA’s Customer Service is apparently also aware of The Sims Team’s current development, and they have just confirmed to twitter user @TheSims4TBAF that it is currently in development. 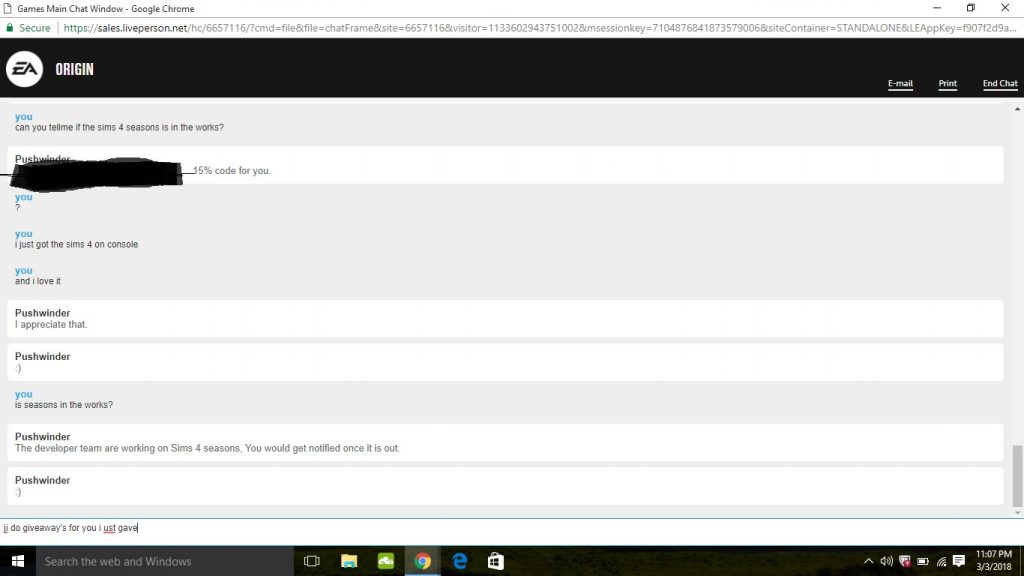 We have no idea if this information is genuine considering the fact that it’s coming from EA’s Customer Service who, we guess, have no information about The Sims Team’s future pack lineup but taking this in consideration with all the previous information that the development team has been sharing with us one thing is certain: The Sims 4 Seasons is happening.

Make sure you stay tuned to our The Sims 4 Seasons Info Tag for all the information we have about the pack so far.