Just a few days after reporting that 4 The Sims 4 Packs have been registered on ESRB for Xbox One and PS4 they have been removed from the ESRB list.

Today Wog has listed some of these packs excluding the Cats & Dogs Expansion Pack which was featured in the ESRB list. The release dates mentioned also check out considering that they’re not just generic dates aiming at the 15th of every which were leaked previously. This Wog listing mentions release dates that all aim on Tuesday which is when The Sims Team has always released Packs for The Sims 4 Console. 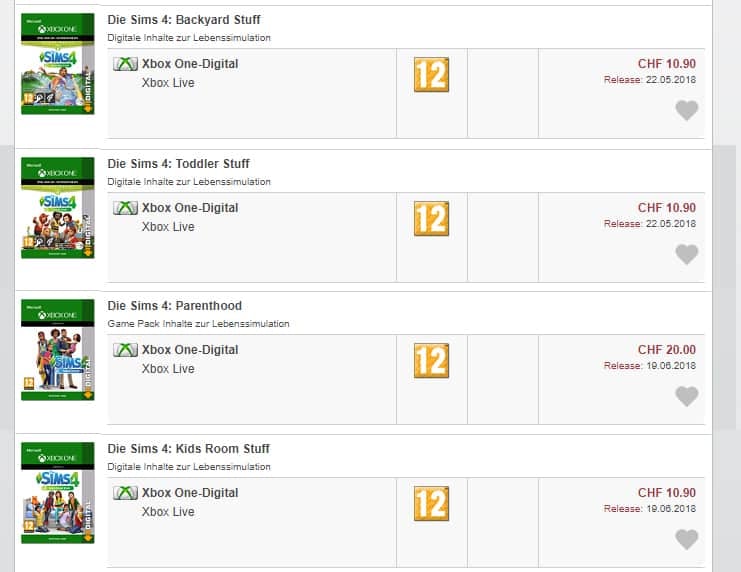 This leak is also confirmed by Amazon.de, which shows Toddler Stuff and Backyard Stuff as the next packs for The Sims 4 Console with the correct release date.