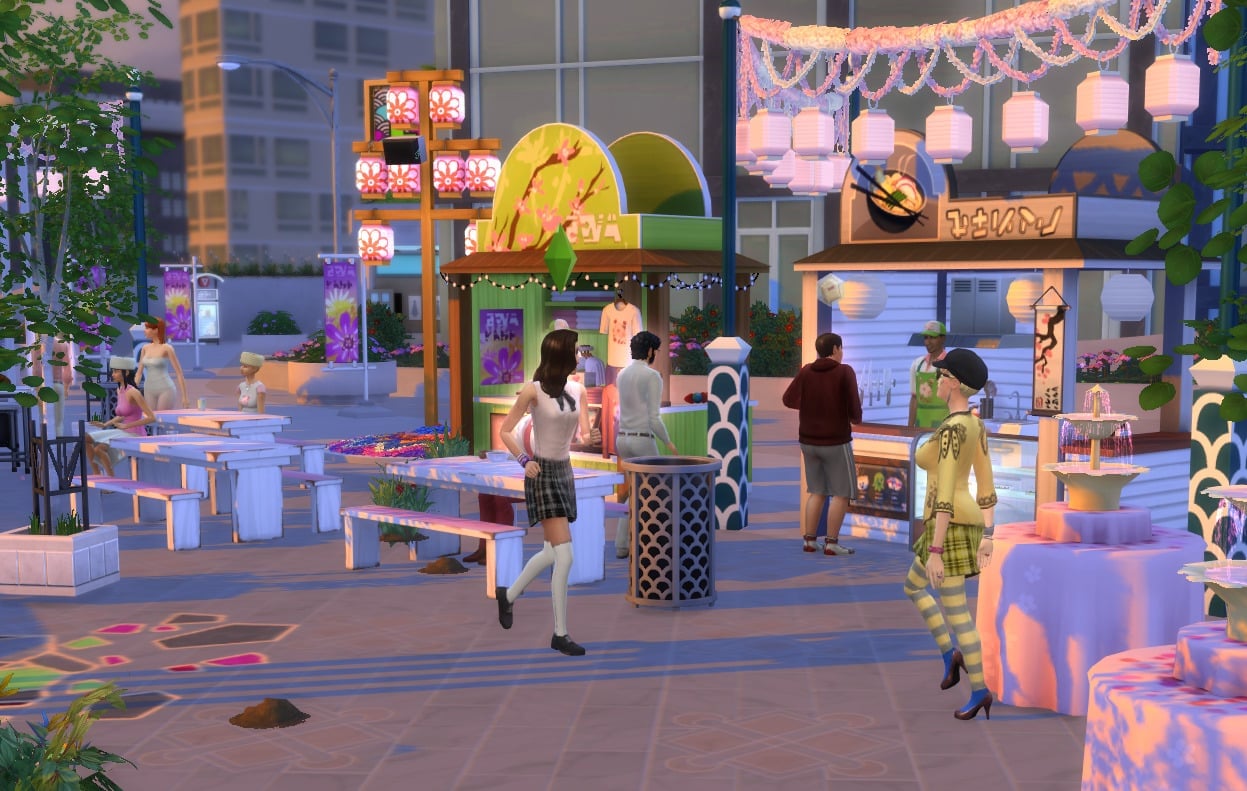 The year was 2014, which, looking back in my own experience is surprisingly long time, and yet, it doesn’t feel that long either. Anyway, the year was 2014, the month was September, I’ve just begun attending the first of my courses for game design (that panned out GREAT in case you’re asking, I write sarcastically), and on the horizon was a brand-new game that I was anticipating, for you see, The Sims 4 is just about to come out! I was excited, I think, obsessing over the two Create a Sim and Build Mode showcase trailers like mad, the first full UI trailer was also amazing, I was in love, somehow, which is quite ironic given what was to come, it’s also even funnier, I pre-ordered, but I do remember my older brother telling me “I’m jumping too easily on the hype train”, but he doesn’t know.

For you see my dear readers, what I was completely oblivious to be the relationship I was about to build with The Sims 4. I love it as much as I hate it, but that wouldn’t be reality until later in the story.

The game finally came out… and I disliked it. I just couldn’t get into it! See, serves me right for creating a manic eight sim family out of the gate (what was I thinking?) That did disappoint me a little, I was so hyped, and, I didn’t get what I wanted. It was the first red flag, but once ghosts (or was it the pool update?) I decided to change gears, instead of focusing on a huge family, I just picked a single sim. This was back when the game was BARE bones, Johnny Zest was known as… Zest Johnny, for… some strange reason? Back then, there were no toddlers, no basements, no Newcrest, the game was… simplistic, and looking back, it did not look great to be honest, The Sims 4 was divisive. 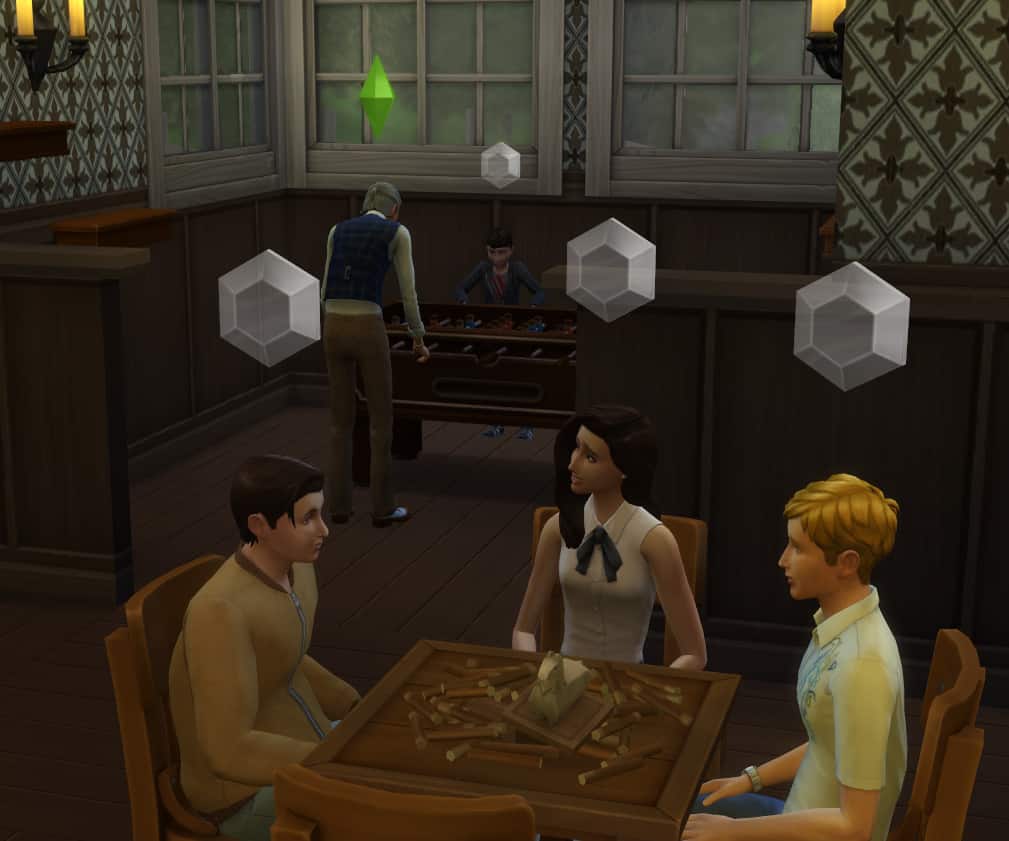 I started a new game at the end of October, and for the first time in the ENTIERITY of me playing with The Sims, I would not stop playing until Outdoor Retreat came out in early January, it was, and I am not exaggerating, the peak of my life at the time, everything was great. For you see, I suffer from depression, a severe one, as well as anxiety. And The Sims 4 came out shortly after the darkest page of my life, so The Sims 4 was actually a strong escape, paired up with the amazing course I was doing where I learned a lot about both Animation and Game Design (surprisingly no programming, don’t ask), I was flying high, and my experience with that game was amazing, I still can recall the sims I had.

The first family (the one that failed) had eight sims, one of those sims was the brother, he was this sad, gloomy aspiring painter, and I decided to make him my main, because The Sims 4 to this day lacks a Story Progression, I also adopted the Rotational Gameplay, which back then was perfect, since there wasn’t much to do in the game (seriously how did people fill up mansions!?).

He had a great life, he married Zest Johnny, adopted a baby girl Krista, who then married Alexander Goth, while Alexander’s sister Cassandra married Malcolm (and Malcolm’s parent had a baby brother Alfonso, who had triplets with Olivia Spencer-Kim-Lewis as she was known back then before the developers realised it exceeded their character limit). And it was an amazing time, and a lot of it I used to think was because of the simplicity of the game. The game ran amazing (which, to my surprise the game still does a good job, I still have the same specs as back then), the new toys were amazing (I loved building, many of my O.G builds are still on my Gallery, at TheMarshyBear, check me out and follow me), and it was just, smooth, no problems, no game-breaking glitches, I adapted to what the game offered back then.

But there was something I was unaware of that was happening in my save game, I mean, there were no toddlers so Sims grew up fairly fast to be perfectly honest and Sims themselves lived like, four days shorter than they do now, but, I started noticing that my saving and my loading would slowly start to take longer…and longer… and longer to save. Before I knew, the game was BLOATED. To this day I don’t know with what, I think it may have had something to do with my tendency to annihilate all the ugly Townies that game insisted on generating? I think they finally fixed that now, it’s hard to tell, some Townie tools would be AMAZING, like specifying what roles they fill (seriously Gurus, I’m sitting on a gold mine of a game if you just reach out to me!)

But, the paradise was not to last. Once Outdoor Retreat came out, it triggered an intense dislike of the game, and I was about to enter a love-hate relationship with the game for the next 4 years. It’s funny. Because I finally after FOUR years managed to get back to game.

Outdoor Retreat was the first of the many major packs that added a mechanic or a system that heavily depended on travelling, but with Vanilla Sims 4, this wasn’t a need, and I could focus my obsessive need to control all of my household easily without worrying or needing to travel, but the next few packs really made it difficult to achieve control (especially with the subconscious min-maxing opportunities with aspiration goals and performance goals). The game would be unbearable. 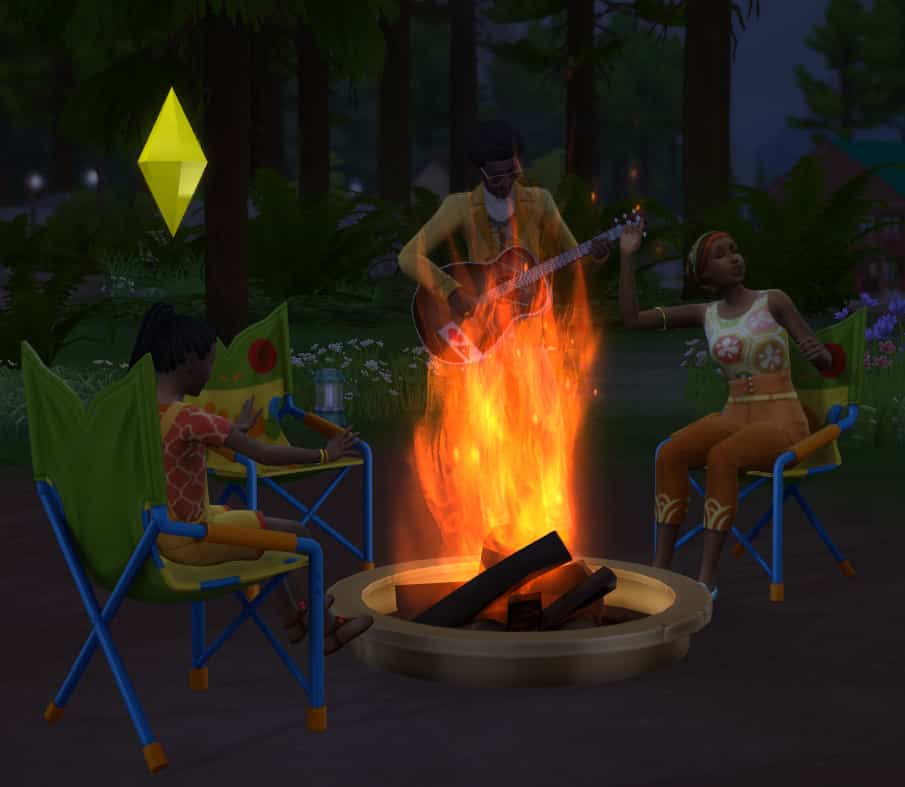 When Get Together came out, I remember building the amazing mansion that was favourited by Maxis (my proudest moment to be perfectly honest), but I remember starting a new game, with a huge family, it failed miserably, the control wasn’t too bad, but it was just the fact that to enjoy clubs I had to keep travelling, and when returning, my Sims were all over the place (they’re still are to be frankly honest), but back then it just irritated the plum out of me. I needed full control of my sims 24/7, they didn’t have that much time really. And then again for Seasons. And it’s just, I remember trying hard to get into it, and being frustrated by my failures, because the game was getting so much awesome content I didn’t get to play, and I just kept failing. And I think a lot of my hate towards the game came from my frustrations because it didn’t suit me. 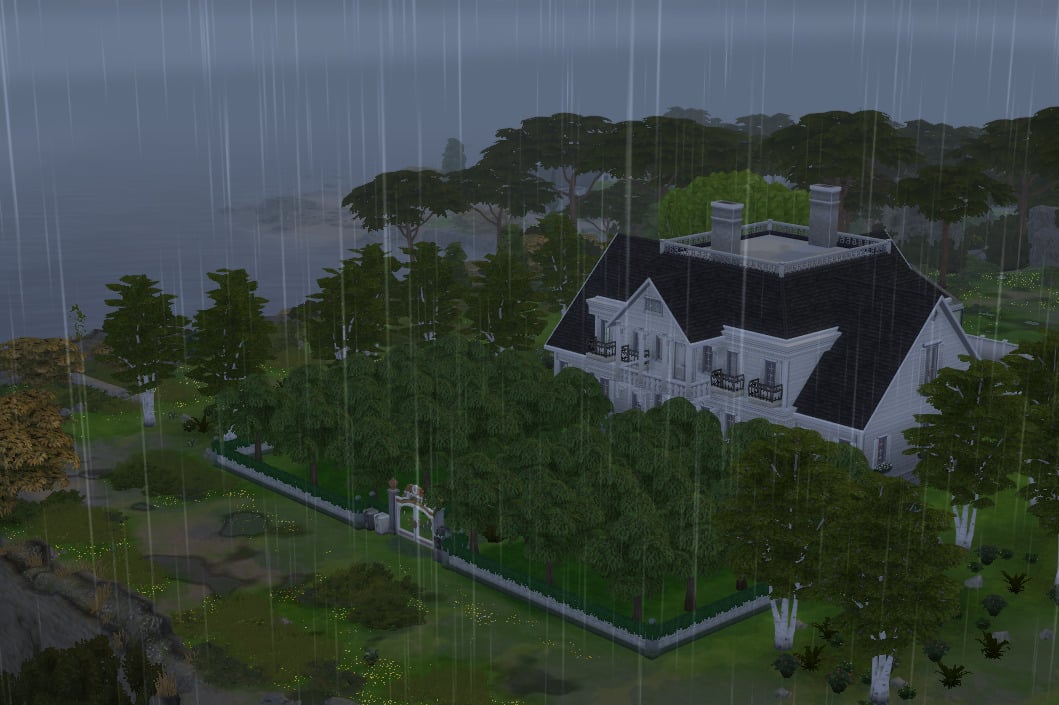 But lately, a part of me came back that needed The Sims 4 again, and I started to enjoy it.

My life has taken a rather unfortunate turn, I dropped out of college and really don’t have much of a path to go to, and I’m stuck in this limbo, and have a lot of time on my hands, and I think in a twisted turn of events, Sims 4 managed to fill a void I have. Which is even more beautiful given that it was like scientifically proven that playing Sims makes you happy?

Few weeks back as of writing the article, I made a random Sim, I didn’t build a huge back story, I just went with my gut. She became a writer. The idea was that she was there to gather inspiration in Strangerville but I quickly realised how much money she was making and the next thing I know she moves into San Myshuno, married Salim Benali, and have three kids (Aurora, Neda and Hero), and I finally had something that I thought I lost for good with this strange game. And now I just finished playing with the Villareal for the first time, and had the best time (although Goths really do pain me to say they frustrate the plum out of me, how? They’re royalty!?), and I’m looking forward to what the next few families hold for me, and seeing my little world evolve.

I don’t know what really changed between then and now, but I think it was just need, the game isn’t about getting everyone to be perfect, like I played back then, but now it is to just forget about what’s around me, just for few hours, and let my mind rest.

Life can be hard, and Sims is truly an amazing game that helped million of players. It is for everyone, whether you like to burn your sims, build them mansions, go from rags to riches, or just experiment.