We love to shine a spotlight on talented members of the community and today, we’re featuring a Simmer who not only has the talent for a spotlight but the humour, too!

romantbrandt84 has been a member of our Sims Community Facebook group for over a year now and has been making everyone laugh since the day he joined. He is a much loved staple of the group and his sarcastic, witty humour brightens everyone’s days. I look forward to seeing what he’s shared with the group every single day. 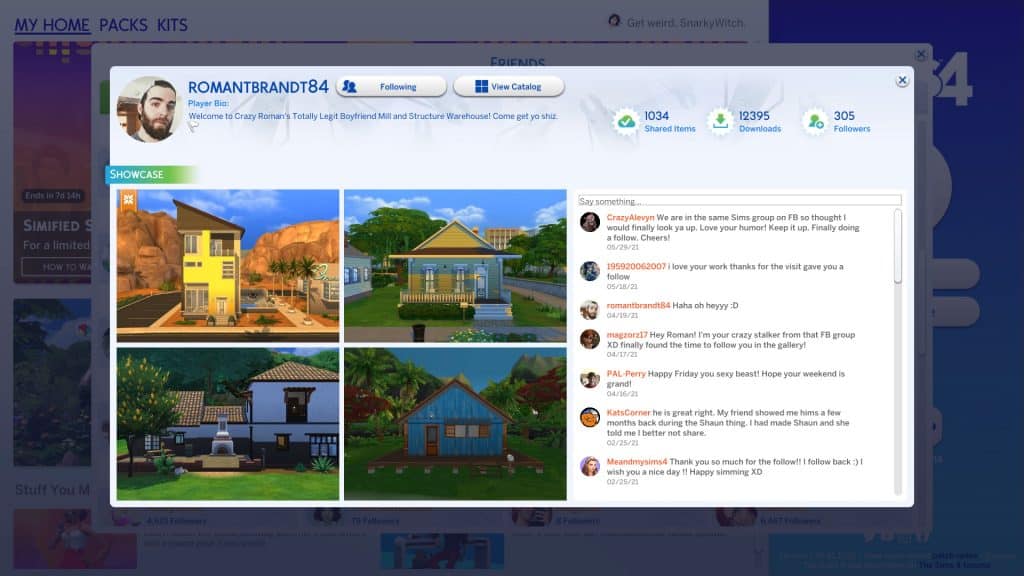 He’s even branded himself as “Crazy Roman” in the Gallery! Roman specializes in both Sims and builds, putting a focus on male Sims which are underrepresented in the community. His series of charming fellas is hilariously titled “Crazy Roman’s Totally Legit Boyfriend Mill” and his builds are part of a similar series called “Crazy Roman’s Structurally Sound Structures.” Although the Sims and builds themselves are great, the descriptions are worth a read because they are all hysterically funny!

He also has a YouTube channel where he makes videos that are just as sarcastic and comical as his Gallery descriptions! It’s honestly such a refreshing breath of fresh air in the community.