A well-respected modder in the Simming community by the name of Arnie has announced that he just may have finally cracked the code that has puzzled players and modders alike for years; how to bring the colour wheel and Create-A-Style to The Sims 4!

He has shared a video on his Patreon demonstrating an accidental discovery he made while working on a different mod. The video appears to show him being able to transfer the colours and textures from one object to another by dragging different paintings onto a coffee table. The coffee table then takes on the colour and pattern of the painting that was dragged onto it. There are a few other videos as well showing potential colour wheel functionality.

I just wanted to let you know that, while I was working on Plumfruit Part 2 (searching for a way to change wallpapers on the computer), I discovered a cool function in the code that allowed me to code and create some kind of Create-A-Style feature (sims 3 players, if you know, you know😜)

This allows you to create and modify your own objects and textures inside the game! How cool is that?

I would like to turn this into a mod, where you and your sims can create their own custom objects, either for their home or to sell it at their custom furniture shop!

I have so many ideas and will probably keep working on this project to make it a full mod pack of its own one day! I have no release date yet, and as you know I have so much work to do already (revamping mods, betas, etc.) But I just wanted to share with you these features and experiments I’m working on! Hope you like it!

Arnie does caution that this discovery is still very new to him and he hasn’t yet had a chance to do more research into it but he theorizes that it may be possible to use this loophole to his advantage and create a fully-functioning colour wheel and Create-A-Style feature for The Sims 4.

Arnie is no stranger to accomplishing the impossible; he is known for many groundbreaking mods like his Farmland mod, as well as the Brookheights mod, both which add entirely new worlds to the game along with game-changing gameplay, so we’re pretty hopeful about his next planned project! In the meantime, you can follow Arnie on Patreon (or Twitter!) to continue receiving updates about this exciting project. We will also be keeping you updated on any big developments! 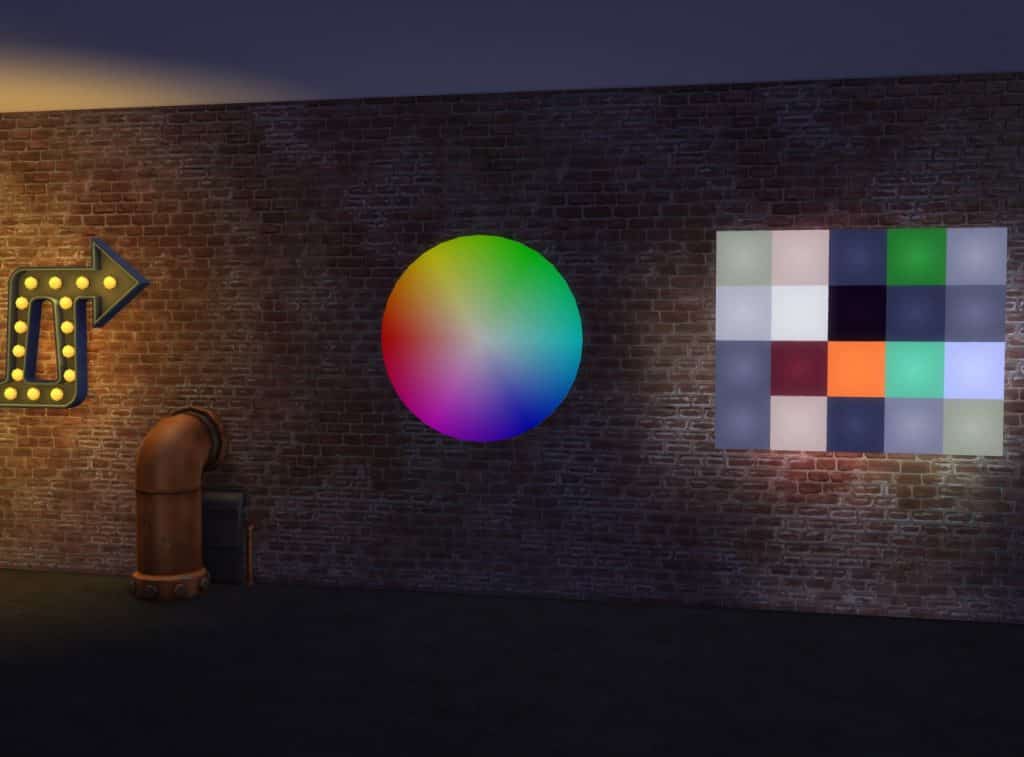