Today, I thought I’d share my playthrough of the Neighbourhood Confidante aspiration with you. My SuperSim, Elodie Goth, was the perfect candidate for this playthrough. Not only is she a SuperSim who needs to complete every aspiration in the game, but she has a mountain of perks and reward traits from being a SuperSim that made this a fairly easy aspiration to get through. 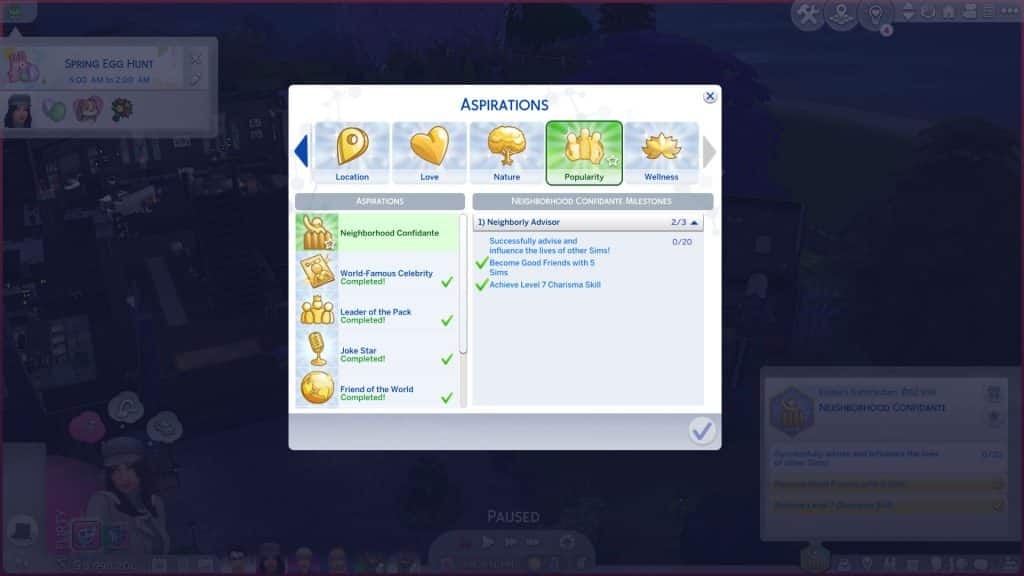 After selecting the aspiration from the Popularity category, I was delighted to see that the last two goals of this single-tier aspiration auto-completed themselves! Elodie already had the Charisma skill maxed out and she was Good Friends with way more than 5 Sims so those two goals were immediately taken care of. That just left the first goal; to successfully influence Sims’ lives 20 times. I could have just went about my business and waited for random phone calls from her many friends to come in but that would have taken forever. I decided a more hands-on approach was necessary. 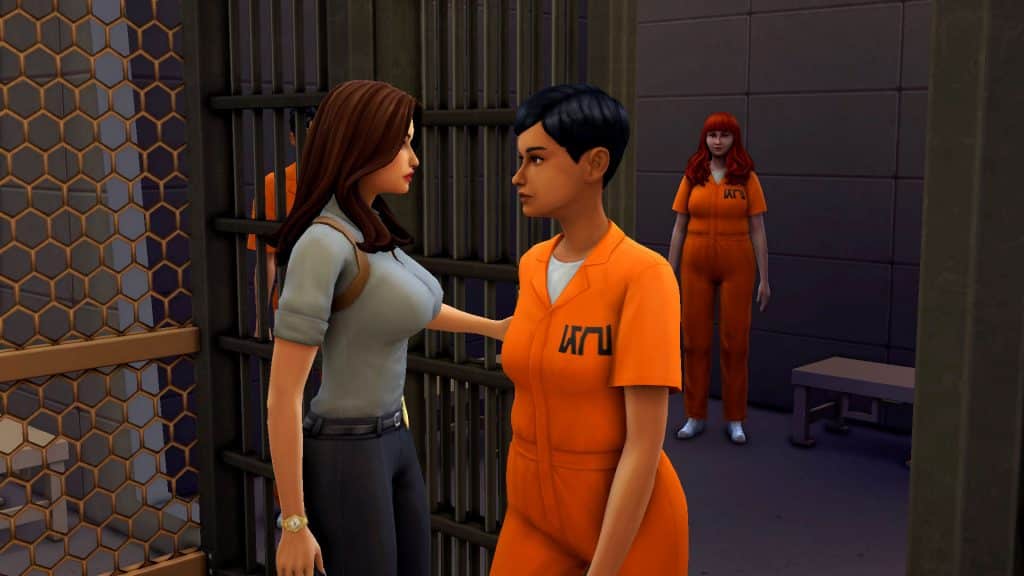 Luckily, Elodie had just started a new job as a Detective so she had no shortage of criminals down on their luck who might need some encouragement to turn their lives around. I got the goals for her job performance out of the way quickly so I could dedicate most of her shifts to reforming criminals. With all of her perks and rewards, she instantly maxed out the friendship bar with a Polite Introduction. This made Sims very susceptible to listening to her advice right from the start. All Elodie had to do after introducing herself was ask them about their career and then encourage them to get their dream job. Not every Sim wanted to take her advice but the majority of them did. 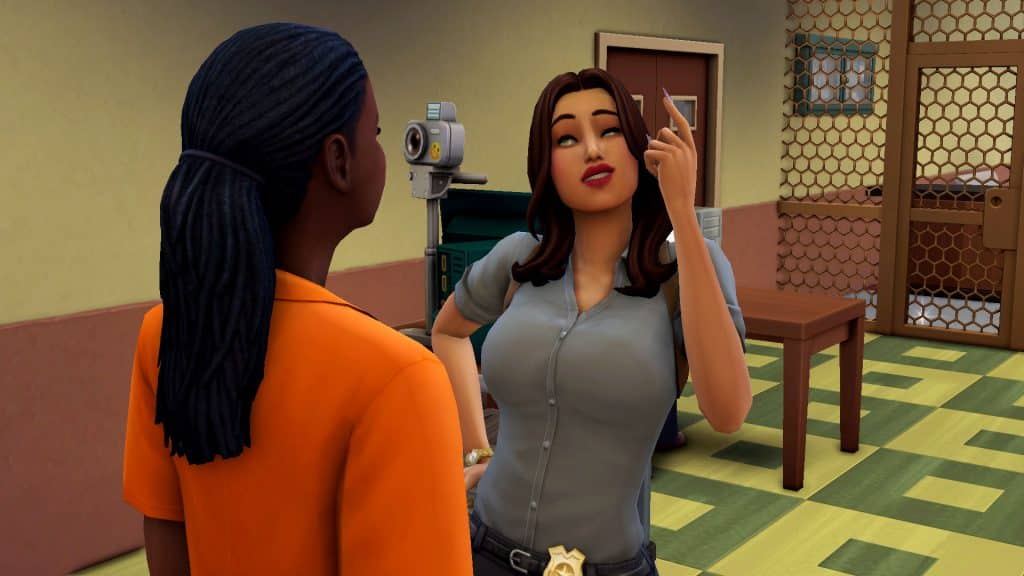 When criminals at work started getting scarce, Elodie started chatting up Sims while out on patrol. She used the same strategy that worked with the criminals; a Polite Introduction to become instant Good Friends, find out their career, then encourage them to change their career. Like the criminals at the station, not everyone took her advice but many of them did and were appreciative of the suggestion. 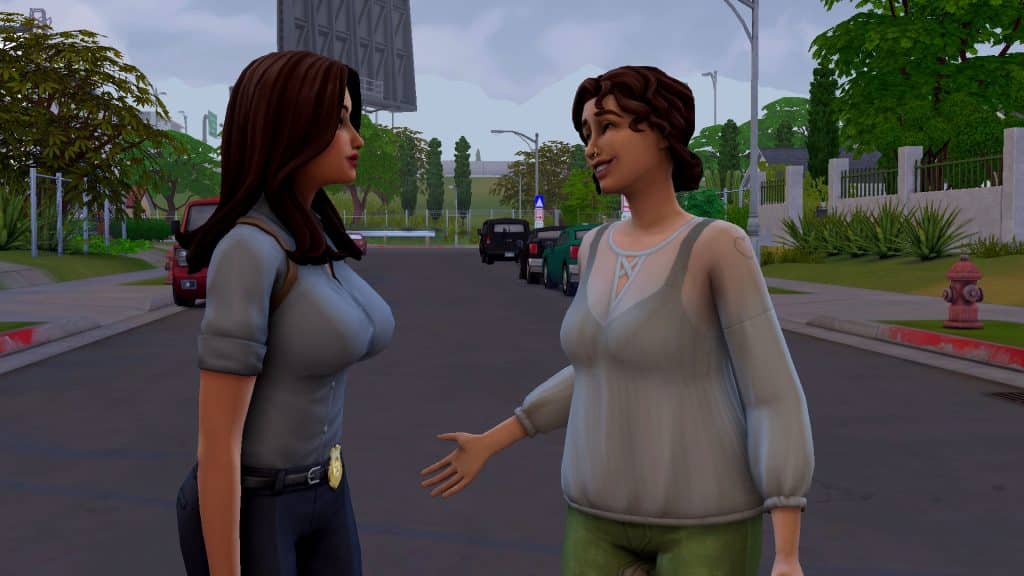 When I started this aspiration, I didn’t think 20 Sims was a lot but as I started getting out there and actively trying to influence the lives of Sims, I realised 20 Sims is quite a lot. Pretty soon, Elodie ran out of both criminals and patrol civilians to pester about career changes. I did also try influencing Sims to have babies but had absolutely no luck convincing a single Sim of that. Career changes seemed to work much more often. 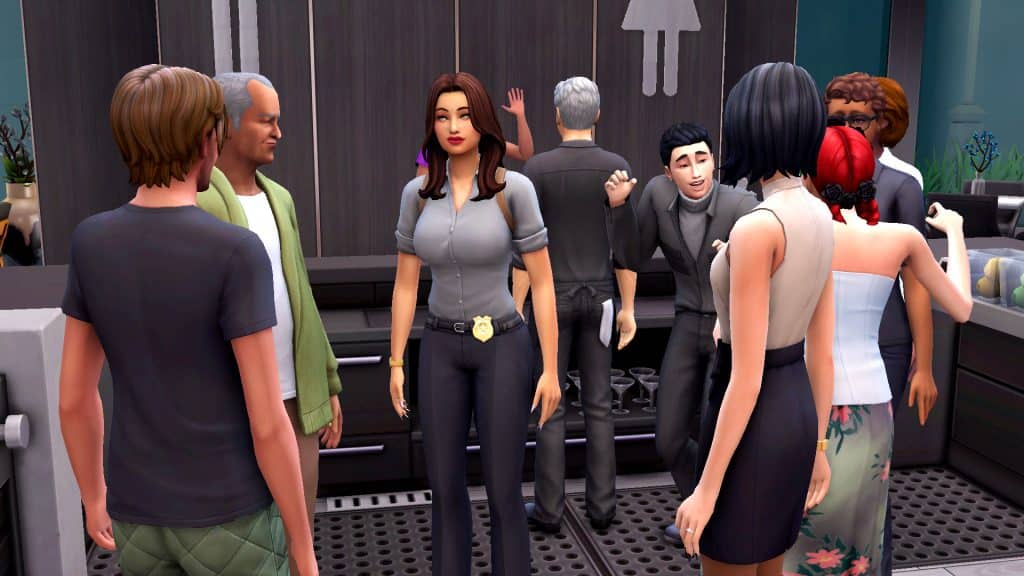 Elodie has every reward trait so she doesn’t need to take care of her motives anymore. She’s got a lot of time on her hands after work when her kids are asleep so she heads out to the karaoke bar to spend her night inserting herself into the business of random strangers. Oh, and she’s a Global Superstar so she conveniently always has crowds of Sims swarming her wherever she goes. Very helpful for an aspiration like this. Elodie does have some success… and some failures but by the time she had to get ready for work again, she just had one more Sim left to influence to finish off this career!

There were no criminals at work that Elodie hadn’t already discussed a career change with and her coworkers all seemed very satisfied with their current career paths. But a police station always has civilians coming in to bail out friends and relatives or to report crimes. So Elodie hung around out front waiting to catch Sims on their way into the police station.

And that’s where she had her final success! She managed to convince someone on their way into the station to switch careers! That made 20 Sims successfully influenced and polished off the career for Elodie. She earned the Confidante reward trait for her efforts. This trait helps her avoid boring conversations and allows her to have more successful conversations with Sims. This… doesn’t really help her much, considering her 160+ other reward traits combined basically do the same thing but oh well. It’s still another box with a checkmark in it on her very long SuperSim list. 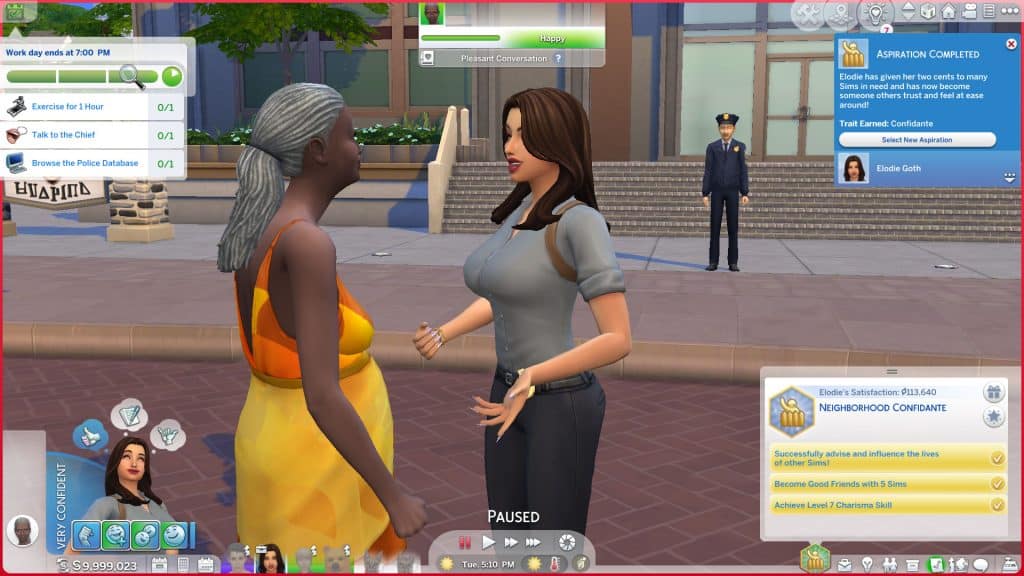 If you decide to play through this aspiration, you’ll probably be working on it for much longer than I did. Unless you also have a highly accomplished SuperSim, this aspiration is going to take time and patience. You have to master a major skill, heavily invest yourself in five friendships, and successfully influence the lives of many Sims. As you saw with Elodie, not even all of her SuperSim perks guaranteed a successful attempt every time so be prepared for a long haul.

Did you complete the Neighbourhood Confidante aspiration? Did you find it difficult, easy, or just long? Let us know in the comments or come chat with us on social media!