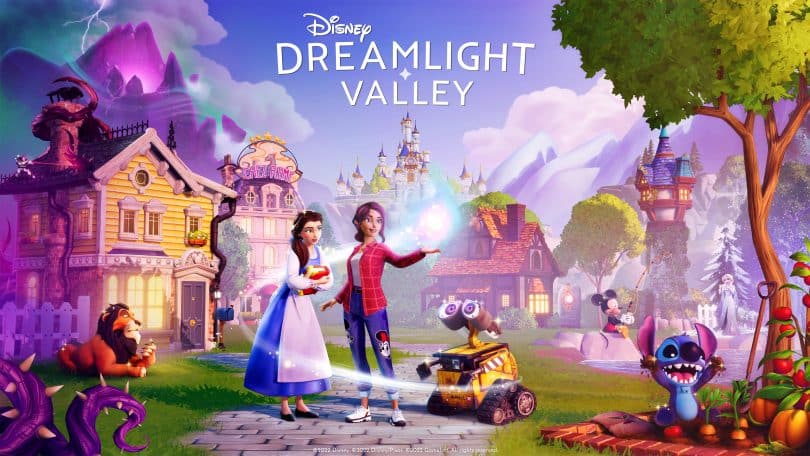 Disney Dreamlight Valley is a combination of a life simulation game with elements of an adventure game rolled into one. The game includes a variety of quests, exploration and in game activities while being surrounded by many familiar Disney and Pixar faces.

Once an idyllic land, Dreamlight Valley was a place where Disney and Pixar characters lived in harmony—until the Forgetting. Night Thorns grew across the land and severed the wonderful memories tied to this magical place. With nowhere else to go, the hopeless inhabitants of Dreamlight Valley retreated behind locked doors in the Dream Castle.

The game will be launching as a free to play game in 2023 on multiple platforms including PC, Mac, PlayStation and Xbox consoles with the Apple App Store and Nintendo Switch coming at a later date. It’s being developed by the game development studio Gameloft.

Also, coming this Summer, an Early Access period will be available for Disney Dreamlight Valley for those who purchase the Founder’s Pack ahead of time or those who have an Xbox Game Pass membership.

You can wishlist the game now, as well as keep up to date with the games’ development by clicking here.

Let us know your thoughts on the upcoming Disney Dreamlight Valley game below in the comments!