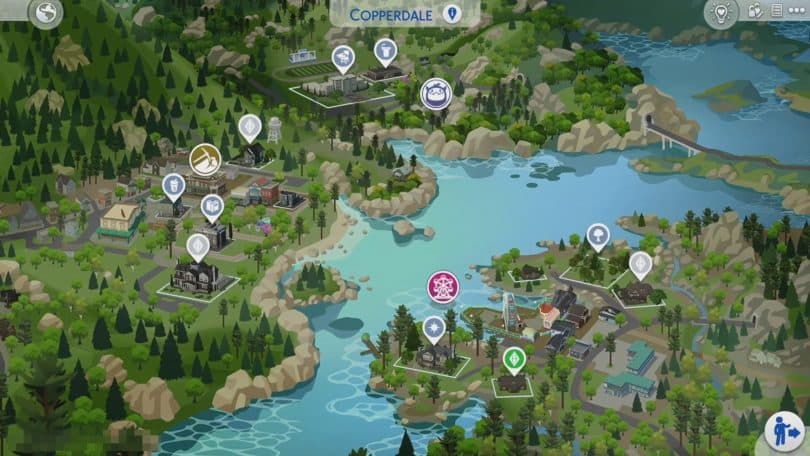 The World Map for The Sims 4 High School has leaked!

We got ourselves a first preview at the Copperdale World Map!

Copperdale, a brand new World coming with The Sims 4 High School Expansion Pack has been shown in the reveal of the Pack. Throughout which it has been confirmed that we’ll be getting three Neighborhoods, along with new Lots and places to visit!

Wondering what’s included in the World of Copperdale? Check out the preview below!

Copperdale brings 12 Lots. A School District Neighborhood with Two Lots and an editable High School. A Mining Residental area with 4 lots in total, as well as a playful Neighborhood with a ferris wheel that brings 5 new Lots to the World!

The image has been posted by a mysterious user on Twitter who excitingly shared the preview. The original source of the leak remains unknown.

What do you think about the upcoming World? Let us know in the Conversation below!