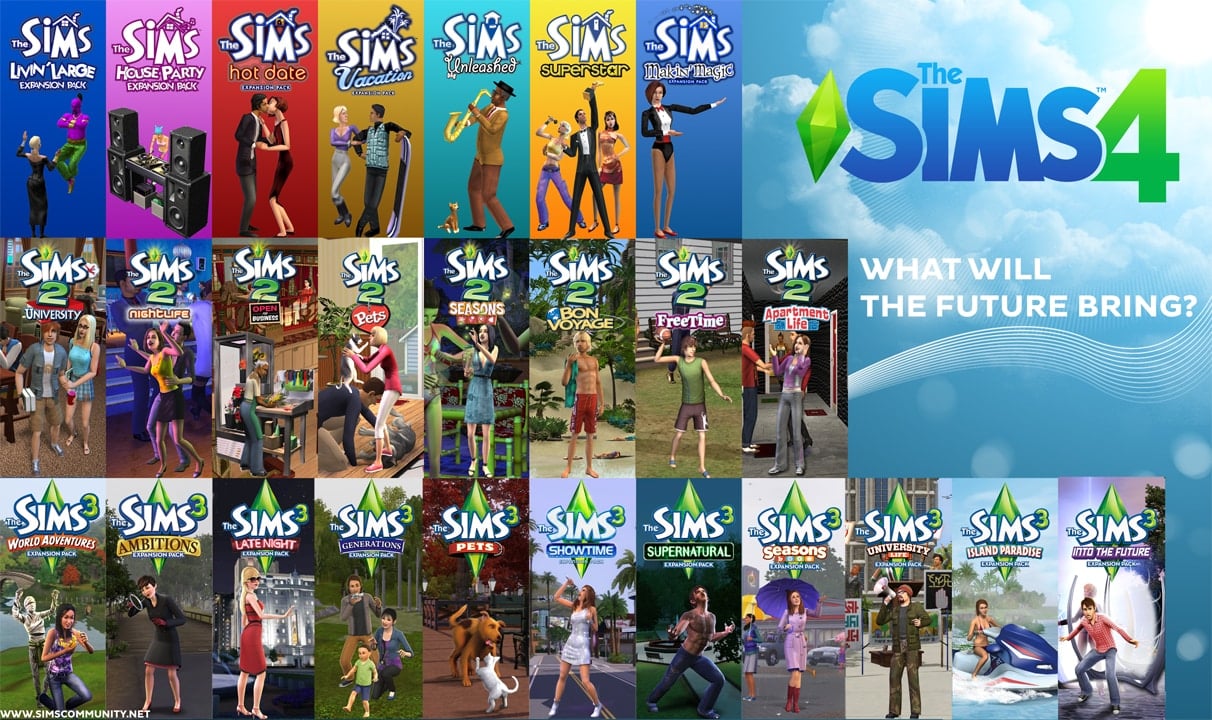 It’s been more than 3 months since The Sims 4 Base Game released worldwide. Although there were no official announcements that a new Expansion Pack for TS4 is in the works, several leaks (Leak 1 – Leak 2 – Leak 3) proved that The Sims Team is hard at work and they’re doing their best they can to collect your Feedback on Twitter, Facebook and The Sims Forums.

We made a Poll of Expansion Packs from previous Sims games where you can cast up to 2 votes on your ideal Expansion Pack idea that you’d like to see in The Sims 4. If you have a completely new idea for an Expansion Pack feel free to share it in the comment section below!