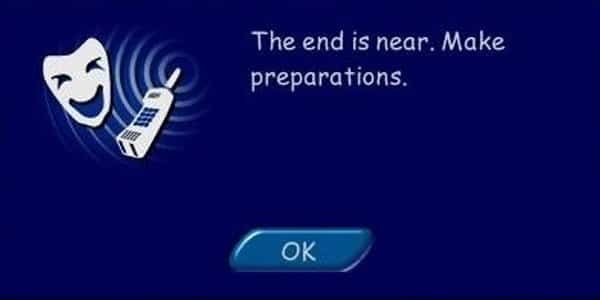 Everyone, even non-simmers, know the various ways we kill our sims on the regular. The classics include the likes of fire, drowning, electrocution, and starvation. But that’s just the beginning of our little pixel people’s torture. Read on for a look at the wackiest, craziest, most insane ways we’re able to end our sim’s lives.

Scuba diving can be quite a terrifying experience. Have you seen some of the demonic creatures they’ve pulled up from the depths of the ocean? Plus, everyone’s seen the movie Jaws before. If you’re diving and you see a shark, you better hope there’s a cave nearby to hide in. Otherwise I hope you’re strong enough to fight it off. Go for the nose.

Old people need plenty of rest to make it day to day. If they push themselves too hard, their little hearts could give out. It doesn’t matter how many times it repeats “I think I can” to itself, their hearts aren’t a tank engine. Elders need to monitor their exertion and not exhaust themselves with too many physical activities. This includes woohooing too many times, which will result in their partner having a nice, post-woohoo nap while they collapse on the floor. Talk about a wild ride.

The aptly named Box of Danger is what all the pro-magician’s use to woo their audiences. As its name suggests, it’s not the safest way to earn a living. One slip up and even the greatest of all magicians will meet an untimely fate. Leave your audiences wondering, “Is this part of the act? Where’d that man in the black cloaks appear from?” Just remember, the show must go on.

Impress the gardening club and you’ll receive the greatest gift of all, a wishing well. May all your dreams come true. That is… until they become nightmares. The biggest rule of wishes is that you can’t be greedy. Wish too many times and what you desire most will become your end. But hey, at least your family still gets the sack of cash.

No one likes being woken up, especially these guys. But have no fear, you have plenty of time to rid your body of the curse before it consumes you. What’s that? Your vacation just ended and you can’t afford another trip to Egypt? Well then, enjoys your last two weeks while you can. I’m sure you can ignore the curse taking over your vision. Yes, that is an ominous chant you hear getting louder every day. It’ll all be over soon… ish.

Dirty dishes plaguing your house? Turn them into cash. No use for all those apples in your fridge? Turn them into cash. Sick of your kids leaving their toys lying around the house? Turn them into… you get the point. Plop anything on the altar of the Philosopher’s Stone and watch as they turn to gold in front of your very eyes. Or let the item watch as you turn to gold in front of its very eyes. Look on the bright side, you have a sweet, solid gold statue to mark your grave. Better hope your family doesn’t sell it to pay the mortgage.

Every gardener’s dream, owning a cow plant. Maybe not every gardener, but at least the psycho, crazy ones with pesky neighbors they need to cleanse from the neighborhood. They’re doing everyone a favor, trust them on that. Just don’t trust them enough to ever visit when they call you.

The Sims 3 Into the Future

We’ve all heard the warnings about messing with time travel. The butterfly effect and such. So no one would enter a time machine if it was right in front of them, correct? Well, some might, but they’ll mess with the space time continuum too much and no longer exist, so they don’t count. Clearly they never saw the movie where this exact thing happened.

Living a celebrity lifestyle is exhausting. And what’s the number one thing you shouldn’t do when exhausted? That’s exactly right, skydive. Some celebrities think they’re above the rules, but this is one they’re definitely not. Actually, they end up so high in the air they might be considered above this one.

You should definitely keep a tidy house, because you don’t want to attract that annoying fly that’ll incessantly buzz in your ear all day. And you know what’s more annoying than that fly? When he invites all his buddies over to eat everything in sight. Hopefully they take your ears off first so you don’t have to hear all of them buzzing around.

Gravity is a wonderful concept most times. Other times it just makes things really heavy. Like really heavy. Guess you should have ponied up and bought that better bed or candy bar instead of going the cheap route. Gravity doesn’t like when you’re cheap.