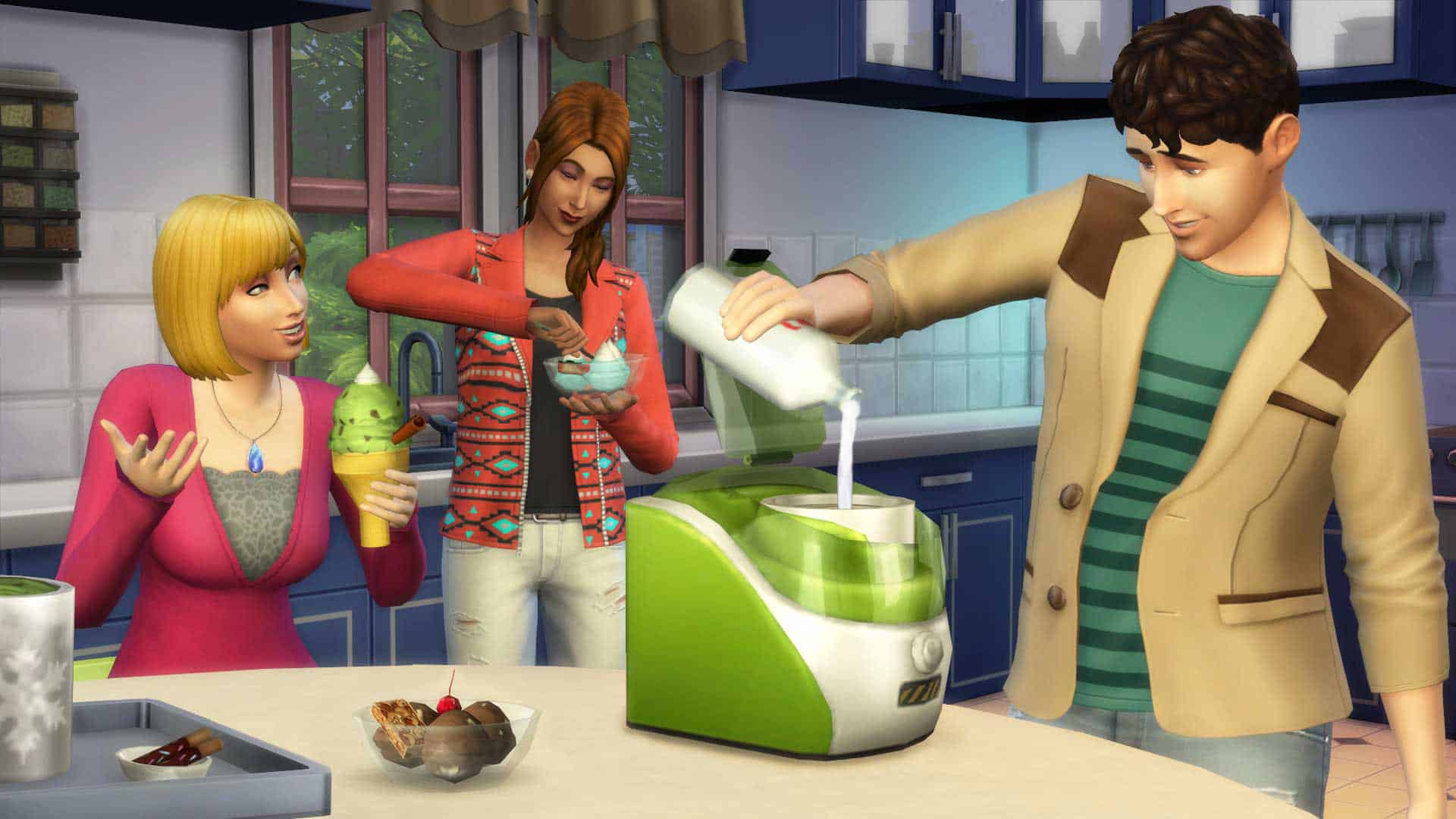 SimGuruGraham, one of the producers on The Sims 4 who’s currently working on Stuff Packs, answered some of the questions on Twitter regarding the ”craft brewing design” that was originally planned for SP03 (The Sims 4 Cool Kitchen) but later got cut.

SimGuruGraham: We had a great craft brewing design written for SP03; sadly got cut.

pascalio5: really? hope it can come in later on

SimGuruGraham: Always a chance, no current plans to resurrect it though.

SimGuruGraham: It wasn’t a good fit for SPs due to the scope of the work needed (too large), and questions regarding the appropriateness of the content that would need to be resolved. I’d love to see it get a chance in a different pack, although there aren’t any current plans for that. There are a number of people involved in the process that leads to our final list of features. At my level, I’m handed a broad theme for what an upcoming pack should be, and then we start brainstorming with designers to come up with ideas for features that would pair well with that theme. From there, we whittle down a list of features from the brainstorm that we think are the best (also keeping in mind if they’re practical to implement), and write short 2-3 sentence design blurbs for each one. We get rough work estimates against those blurbs, and cut the list down to the features we think will work best together for the pack, in the time that we have to develop them. Usually that’s our final list (with minor adjustments here and there), but in some cases estimates change enough after final designs are written that we need to do another round of cuts… such was the case for craft juice brewing. It’s primarily producers and designers who have a say in those cuts, with helpful input from our marketing partners.

JamesTurner: it needs to come back now haha, actually an interesting idea. Could be delicious

SimGuruGraham: It wasn’t a good fit for SPs due to the scope of the work needed (too large), and questions regarding the appropriateness of the content that would need to be resolved. I’d love to see it get a chance in a different pack, although there aren’t any current plans for that.

When it comes to The Sims 4 Get to Work, SimGuruGraham told some name ideas for the first Expansion Pack that didn’t make the cut:

SimGuruGraham: There was a list of submissions from the dev team for EP1. Most of these weren’t seriously considered. Some highlights include: “On The Job”, “Off To Work”, “Workin’ It”, “True Calling”, “Sims At Work” , “Down To Business”, “Back To Work”, “Makin’ Simoleons”, “Nine To Five”. The pack was never just business. Those names were ideas submitted by the team; not necessarily serious contenders.