How to build a Pirate Themed Restaurant 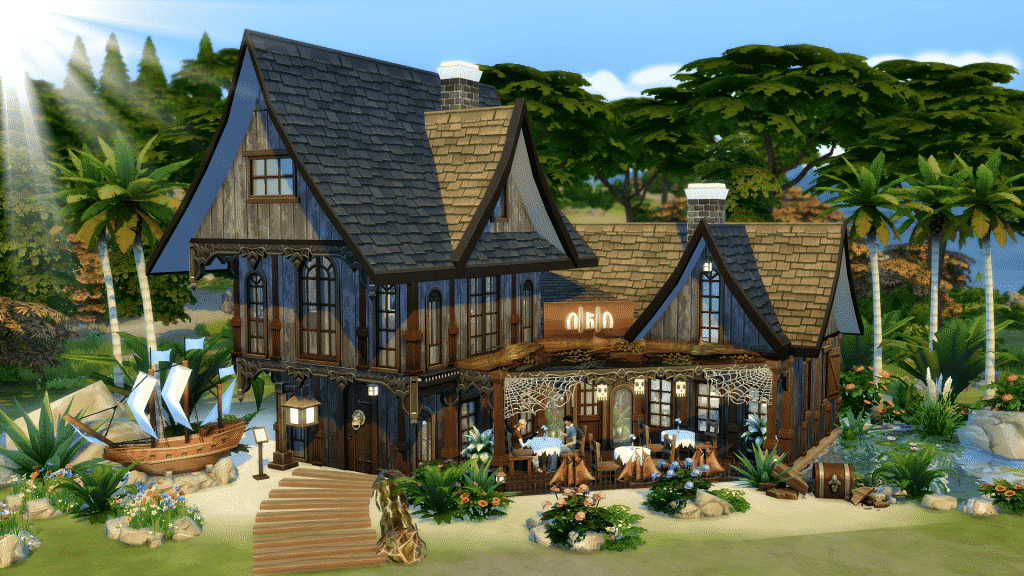 Ahoy me mateys! Are you ready for some good landlubbers dining and amusement? Well first…You’ll have to build some!

In this guide I’ll take you through the structure of my pirate restaurant “The Piece O’ Ate” and show you what I chose to do for gardening, interior, menus and costumes for the staff!

Note: In this I used the game-pack Dine Out and the stuff-pack Spooky Stuff
The link for this restaurant is in the bottom of the article!

I found myself a nice and “beachy” lot because I think that fits the theme quite well, and built a simple structure of both straight and diagonal walls, like this: 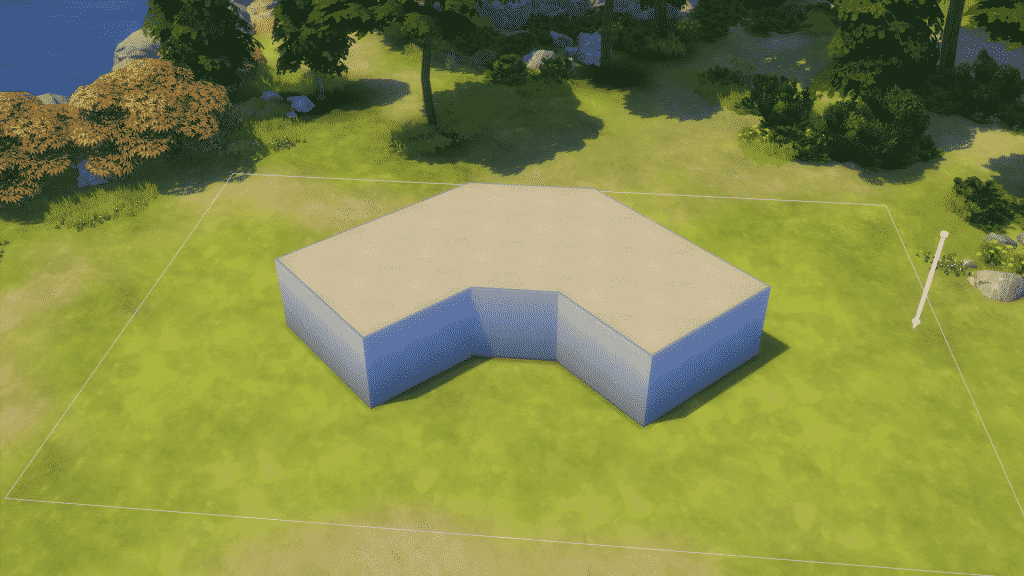 Then I built another floor meeting up with the straight wall in the back, and overlapping one block in the front: 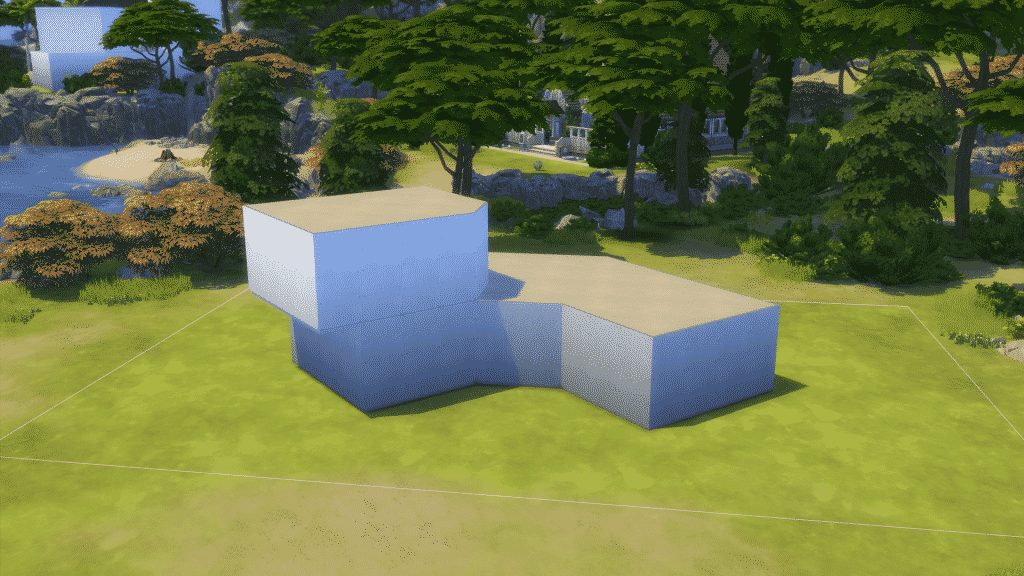 Then, the tricky part…Roofing! I placed down a gabled diagonal roof and used the little circle-blob-thingies to pull it in some. It curves the roof nicely, and gives it a bit more of a”shanty” look:
(The little box in the middle was quickly removed, so don’t mind that. It’s not part of the build) 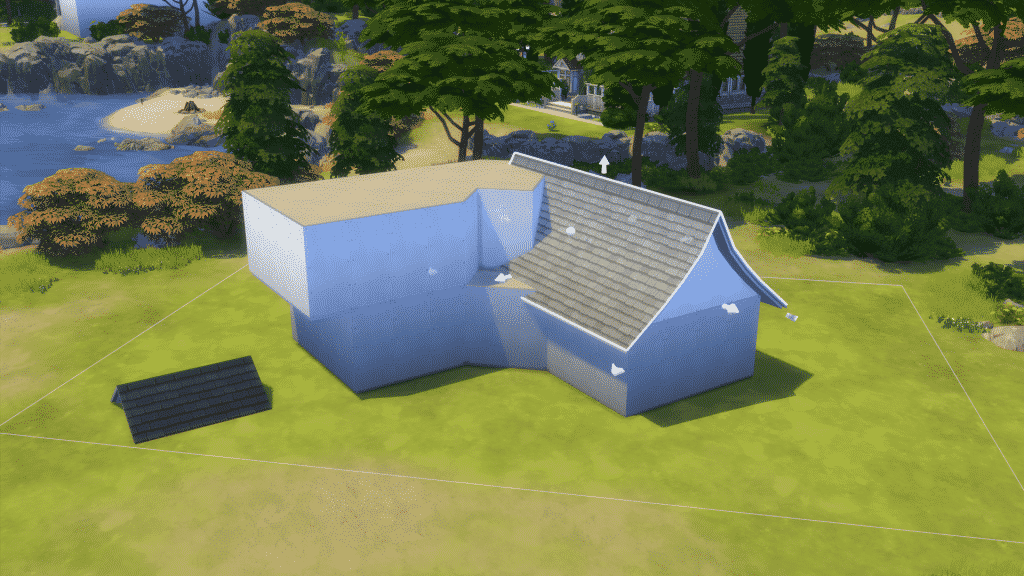 Then a similar roof on the next floor, but this time it’s pulled yet another block over the edge: 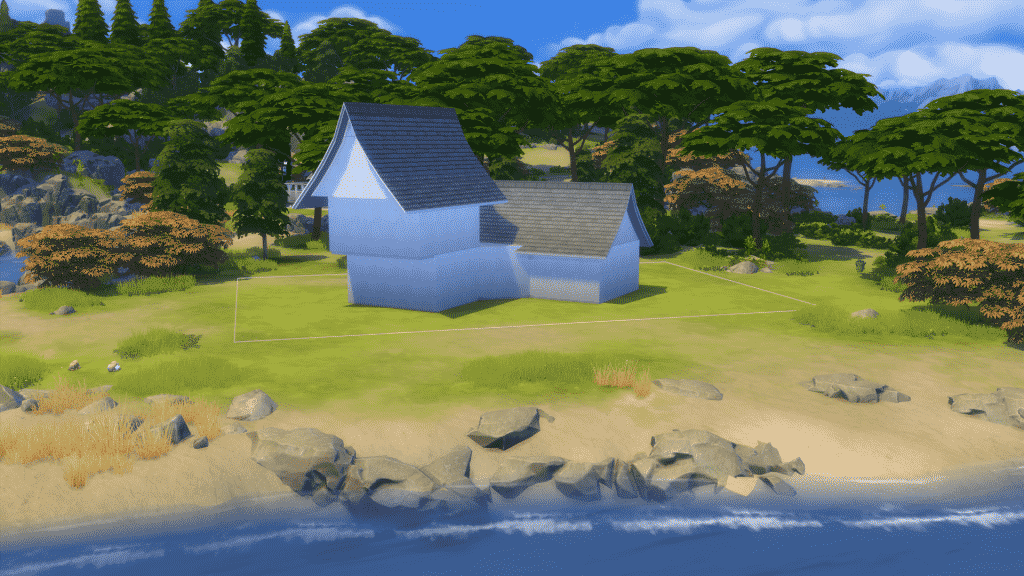 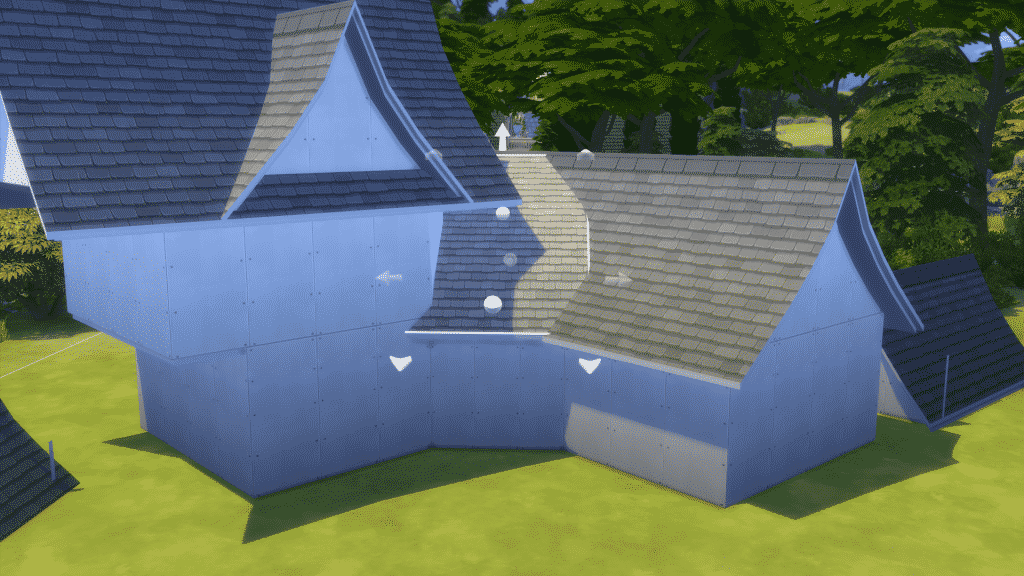 Then a smaller gabled roof on the first floor roof: 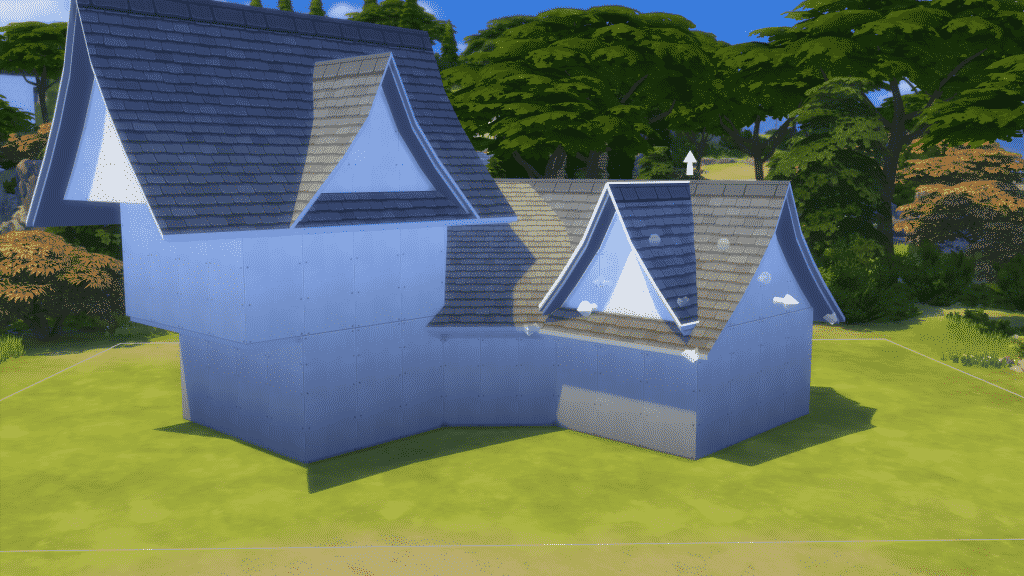 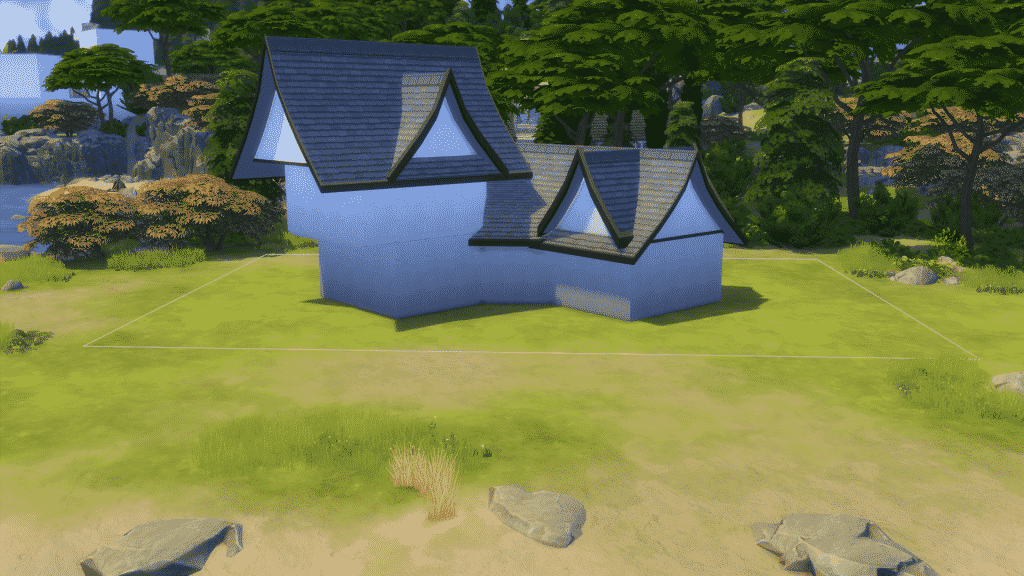 Roof roof roof, boring! It’s limited fun placing roof, and I can guarantee it has caused many an internal argument. So many ideas, so hard to execute!
Let’s get some idea on what it will look like, ey?

In all of the corners I placed brown, wooden pillars. A bit lighter than the roof trim to create some contrast: 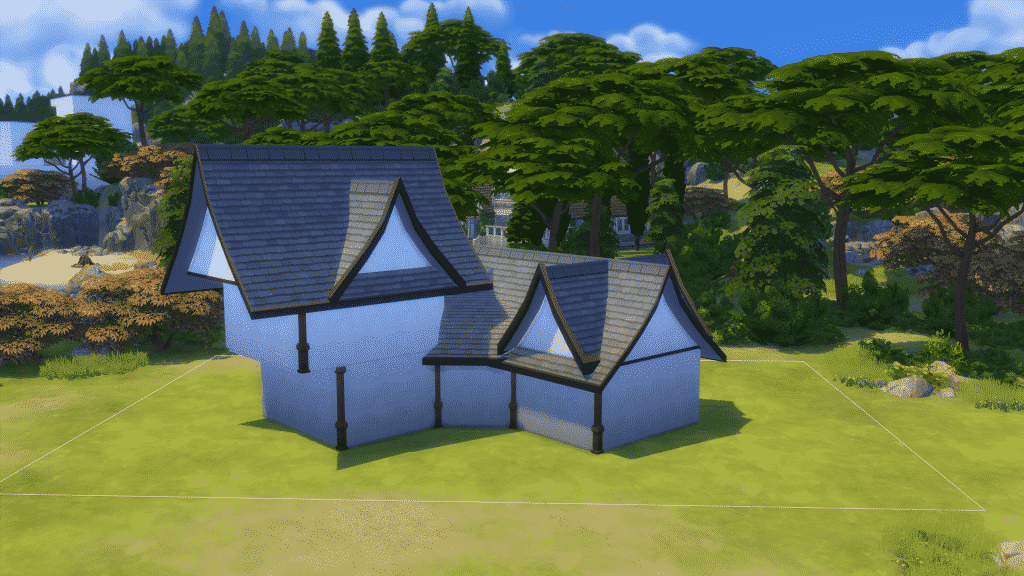 Finally! Windows! One of my favorite things to start placing, because that really gives you an idea of what it will all look like! I tested out several types of windows to create an authentic and interesting look. I also placed some chimneys, exterior trims and spandrels (because how else would I be able to brag about now knowing the word spandrel) 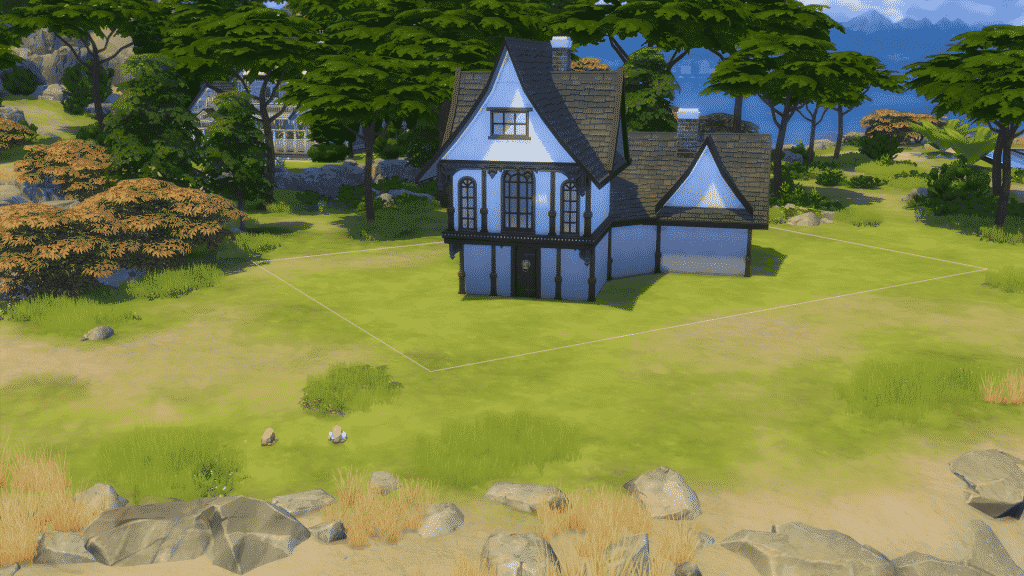 A Wrought iron fence around the entire center: 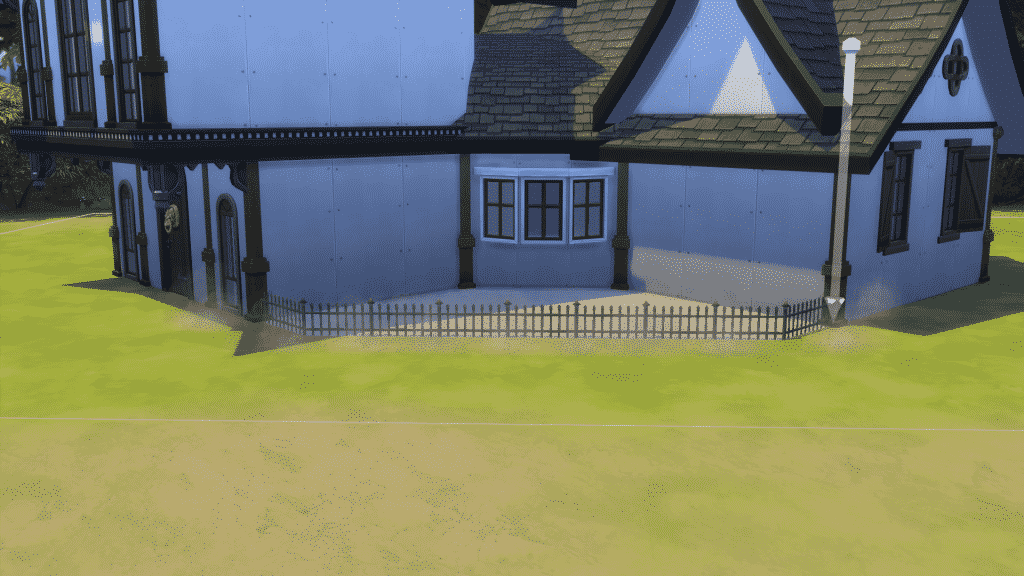 And ALL of the windows: 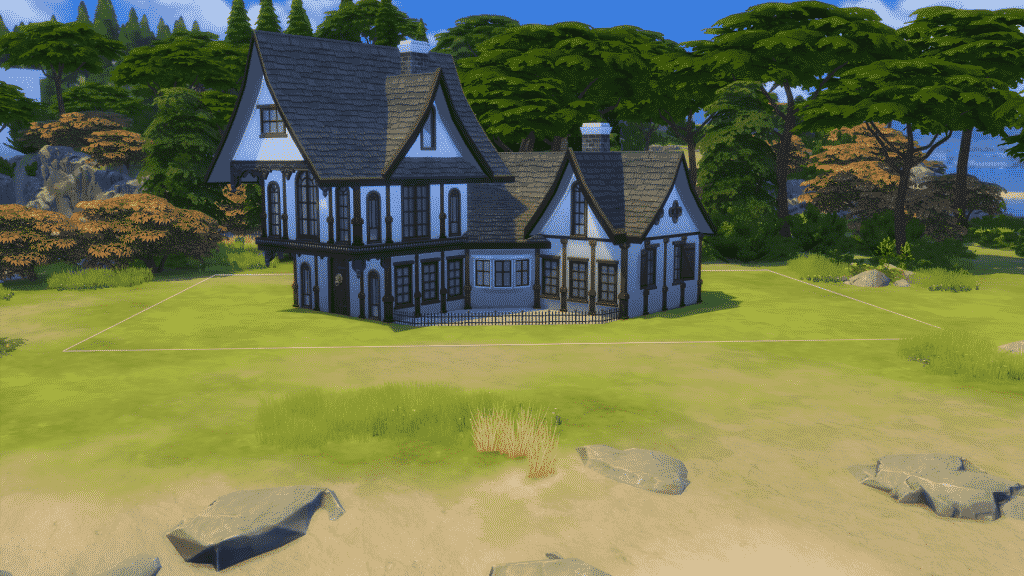 I love the rather tired looking plank wallpaper from Spooky Stuff, so that’s the one I went for: 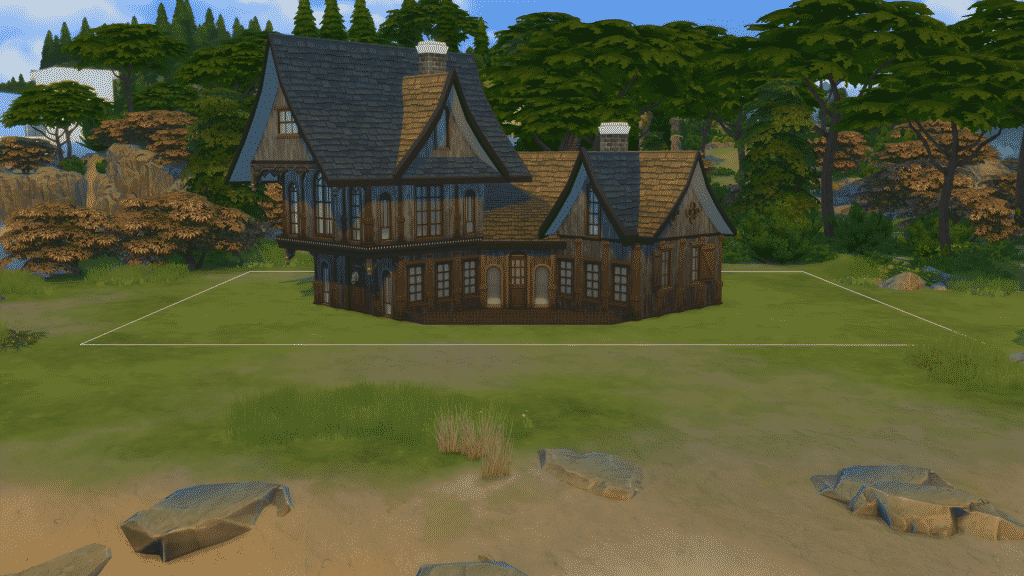 I used the driftwood log from the debug-list, enlarged it, and raised it to be the roof trim over the door: 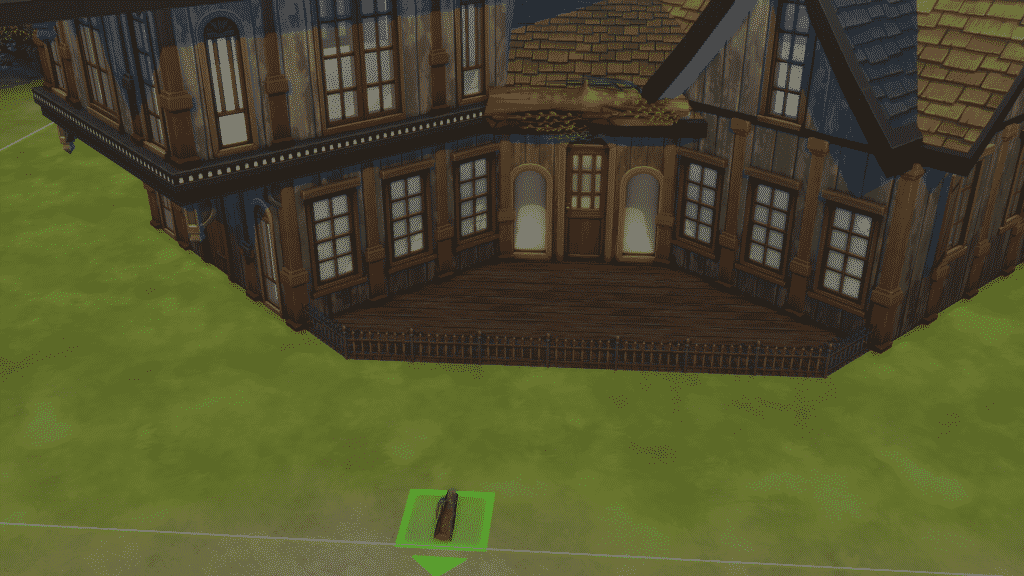 A sign and some ships: (It is a restaurant after all) 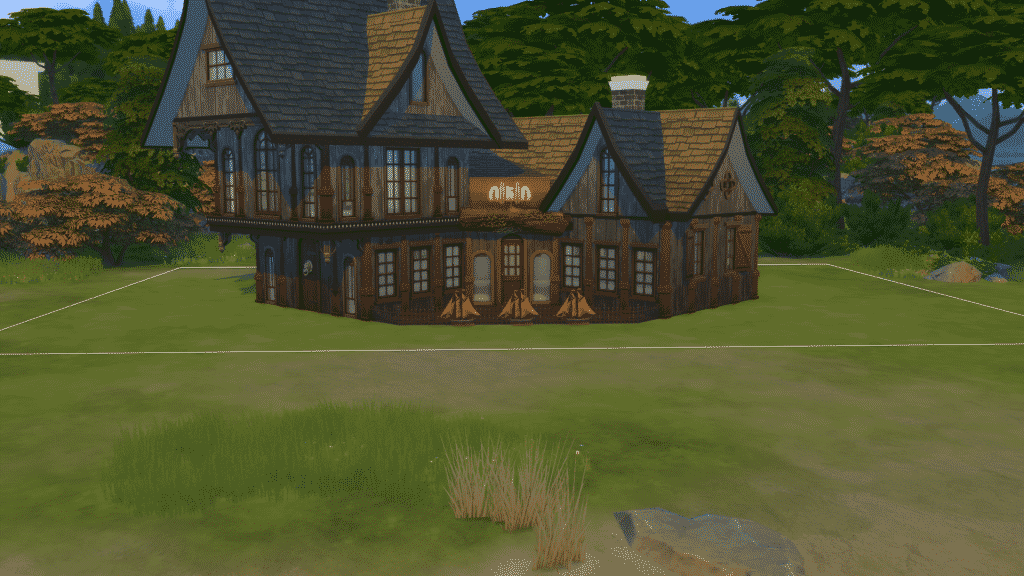 I decided to corner it in with more driftwood, pillars and spandrels, yes, spandrels….Spaaandrels! Then I used the debug “hand-crafted” chairs and Spooky Stuff tables with what appears to be a ripped tablecloth. The barrels with flowers are from Dine Out, and they just happened to be perfect for this theme. I also found it very fitting to use some spiderweb and lanterns hanging from the….I know: SPANDRELS! 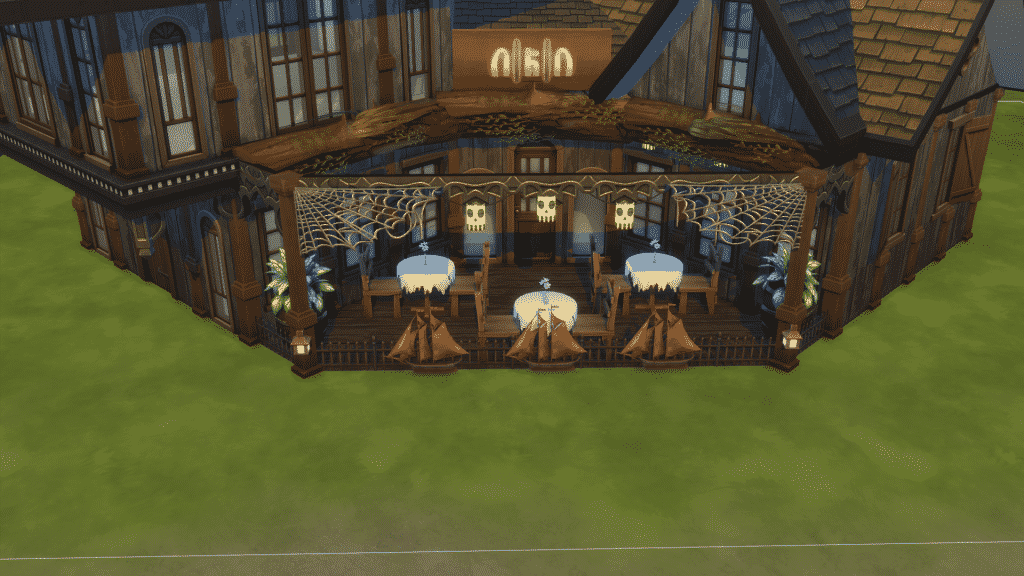 In the debug list there is a plank, which I enlarged and made a path with. Curvy, of course. I thought it gave it quite a “piratey” touch! 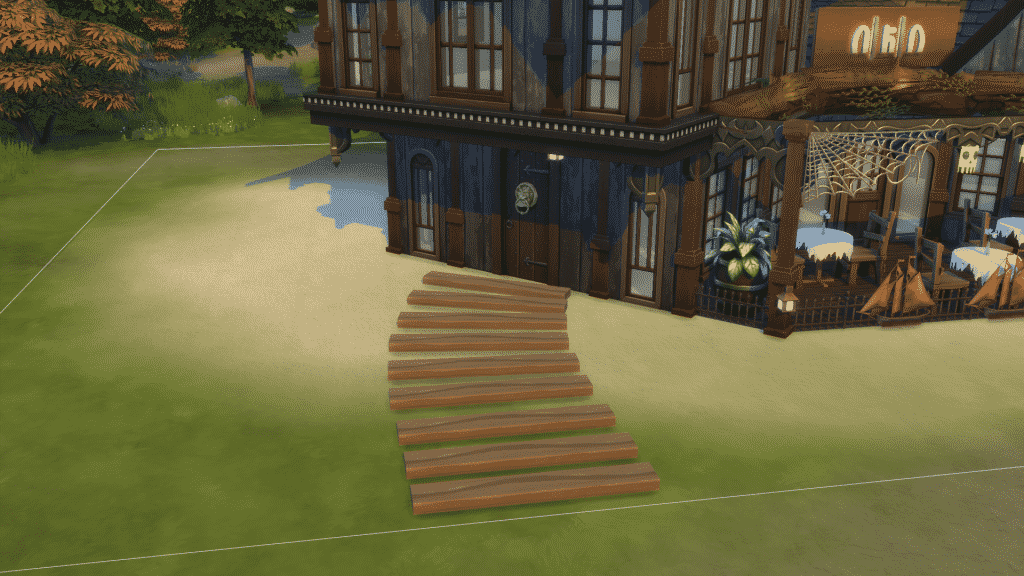 The pictures below are some suggestions on how you can decorate the outside. I felt a strong need for palm trees, and what I consider tropical-looking bushes and flowers.

I also like to make natural-looking flowerbeds, circling bigger flowers with various rocks and green bushes.

A Sims 4 builder, who's main focus is to upload houses and nightclubs to the gallery for others to enjoy. I love focusing on landscaping and exterior, but also decorating houses in themes. I make room-series and house-series, and when I have the time I make houses on request!