The Sims forum member NeonHighways pointed out that in one of the new City Living concept art pieces from the latest EA Blog there’s a washing machine:

As you know, washing machines, along with the recliner sofa in the image seen above have never been realized in The Sims 4.

Although objects that get featured in concept art pieces don’t always mean that The Sims Team is considering them for development , it may be the case that this object makes its debut in a different pack.

One of the concept art pieces for The Sims 4 Get Together featured market stalls. This idea didn’t get realized for this pack but a very similar feature that lets you sell objects in the streets made a debut in The Sims 4 City Living. 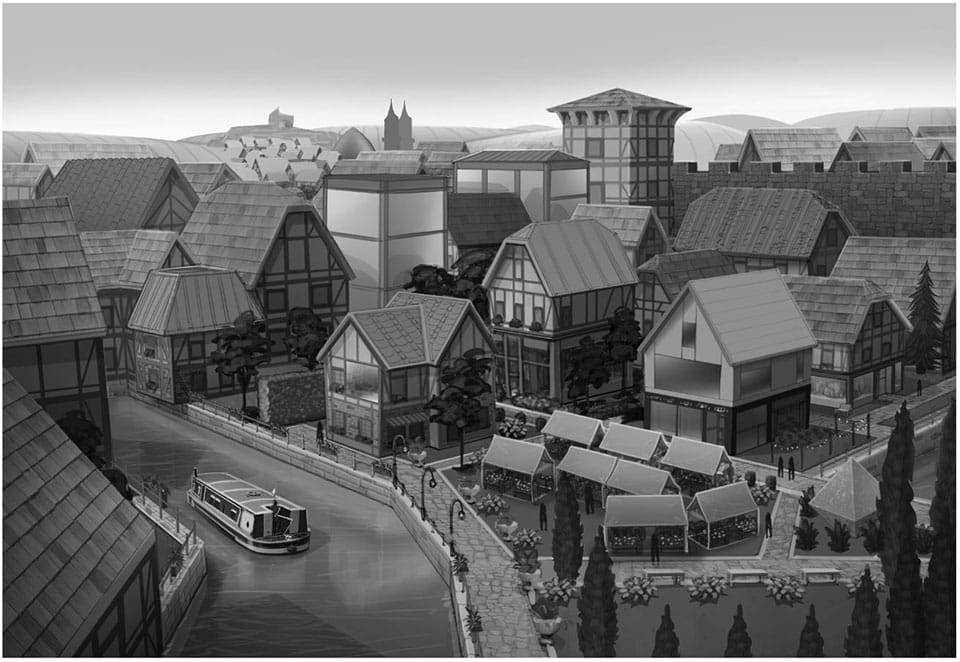