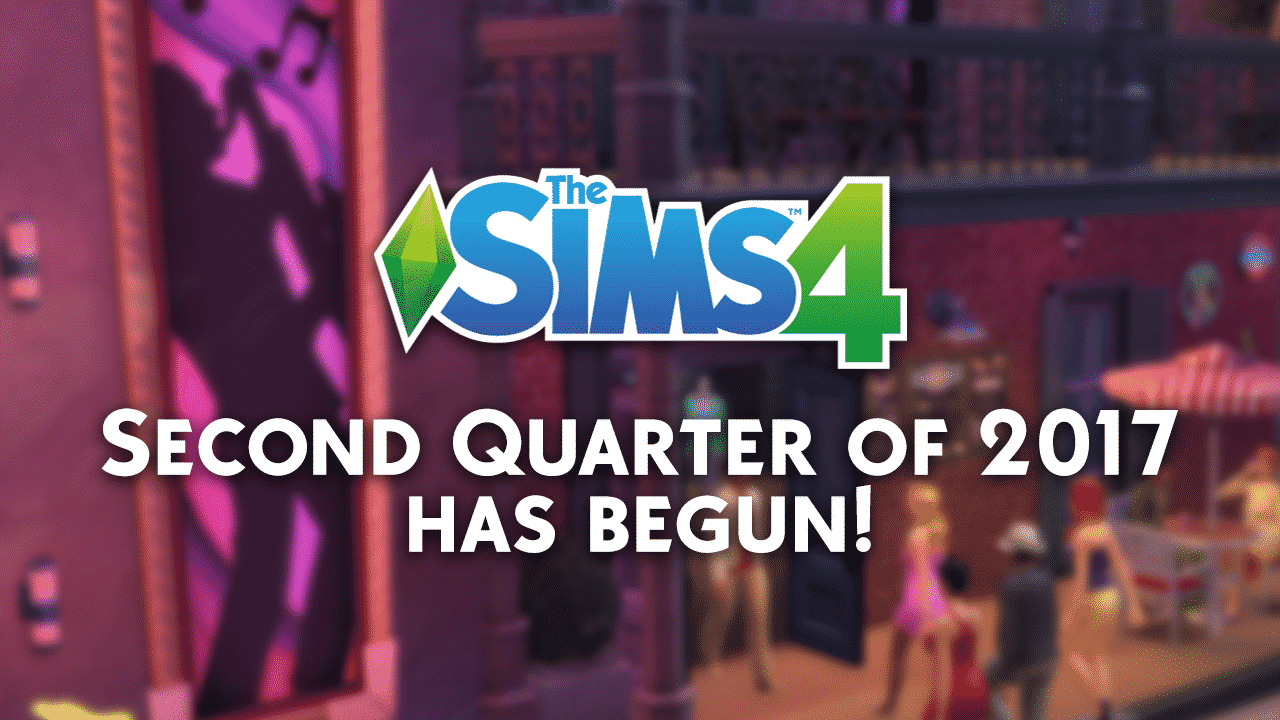 It’s finally April, which means that the first quarter of 2017 is behind us! Before I continue speculating what we might get in the next quarter, let’s take a look back at all the things we received in the last 3 months:

All in all, it was a really nice quarter which brought a lot of simmers back to the game thanks to the long-awaited toddlers update. Still, that’s not all what the first quarter of 2017 has brought.

Along with The Sims 4 Toddlers Update we also got some big clues that The Sims 4 Pets is in development. We don’t know exactly when the pack could be announced/released but we do hope that it’ll be a similar pattern just like with The Sims 4 Vampires Game Pack when a lot of clues / game icons were leaked in a patch just a month before the pack’s announcement.

Starting today, we can expect a quarterly teaser for The Sims 4 content that’ll be releasing from April to June. I surely hope that The Sims Team will continue delivering their promise that 2017 will be a great year for The Sims 4.

What do you expect from this quarterly teaser? Let us know in the comments!