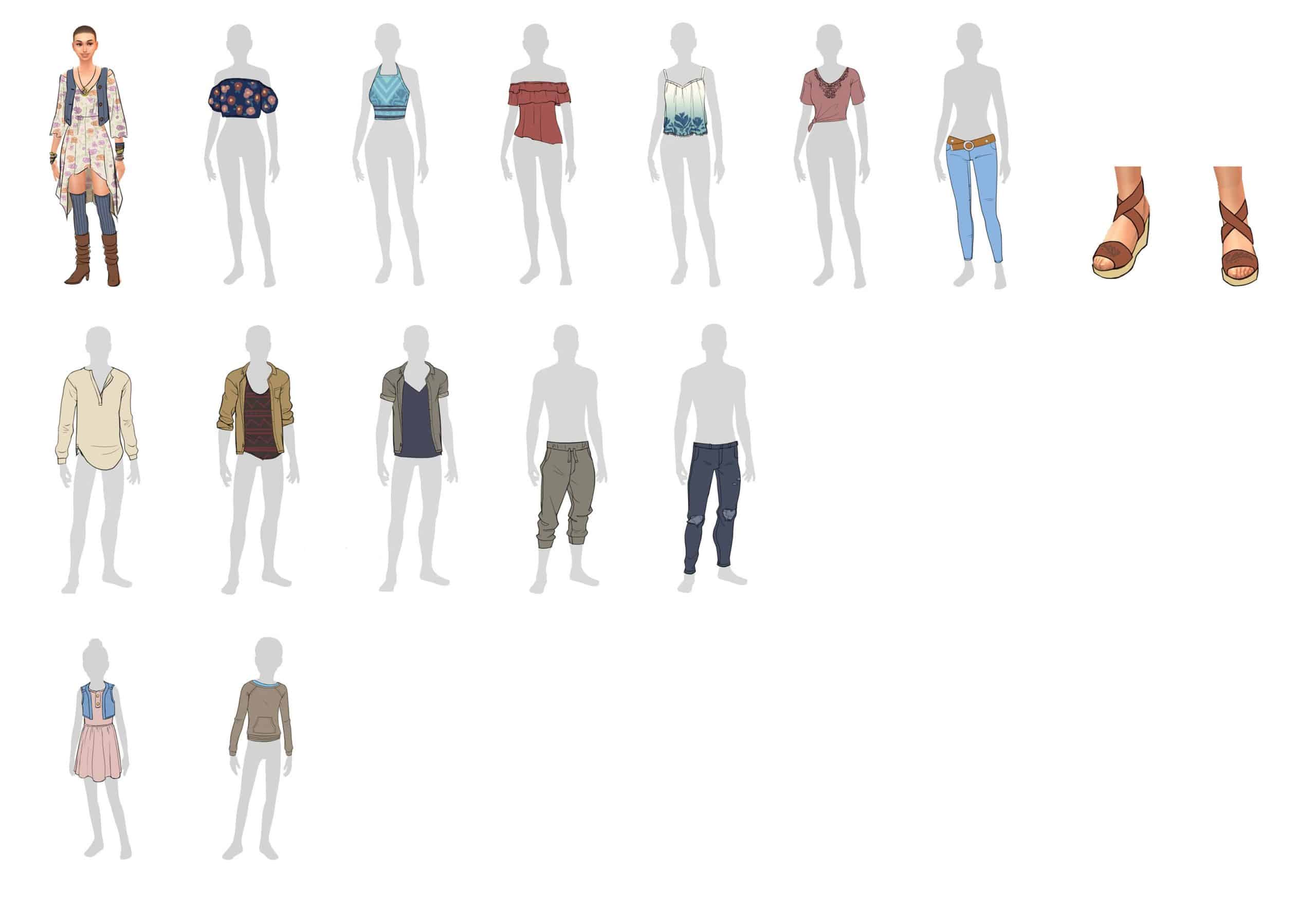 SimGuruGraham finally revealed all the clothing that made the cut into The Sims 4 Eco Living Stuff Pack. He explained more and shown which clothing items made the cut in the blog below:

Thanks again to all of you who took part in the recently held Objects and Clothing vote! The survey placed the power in your collective hands to guide the course of this upcoming Stuff Pack, by helping determine which specific objects and clothing you wanted to see included. If you’re just catching up on this project, you can read the blog that preceded this recent survey to discover more about which stage of development we’re currently in.

This past Sunday, we posted the results of the Objects portion of the survey right here on the forums, which revealed the 29 objects which will be part of this pack. Today I’m happy to share the other half of the survey results, and unveil the winning pieces of clothing that you’ll be able to dress your Sims in when you get your hands on this Stuff Pack. In addition to the clothing shown today, there will also be three new hairstyles included in this Stuff Pack. Stay tuned for a forum post in the coming weeks that shows these hairstyles, and discusses how we selected them.

The survey presented you with a difficult proposition, asking you to select just 14* winners from 64 unique pieces of concept art. As with the objects vote, the winners by and large represent your top 14 selections. In the pursuit of transparency throughout this project, I’ll share that we did make a few adjustments to ensure that there is variety in the choices selected, with some representation across each of the ages and genders that were included in the vote. If you’re curious to learn more about why we tweaked the winning list, I explained our development approach in-depth as part of the Objects and Clothing blog.

*Many of you commented on the forums during the survey, wondering why the clothing shown in the style vote wasn’t also included as options to vote for within the clothing vote. As you may have noticed, all of the assets shown in the art style image were redrawn in greater detail for the Objects and Clothing vote. Some of the assets even went through some changes, as our concept artists refined their vision from the broad room view, to an individual study of each piece. While we’d intended to do the same for the clothing, the pieces shown inadvertently slipped through the cracks and weren’t redrawn in time to be included in the clothing vote. Because many of you felt passionately about these pieces of clothing, we’ve decided to also include the dress, boots, and stockings that were shown on the woman from the style vote. For the men, we’ll incorporate similar patterns and textures to the ones shown in the style vote within the variants offered for their winning pieces of clothing. The end result is that a grand total of 17 pieces of clothing will come with this pack!

These are the pieces of clothing that will be included in this upcoming Stuff Pack: 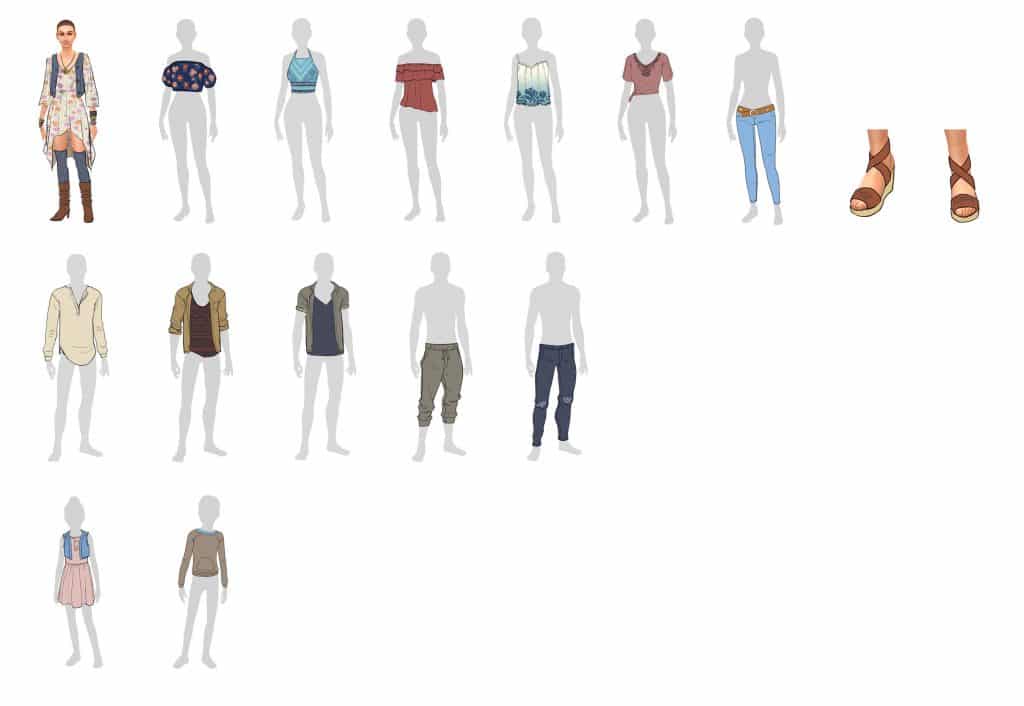