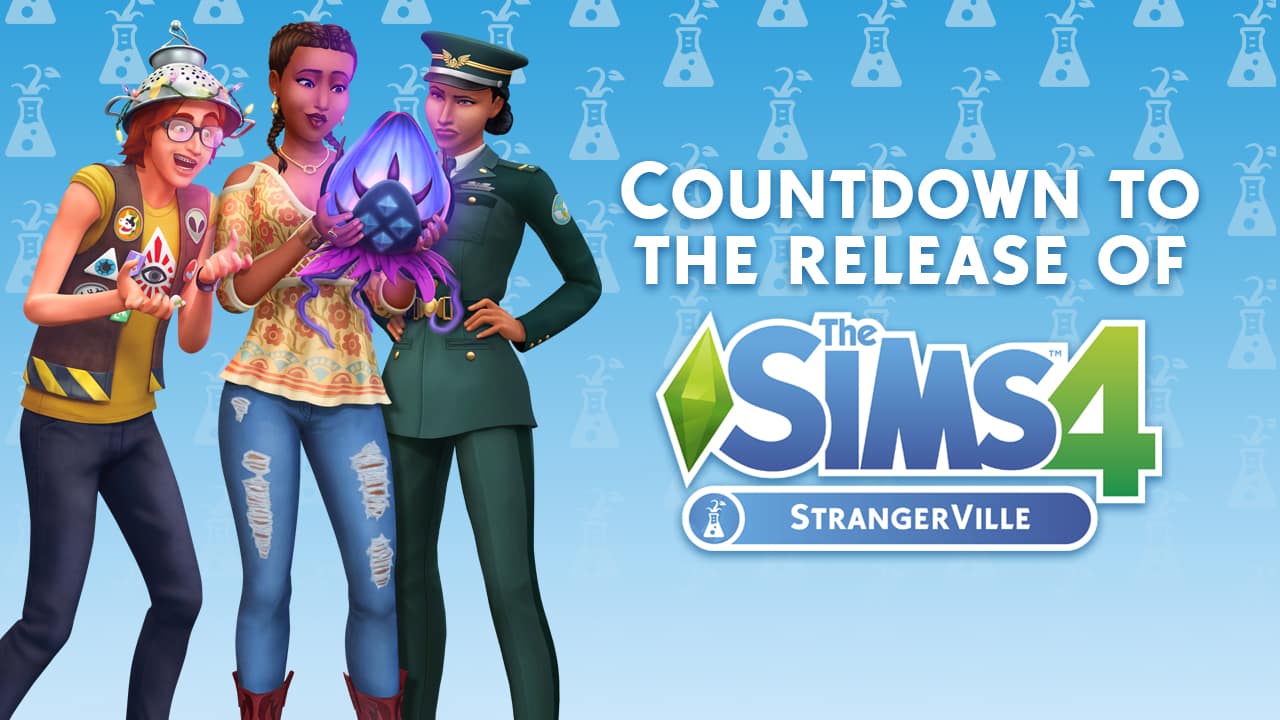 The Sims 4 StrangerVille Game Pack was announced out of the blue with only few days away from the pack’s release!

The game is scheduled to release on February 26th, 2019. Now, according to previous Game Pack releases this one isn’t going to be any different. The pack will become available for purchase on Origin starting at 9:30AM PT / 6:30PM CET / 5:30PM BT. We know that time zones can get very confusing which is why we’ve created this countdown post that counts down exactly to the release of The Sims 4 StrangerVille on PC and Mac!

Once the timer hits zero you’ll be able to get the pack immediately from Origin.com and the Origin client. You may also find the pack listed on retailers such as Amazon, GAME UK and so on but they aren’t that quick to releasing the pack on the same day at the same time.

For all the latest updates on this pack visit our StrangerVille News Category!

Make sure you join us as we livestream The Sims 4 StrangerVille LIVE and countdown together to the worldwide release of the Game Pack! Also, subscribe to our channel and hit the bell button to be the first to know when we go live with the big celebration.