This time around Origin has listed the 18th Stuff Pack for The Sims 4, which by the look of how it leaked, was a complete accident on their end. The leak didn’t reveal anything related to what the theme of this Stuff Pack could be as it was titled under the “SP18 PH Display Name” which is just a placeholder.

The leak was reported by many Simmers in the community saying they’ve found the SP18 listed under the Stuff Packs category in The Sims 4 Game Library. This listing was only public for a couple of hours until it got removed by Origin.

You can check out the screencap of this listing down below, provided by @TheKixg: 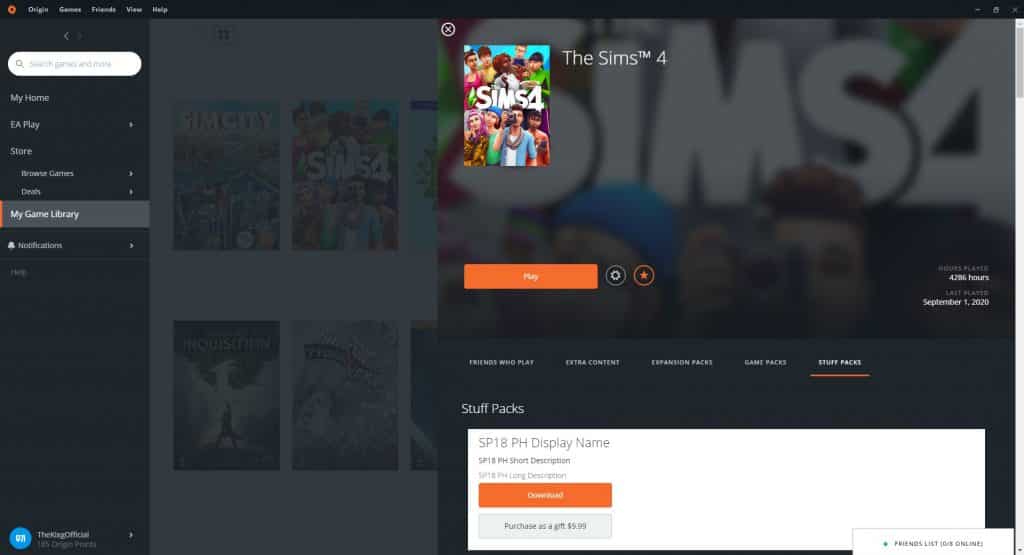 What do you think the next Stuff Pack is all about? Let us know in the comments!