It’s been known for a while that this season for The Sims 4 will bring multiple content updates and Kits only – as shown in their roadmap.

However, not all 4 Kits have been appropriately teased on the official TheSims.com website until today. The 3rd CAS Kit, which seems to be the last of this season, will “defy style boundaries” as teased below: 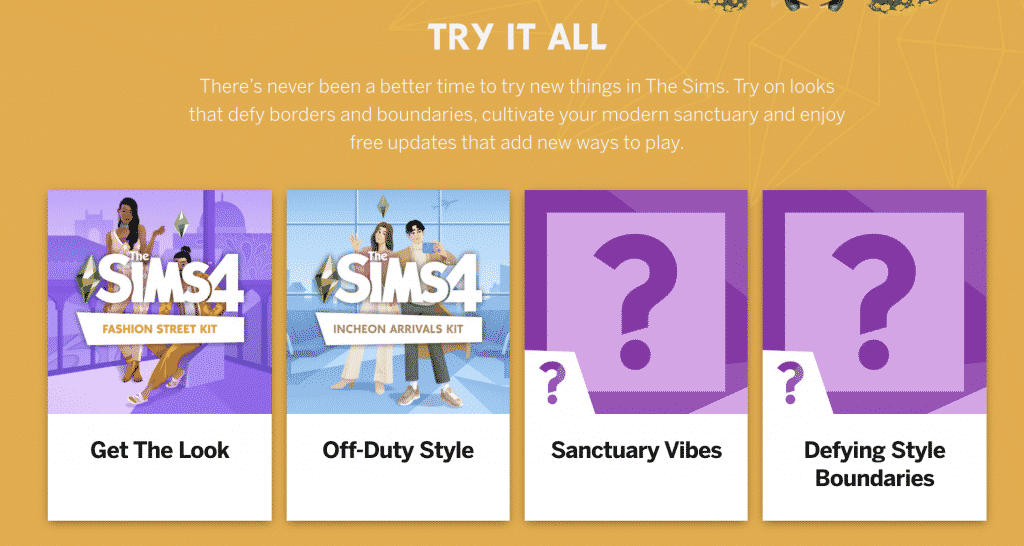 So for this season we have three Create A Sim Kits and one Build Kit which has been teased as “Sanctuary Vibes”. If we add up that number to the currently released Kits for The Sims 4, that equates to 4 Build Kits, 4 CAS Kits and only 1 Gameplay Kit for The Sims 4.

Will the upcoming Content Updates for The Sims 4 that promise to “add dimension to our Sims’ lives, let us customize our space with color and unlock new ways to play” be enough to cover the new gameplay aspect for the rest of 2021? So far we’ve gotten the customize our space part from the teaser with the 1200 new object swatches update. 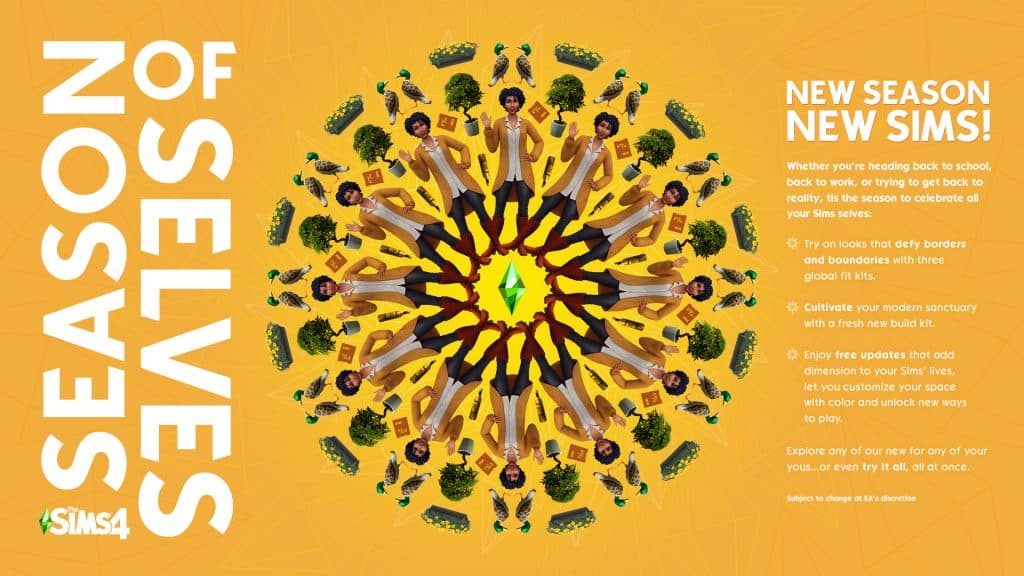