Halloween is just a matter of days away, and I thought it would be fun to build a Haunted House. I knew that this wasn’t going to be something easy or as straight forward as I imagined because of what I had in mind for it to look like. I knew that this was something different for me to build, and I was ready for the challenge. Sometimes you just need to change it up and build something outside your comfort zone.

I set about choosing a lot to build my Haunted House. I wanted something that wasn’t too big but not too small. I settled on a 30×20 lot in Newcrest for the time being. It took a few attempts to get a rough shell, but eventually I came up with one that seemed to work. Added a bit of initial terrain manipulation and went from there. 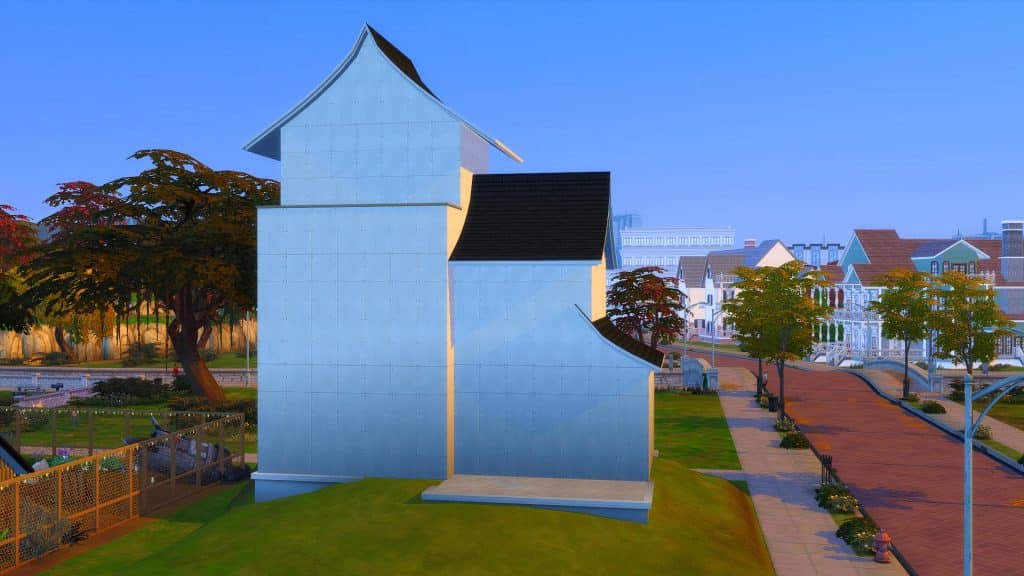 At this point I wasn’t overly happy with the roofs. I tried several different combinations and nothing seemed to work how I wanted it to do so. Roofs in The Sims 4 has always been something I’ve struggled with, but I guess I was too used to just using Auto Roofs in the past. Regardless of how they looked at the time, I knew I could come back to them later on.

Slowly but surely the exterior was starting to come together. I ended up spending around an hour tweaking the roof and finding something that worked better than what I first placed down. While I still had a few changes that need to be made, I wanted to leave those until I started to focus on landscaping. 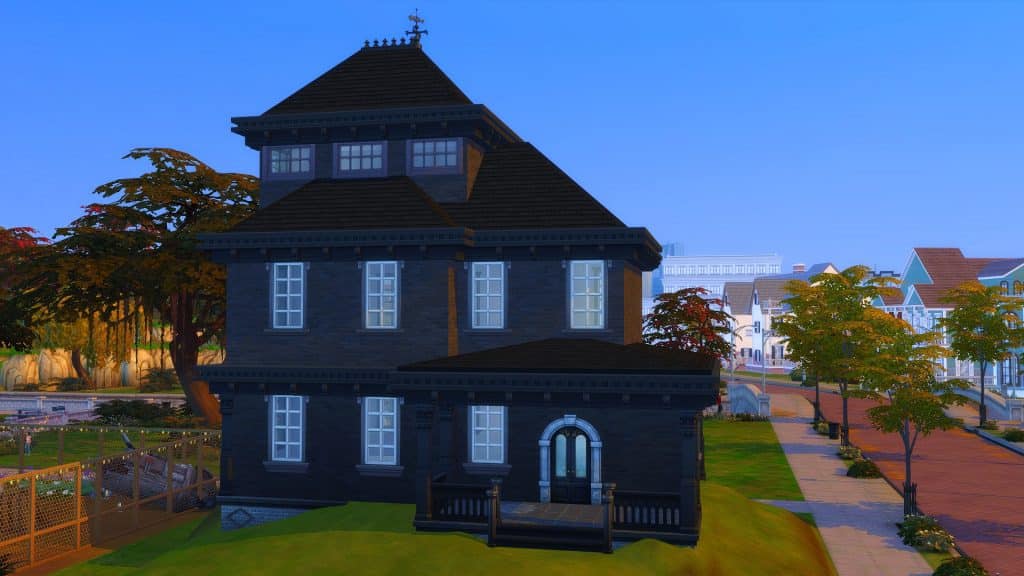 Even though I was looking forward to furnishing my Haunted House, I was worried that it wouldn’t turn out the way I was hoping it would. I was planning to utilize The Sims 4 Get Together, Vampires and Realm of Magic as well as The Sims 4 Paranormal as they obviously have a good selection of items that work perfectly for a Haunted House. While it seems like a quick win with the packs mentioned, I wanted this to be a Haunted House where Sims would be living on a day-to-day basis. This also meant that I would be utilizing the Haunted House Lot Type that came with The Sims 4 Paranormal.

As for the rooms in general, I wanted to try my best to keep them simple but with more of a Victorian feel. I used a lot of darker swatches for the items, with the odd ‘pop’ of colour here and there. I tried to keep the more vibrant colours in either the wall coverings or selected items.

I also used a lot of the Wall Decals from The Sims 4 Vampires Game Pack, as they added another level of detail to the build. While there are Sims currently living here, it helped show the wear and tare from over the years.

Take a look at the gallery below to see how each of the rooms turned out. Click on the individual image to enlarge it.

This was the one part of the build I knew I would have lots of fun with, especially with the DEBUG items too. I wanted to make the run-up to the house it’s self feel rundown, spooky and a little cluttered at the same time. Something that I knew would be easy to achieve given the number of objects I could use.

However, what I forgot to take into consideration was the fact I had used Terrain Manipulation and for a moment I was wondering why all my items were floating. Suddenly I remembered and had to rethink how I wanted to do this. After some experimenting and placing probably a few too many plants, I had something that I actually liked. It wasn’t what I originally set out to make, but I was happy with it. 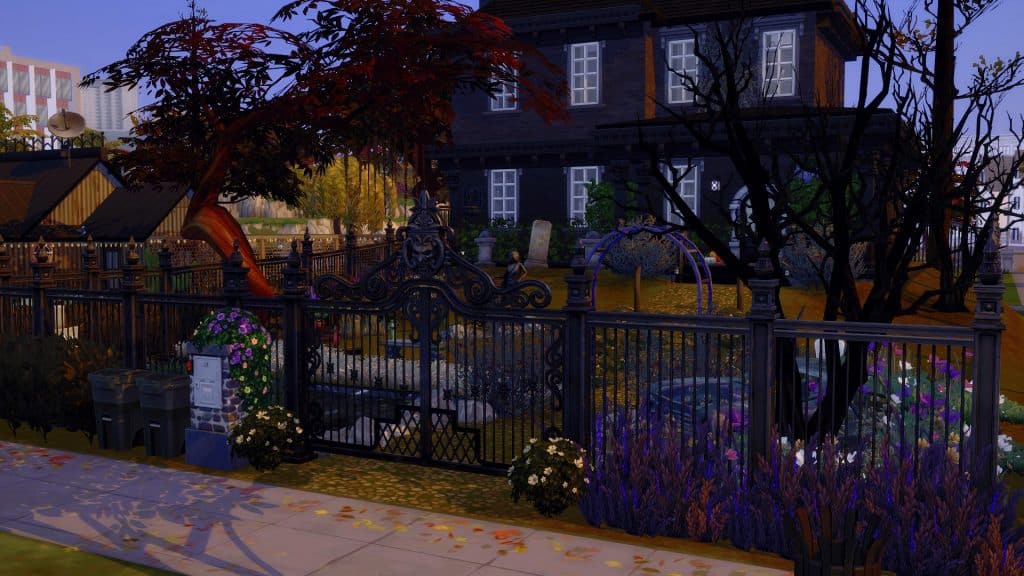 While there was a lot of trial and error, a lot of moments when things weren’t working out how I wanted or just not going well at all, I think I can say I’m happy with how it turned out in the end. There are definitely things I would change and add if I was to continue with this build or make another version of it. Maybe add a basement or secret rooms.

My biggest challenge with this Haunted House would have been the roof. I mentioned early on in this post that it is something I usually struggle with, and I think it turned out okay in the end. The Terrain Manipulation is another tool that I don’t use very often and still need to work a little more on building my confidence when I do use them.

Overall, I can say I had fun and challenged myself with this build a long the way. I deliberately didn’t set myself a budget for this build, as I knew I would go way over it if I did. Either way, I can’t wait to move my Sims in to experience what it’s like to live in a Haunted House. Who knows, they may even get to meet Bonehilda too!

This lot is available to download from The Gallery!

Let us know what kind of Haunted House you would create in game in the comments below, and don’t forget to tag us if you download this build from The Gallery!

Why not take a look at our Haunted House Community Showcase here for even more spooky builds!