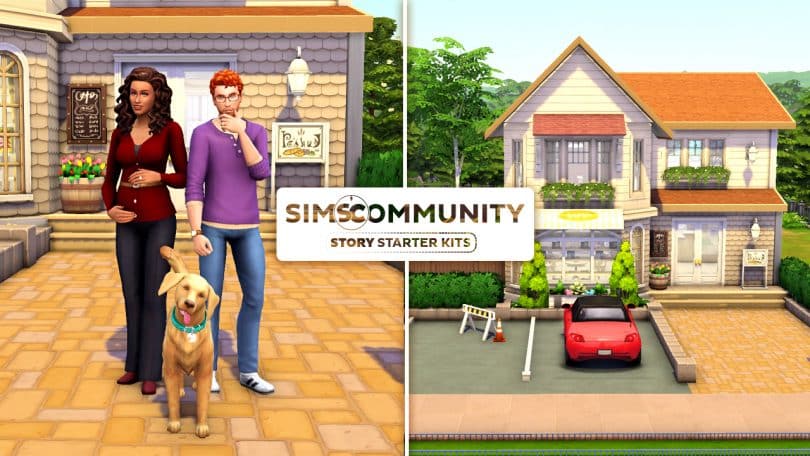 This month, we’re bringing you a happy little family who’ve just launched a new bakery. They seem like the perfect couple… but are they, really? 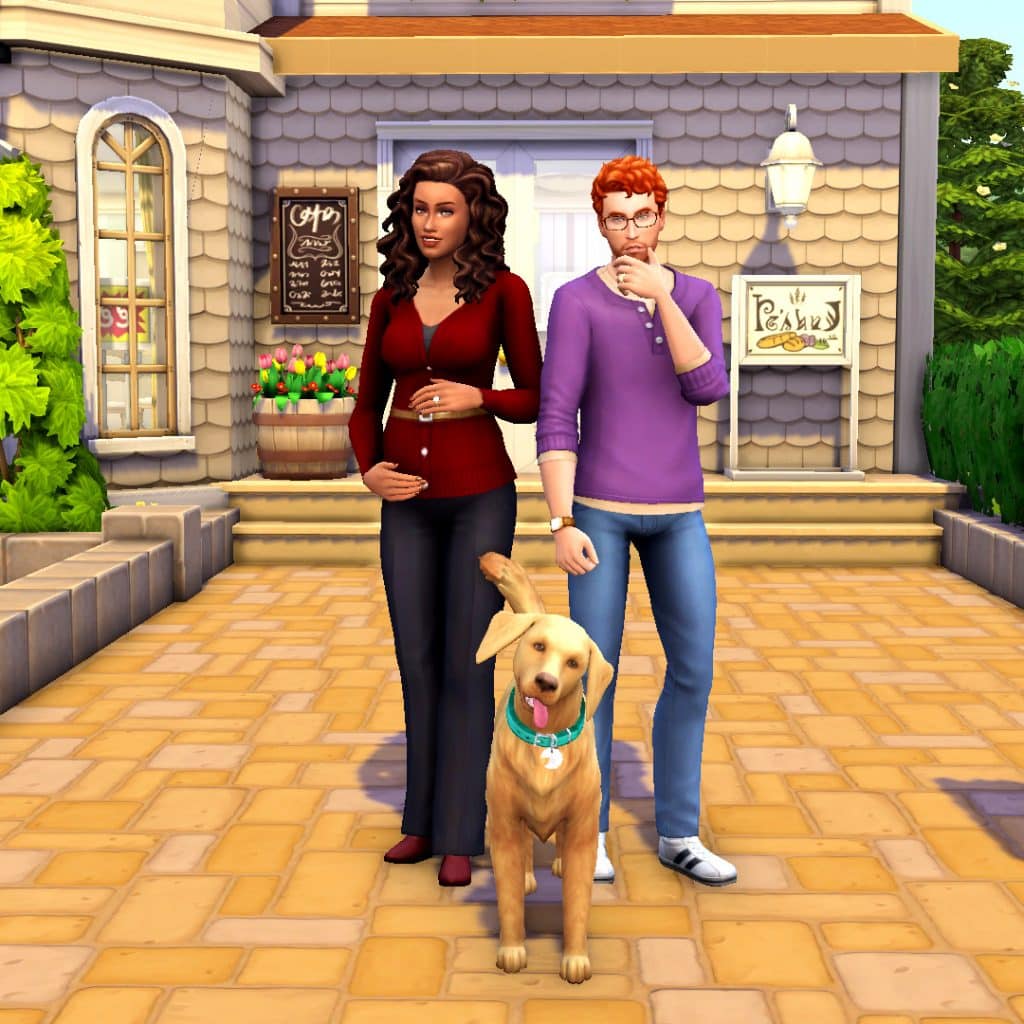 Clark has no idea about his wife’s secret identity. As far as he knows, Grace has a cushy government job working in a high rise office in Uptown. As for him, he’d been having trouble finding steady employment in the city and had planned to be a stay-at-home dad when he found out about Grace’s pregnancy until he got a brilliant idea! Now was the perfect time to start a new business venture! He’d always had a passion for baking and decorating delicious treats and now was finally the time for him to launch his own bakery! He could even work from home so he could be close to the twins while he made a living to support them.

So they sold their home in San Myshuno and headed out to the suburbs of Newcrest, pouring all their savings into purchasing a bakery with a small apartment on the second floor. The living space is significantly smaller than their old home but the spacious yard sold them. It’d be perfect for the twins to run around and play with their dog, Biscuit.

Clark is beyond excited to be starting this new chapter in their lives. He hopes his bakery will be successful and that his wife and children will be happy here in Newcrest. But Grace is having misgivings; she’d planned to give up her secret life as a vigilante to raise her children but every day she turns on the news and hears the people crying out “Where is Nightstalker?! We need her!” The people of San Myshuno are suffering without their vigilante protector and she’s finding it harder and harder to ignore their desperate pleas for help. The bad guys need to be punished for their wrongdoing and the police keep failing to deliver swift justice time and time again. Can she really be both Nightstalker and Grace Shepherd, wife and mom of two? And in a much smaller living space than before, can she keep her true identity a secret from Clark?

If Clark ever finds out who his wife really is, would he want to work things out for the kids or would the betrayal be too much for their marriage to handle?

This bakery was once a spacious two-story suburban home until a young businessman purchased it with dreams of turning it into a profitable business. The first story was renovated into a pizza joint and the second story was converted into a small apartment for rent. Sadly, the business went bankrupt less than a year after its grand opening and the place has been changing hands ever since. The newest owners are currently operating a bakery on the first floor and using the upstairs apartment as their personal residence. The spacious yard was a big selling point for them, as they have a large dog and are expecting twins soon.

Your Story Starter Kit is waiting for you! Get The Household and The Lot by downloading them from the official Gallery Website linked on the buttons below. Or, follow SnarkyWitch in the Gallery and look for Sugar and Secrets and Clark’s Confections!