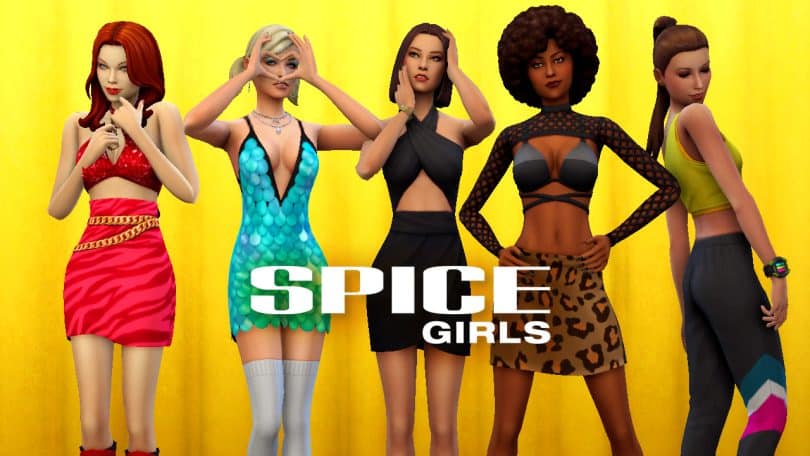 Tell me what you want, what’cha really really want!

If you’re a 90s baby like me, you probably remember the time when the whole world was obsessed with The Spice Girls. Whether you loved them or hated them, they were everywhere! On TV, on billboards, on magazine covers, even on bubble gum wrappers! They even had their own line of Barbie dolls and a hit movie called Spice World!

Yeah, they were kind of a big deal in the 90s and, being nine years old at the time, I was naturally just as obsessed with them as everybody else. I had the Baby Spice Barbie doll, Spice Girls posters all over my bedroom walls and I begged my mom to let me watch the Spice World movie.

So when Emma and Mel B made a surprise appearance on season four of Netflix’s reality series, The Circle, it reawakened my nostalgia for everything Spice Girls. I suddenly wanted to experience The Spice Girls all over again and what does a Simmer do when they become obsessed with something? They recreate it in The Sims! Obviously!

That’s right. Get ready to spice up your life because The Spice Girls are back for their reunion tour! At least in The Sims 4.

So if you need a dose of nostalgia in your game, The Spice Girls are ready and waiting for you! There are two versions in the Gallery; one with CC and one without CC so everyone can enjoy The Spice Girls!

Both versions have base game styled looks for the other outfit categories to cut down on DLC packs and to prevent the girls from walking around in totally crazy hot/cold weather outfits and such.