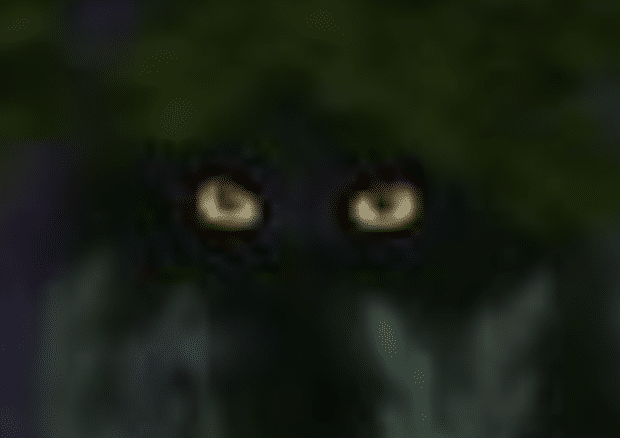 It really cannot be anything else…right? Right?!

The Sims 4 Little Campers Kit got released today along with the Moonlight Chic Kit.

The release of these Kits were announced today on The Sims’ official Twitter as well. The team published a tweet celebrating the launch, as well as two screenshots of the Kit:

Well, you should come and look closer…

Interestingly enough, those two glowing eyes weren’t present in the first released screenshot from Little Campers. Which has no glowy yellow eyes in the bushes:

We’ve already speculated heavily on the possibilities of the next Game Pack being about Werewolves. In case you’re out of the look, you can check out our erratic Werewolves News Tag!

What do you think? Let us know in the comments below!