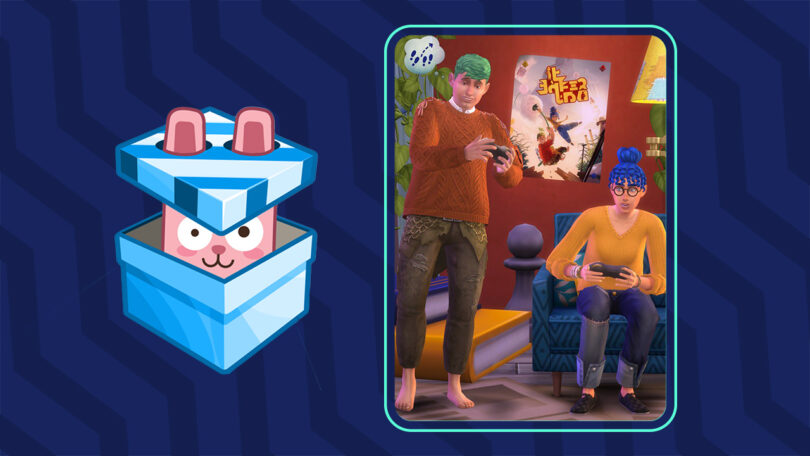 The Simlish Poster of the “It Takes Two” video game is making its way to Base Game November 7th.

EA has announced today that they’ll be celebrating a platform release of their video game. It Takes Two, a co-op video game from EA Originals and Hazelight is getting released on Nintendo Switch.

To celebrate the ocassion the two studios are collaborating. With a new Simlish poster of “It Takes Two”.

The poster is expected to be released through an SDX Drop on November 7th. EA has also shown a preview of the poster:

Stay tuned for the updates on the following drop!