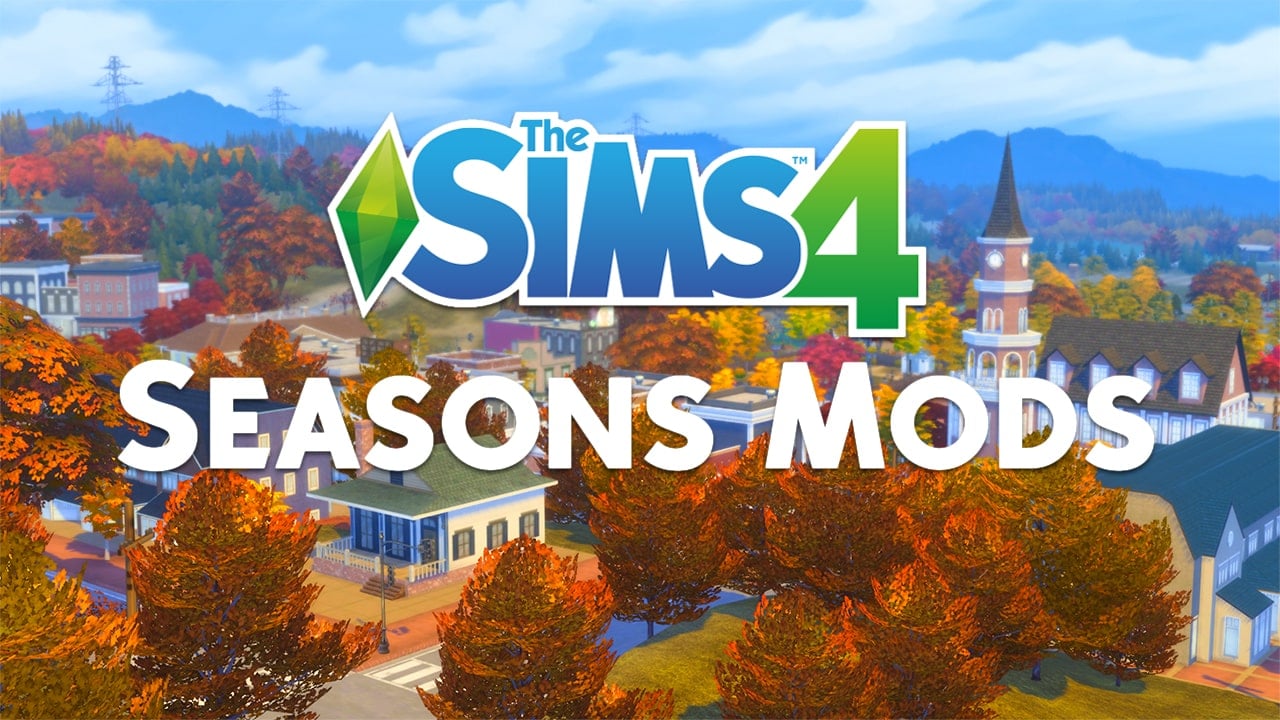 Can’t wait for The Sims 4 Seasons? These Mods will help you make the countdown ’till June 22nd go much faster! I’ve tried to include one for each season as best I could, so here are some brilliant Seasons Themed Mods:

One of the most popular mods for Seasons out there right now is the First Snow Mod! It was created by Sim Cookie in 2015. Although the Mod won’t be having any more updates it does still work for most worlds. The mod doesn’t allow you to make snowmen or snow angels but the transformation of the worlds are stunning.

The mod itself changes the textures of the worlds to snow and creates a winter wonderland, here are some screenshots of the Cats & Dogs world, Brindleton Bay:

Life is a Beach

The next mod is Life is a Beach by Fernando. This mod doesn’t change the season as such but it’s the closest to a Summer season we can get. This mod changes Outdoor Retreats ‘Granite Falls’ into a Beach destination.

‘Did you ever dream about sending your Sims on vacation to a beachy rental house? You can really run wild with your creativity – especially with the already existing additions to The Sims 4. Use The Sims 4 Spa Day to build up a spa featuring saunas and yoga mats in Granite Beach or hit the dancefloor in the new tiki bar using The Sims 4 Get Together.’

I added it to my game, changed the log cabins into Beach houses from the Gallery and Granite Falls became Granite Beach! Here are some Screens from my little Holiday:

The next Mod is some Animated Rain and Snow by SnowHaze. This mod adds a sheet of falling rain or snow, it can be found in fountain features in Build Mode. It’s more a Mod for those who want to take Seasons screenshots and perfect for storytellers! Though it only covers an area about 1×6 as long as you add many to the lot you’re taking screenshots on, it looks amazing. It goes well with the Snow and Autumn mod.

Here are some screenshots:

Last but not least is the Autumn mod by Dani Paradise, it turns the worlds of The Sims 4 into Autumn amazingness. Honestly, I think I might keep this mod in for a while as it made me gasp with excitement when I loaded into my save. The mod works for most worlds and also a few stuff packs that include outdoor themed plants. It’s perfect for those who have Spooky Stuff to really bring in that Halloween vibe. Here are some screenshots of the mod in work:

So, Will you be giving any of these mods a try? Let us know in the comments or on our Social Media pages!