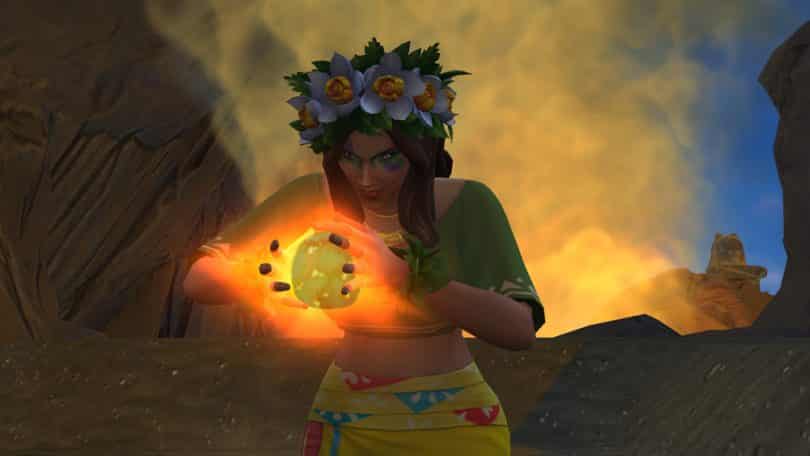 Did you know that there are three traits in The Sims 4 that can only be inherited from a parent? Did you also know that you can have a Sim with all three of these traits? It’s true! If you’ve got the patience and dedication, that is. Here’s how to do it!

The three traits are Father Winter’s Baby, Sulani Mana, and Ancient Bloodline. To have a Sim with all three traits, you’ll need the Seasons, Island Living, and Realm of Magic packs. 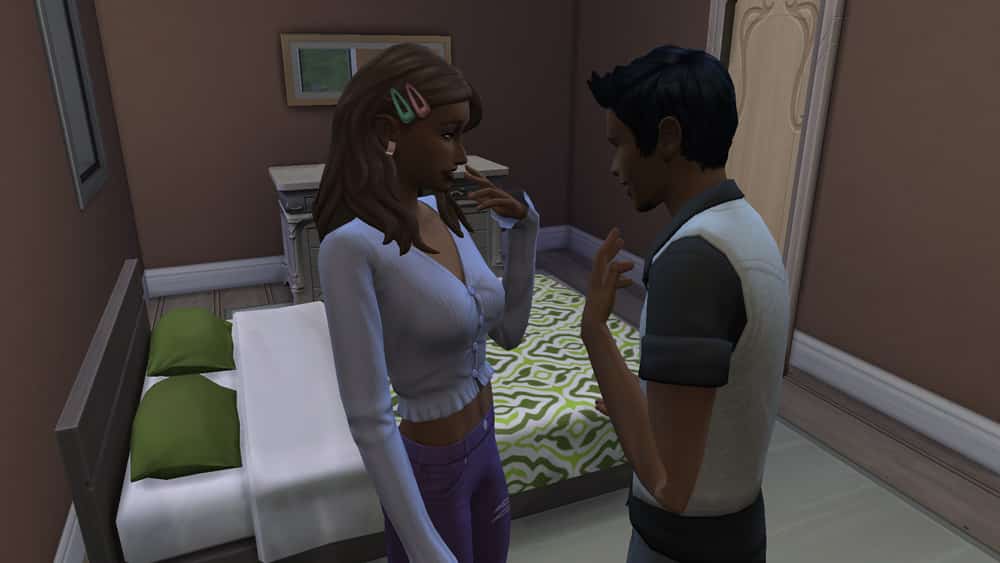 To begin, we’re going to make two spellcasters in CAS and move them into the world. Neither of these Sims have any of the traits we’re looking for, but since they are spellcasters, their descendants will! With the help of cheats to speed things along, I had these two Sims Try for a Baby and then sped the pregnancy up to get an instant baby!

This baby was born with the Weak Bloodline trait but that’s not good enough. To continue strengthening this magical bloodline trait, we need to bring in a third generation spellcaster. So our Weak Bloodline Sim was aged up to a young adult immediately and I added one of my other spellcaster Sims to the household for him to Try for a Baby with.

YES! Our fourth generation spellcaster is born with the Ancient Bloodline trait! Now to get the other two coveted traits. For that, we’ll need a change of scenery. This house is getting crowded. It’s also important to remember to give your Ancient Bloodline Sim the Child of the Islands trait. They will need to have this trait to bring the Sulani Mana trait into the family. 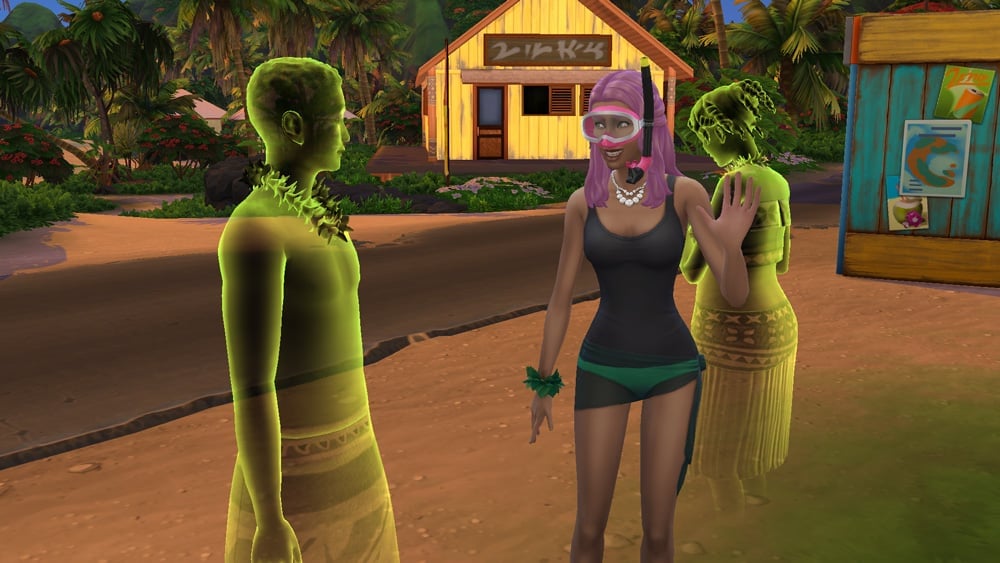 We moved our Ancient Bloodline Sim to a place of her own in Sulani and had her use the self-interaction, Summon Island Elementals. Three elementals showed up on the lot but we set our sights on one of the male ones and only talked to him. It took two visits from the elementals but when our Sim had a fully maxed out friendship bar with the elemental, she could ask him to move in. This option won’t be available until the friendship bar is completely full.

Moving the Island Elemental into the household made him human but if he is still a ghost for you, you can resurrect him with cheats or through any in-game method you like. The Island Elementals all have the Sulani Mana trait and they keep this trait even after being humanized and moved in. Yup, you guessed it. It’s time to bring in generation five with our Ancient Bloodline Sim and our Sulani Mana Sim. 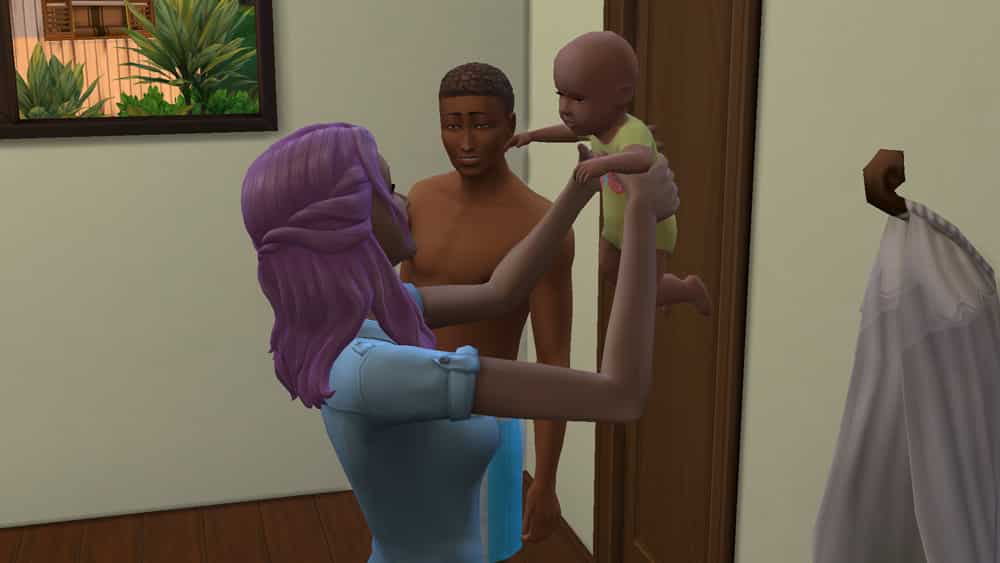 Their resulting child has both the Ancient Bloodline trait and the Sulani Mana trait! We got lucky and ended up with a female child but if you get a male, you can temporarily change his pregnancy settings to become pregnant in CAS for the next part. We still need to get the Father Winter’s Baby trait.

To do this, create a holiday for the following day and set Father Winter as a holiday tradition. It’s handy to put a fireplace in your house, too; that way, Father Winter will spawn right in your house and not down the street at 8pm. When 8pm rolls around on the holiday and Father Winter makes his appearance, it’s go time! We had our fifth generation Sim with the Ancient Bloodline and Sulani Mana traits put the moves on Santa.

When our Sim gives birth to our sixth generation, this is finally the Sim we were after all this time! This baby is born with all three traits that can only be inherited from a parent. Baby Cecilia Frost has the Ancient Bloodline, Sulani Mana, and Father Winter’s Baby traits.

So if you’re looking to do this in your own game, you’re going to have to play through (or cheat through) six generations of Sims, beginning with spellcasters, then an Island Elemental, and finally, Father Winter. Or if that’s way too much work for you, Cecilia Frost is available in the Gallery for you to download. She has no CC and is under the ID SnarkyWitch. 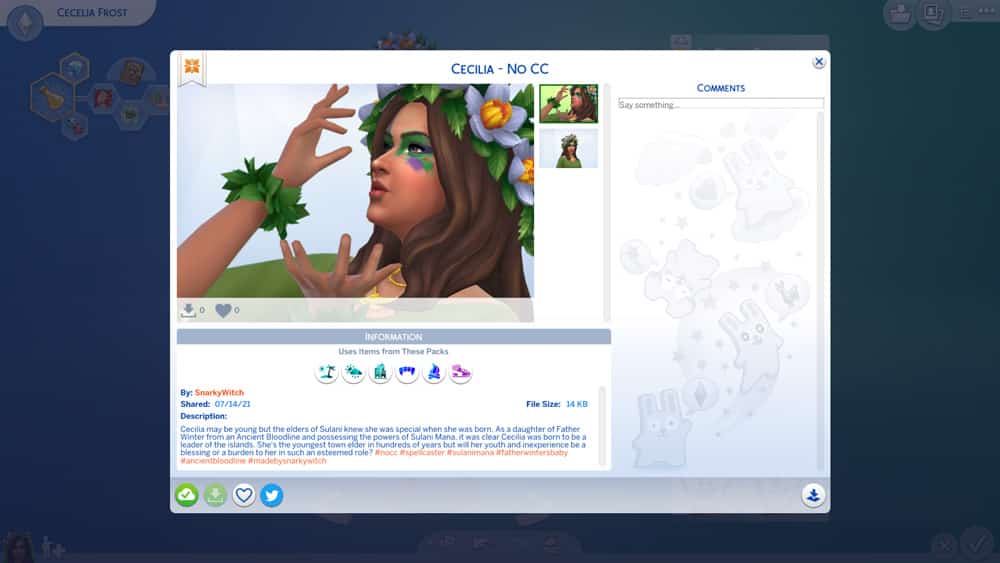 Cecilia has all three inherited traits, plus a cool backstory! Download her to skip all the hard work!