Voting is open right now and ends on 5th of November 2021!

To find out more about the Golden Joystick Awards and to vote for The Sims 4 Cottage Living, click the image below! 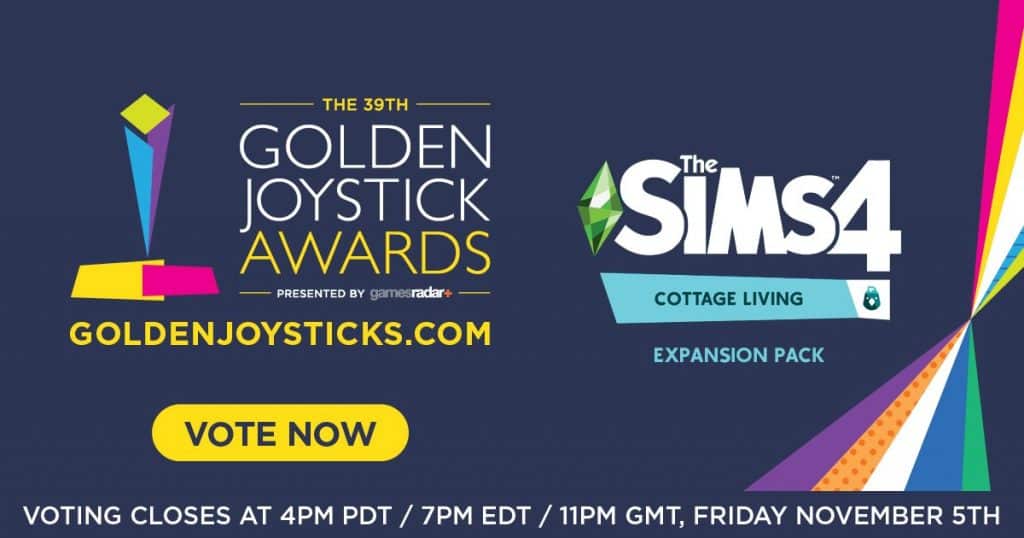 Click here to vote for the Golden Joystick Awards