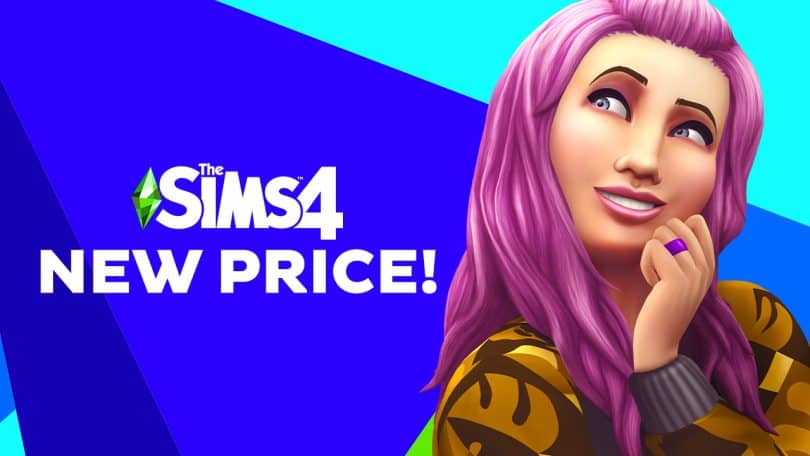 After 6 years since the last Price Reduction, The Sims 4 Base Game has a new Standard Price!

It’s been a while since The Sims 4 Base Game has been released. The latest entry to The Sims Series will mark its 8th year this September, making it the longest running installment for The Sims!

Truth be told, things weren’t always as good as they are now. Yesterday’s article about SimGuruHouts leaving the Maxis team for new adventures got me thinking about how much the Base Game has evolved not just through Build Mode, but with other features and improvements in general.

To think that the game cost $60USD with plenty of essential (and brand new) features missing out in the beginning is a lot to think about. Especially now that the Base Game has more than doubled in its File Size since the release, as a perfect testament to the game’s evolution through the Live Service treatment.

Last time The Sims 4 went through a Price Reduction was starting in August 2016, where the game dropped from $60 to $40. The 40USD – or a price equivalent to your local currency – has been around for quite some time now. Until this month!

Twitter user @TheKixg has spotted that The Sims 4 Base Game price was permanently reduced over at Steam. We checked other official services including Origin, Playstation and Microsoft Store where the game is officially sold to and available to play.

We can confirm that The Sims 4 is now sold under the price of 20USD – or a price equivalent to your local currency! The price drop is permanent according to all the official platforms. Some platforms like Origin still have a sale going on for The Sims where you can get it for 5USD. However, after the sale ends, it’ll jump back to it’s normal, new standard price of 20USD.

Of course, the standard prices of all the other DLC types remain the same. However at least the Base Game entry, which continues to be updated with new Content Updates and SDX drops, is getting a new, more attractive price.